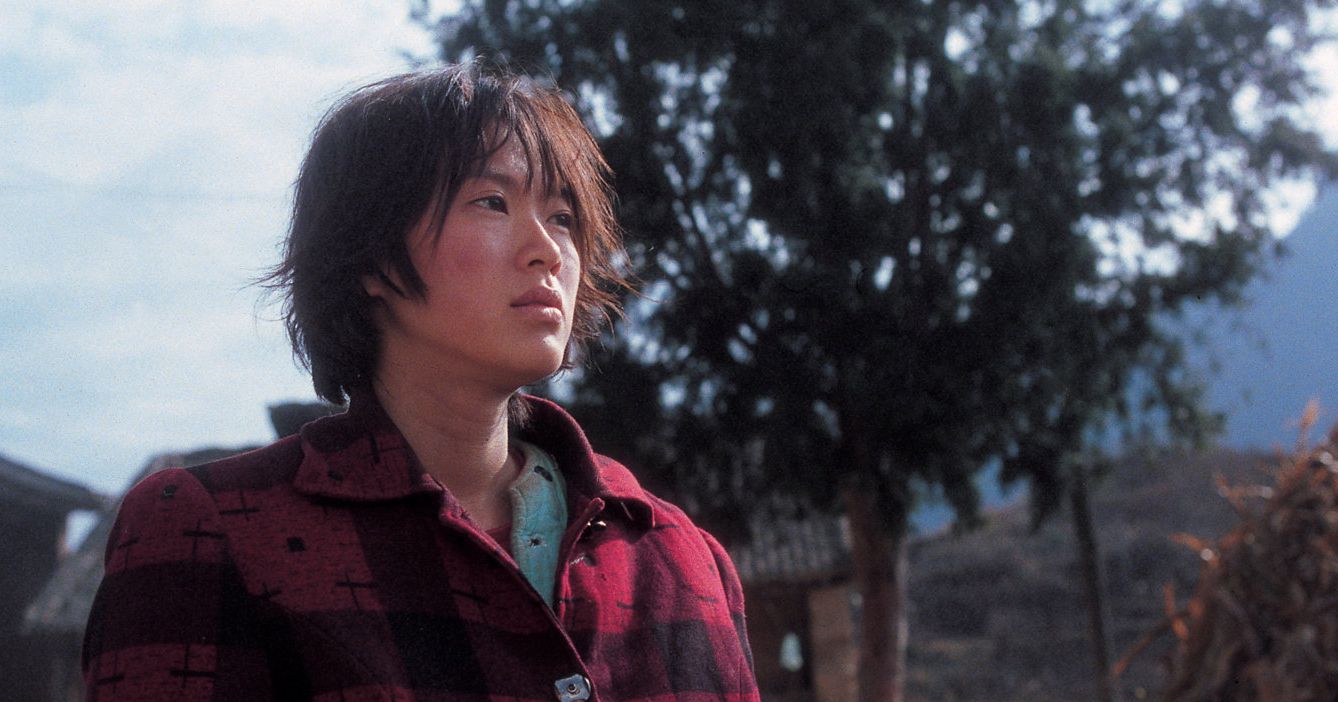 With Blind Mountain, 6th Generation Chinese maverick Li Yang continues his scorched-earth treatment of 5th Generation heroic peasant stereotypes launched by his debut feature Blind Shaft (no doubt Li is aiming for a trifecta of sightless locale titles). Picture a Zhang Yimou pastoral with a pigtailed Gong Li or Zhang Ziyi getting gangbanged by an entire household and you’ll see how far Chinese cinema has come in the past decade, for better or worse. Huang Lu, looking less glamorous but more authentically rural than Zhang’s starlets, plays Xuemei, a college student sold unwittingly into marriage to a family in a remote mountain village where the seeming majority of young mothers have been abducted. Her protestations fail to move the family, who alternate vicious beatings and rape sessions with gentle assurances that she will acquiesce to captivity once their son’s seed springs forth the child they so desperately seek. Her resulting attempts to escape lack ingenuity but are filmed with a hand-held life-or-death urgency that keeps the film compelling from start to finish. While the propulsive narrative gives the film a considerable degree of accessibility, it’s also the spur that keeps Li from settling into probing more deeply into the social forces governing this crisis beyond the level of generalization. At times the film unexpectedly hints at empathy with Xuemei’s captors, thoroughly impoverished farmers who can barely pay taxes on the pig they sold in order to purchase the bride. But such nuances quickly succumb to stark, outrageous depictions of the villagers as zombies groping after Xuemei like a Chinese hillbilly version of Rosemary’s Baby. Everyone is depicted as self-interested, from the bumbling county police officials who are too afraid to contend with the locals, to citizens on the street who refuse to intervene in “a family matter” whenever Xuemei attempts to seek sanctuary from her captors. Even Xuemei’s self-righteous condescension toward the villagers occasionally registers through her victimhood, and through her eyes we are given the sense of living in China as if among a billion impassive bystanders. There may not be a lot of nuance to this dystopia, but Li’s monomaniacal insistence on showing the dark despair lurking in the unheralded corners of Chinese society achieves its own strident integrity and leaves a haunting, inconsolable impression.

For the Love of Myra: Myra Breckinridge