The opening shot of Jason Friedberg and Aaron Seltzer’s Hangover riff Best Night Ever, of a gyrating black man’s ass, instantly sets the film’s prevailing tone of degradation. The occasion is a Las Vegas bachelorette blowout, and bride-to-be Claire (Desiree Hall), her sister, Leslie (Samantha Colburn), and friends Zoe (Eddie Ritchard) and Janet (Christa Flanagan) are looking for a good time, but they get more than they bargain for when a string of increasingly humiliating mishaps lines them up for the audience’s ridicule. Meant to be shockingly funny, the film is instead frustratingly mean-spirited.

These four ladies, whose caricatured personalities could have been messily etched from a Sex and the City stencil set, channel the gross-out m.o. of Bridesmaids. The message here may be that girls can make dirty jokes just as well as boys can, and while raunchy humor shouldn’t be the sole province of men, it’s hard to feel that a film in which the protagonists spend more time puking, ambling around drunkenly, and shitting on people’s faces than they do relating to each other shows anything resembling progress in gender depiction, or for that matter, good comedy.

After a series of improbable, messy events involving a gunpoint robbery, a Jell-O wrestling match, and a subsequent escape from an ambulance, the girls are left stranded, until, suddenly, they aren’t—and in one of many plot holes, they’re next seen having a rollicking good time. This sequence, however sophomoric, does culminate in a free-spirited montage of the girls playing a scavenger hunt game that requires them to complete a number of silly tasks, such as walking like a chicken and tickling an old man. The camera work of the neon-filled scene experimentally mirrors the protagonists’ excitingly drunken state; sans dialogue, the completion of the tasks is indicated by on-screen captions. A bachelorette party is a time for joie de vivre, and this one scene thoughtfully exudes that ethos.

But the fun, for both the girls and the audience, doesn’t last long. It’s only a matter of time before Claire and her posse are chased and attacked by a naked, overweight black woman. The scene is a return to the rote aesthetic and headache-inducing, sloppy humor that characterizes most of the film, and the presentation of a fat, naked women’s body for the sole purpose of easy laughs is cringe-inducing (to say nothing of the troubling racial dynamics), especially in a film meant to put a female perspective on a traditionally male genre of humor. Best Night Ever, then, suffers from a problem that looms like a blinking neon billboard: Friedberg and Seltzer make sure their female protagonists constantly look immature and irresponsible, and are intent on punishing them for wanting to have a good time. While a raunchy female-driven comedy is a good idea, this one represents a drunken step back. 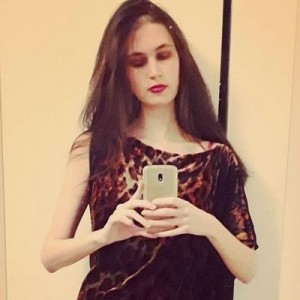 Abbey Bender has written for The Washington Post, Time Out New York, Sight & Sound, The Village Voice, and many other publications.

Interview: Alain Guiraudie on Stranger by the Lake

Review: The Lady from Shanghai