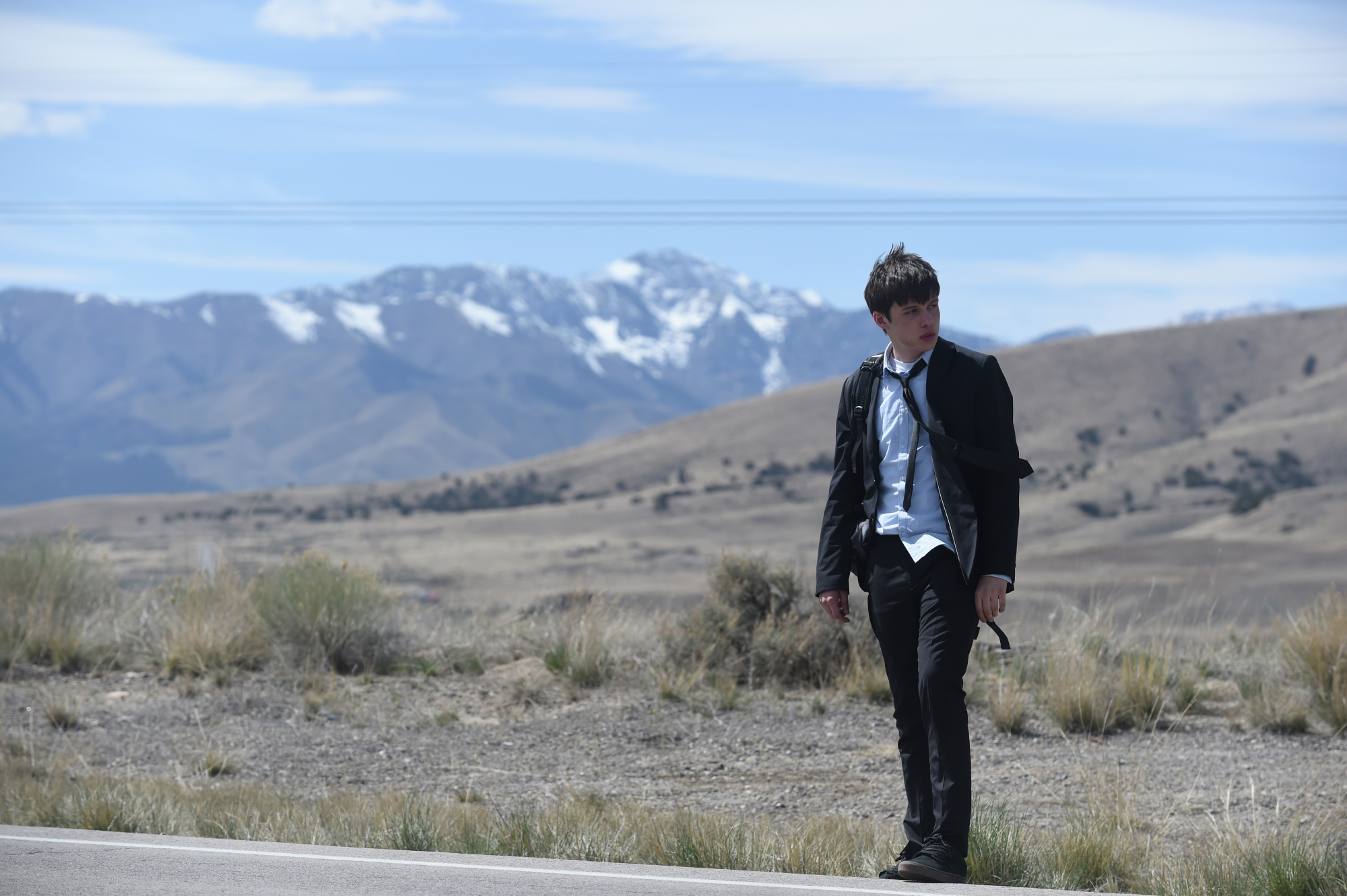 “I know what you’re thinking. I do. Who is this kid with the silver spoon in his mouth and why does he keep cooking heroin in it?” says Charlie (Nick Robinson), doing stand-up at a halfway house’s talent show. It’s a good line, particularly because it’s Being Charlie’s first and only indication that its titular character, who’s apparently spent most of the last couple years cycling in and out of pricey rehab facilities, has any awareness of how whiny and self-martyred he might appear to audiences.

Written by director Rob Reiner’s son, Nick Reiner, and a friend, Matt Elisofon, with whom Nick went through rehab for his own drug habit, this fictionalized autobiography was created in collaboration and conflict with the elder Reiner. That push-pull is echoed in the relationship between the sullen Charlie and his father, David (Cary Elwes), a former actor now running for governor of California. As seen though Charlie’s eyes, David’s tough-love approach is capriciously cruel and selfish, motivated solely by wanting to keep his son’s messy problems from derailing his political career—until the final scene, in which David tells his son that he loves him and apologizes for the harsh treatment, claiming he was just following the advice of the many experts he consulted. But their reconciliation is too abrupt and one-sided to feel unconvincing, with David doing all the apologizing while Charlie plays it cool.

Most of Charlie’s other relationships are just as unconvincing, because most of the characters are equally flattened out by Charlie’s self-focused lens. Eva, the tragic junkie who Charlie falls for in rehab, never transcends that cliché, though Morgan Saylor, looking like a bruised peach and exuding wounded wariness, makes Eva’s vulnerability feel raw and sympathetic. The other young addicts Charlie encounters, glimpsed mainly in quick cuts at group therapy or in the talent show, are a parade of mostly exaggerated sketches, while Charlie’s mother (Susan Misner) is a saintly but unaccountably passive paragon of unconditional love.

The exceptions are Travis, a counselor at the halfway house, who Common invests with rock-solid yet compassionate practical sense, and Charlie’s best friend, Adam (Devon Bostick). Naturally and unintentionally funny, Adam is the kind of guy who earnestly invokes a German tenet that work can make you free and is shocked to learn it was a Nazi slogan. He’s also the only person who can call Charlie on his bullshit, asking him “Why is the glass always half shattered with you?” and telling him that he has to “cut this sad sack-of-shit routine.” But ultimately, like the other characters, these two exist mainly to establish Charlie’s tormented-outsider bona fides, Travis as the cool black mentor (dude, he’s been to prison!) who makes Charlie cooler by association and Adam as the tragic drug casualty who ODs in front of him—right after the two declared their undying love and started planning for the future.

For all the emphasis on Charlie’s angst, including a lot of slow, sad strings and several scenes of Charlie staring tragically at himself in a mirror, the film conveys no sense of what drove him to take drugs in the first place, or of the difficulty we’re told that he had in giving them up. And his detours into darkness—especially one in which he starts out on a dirty mattress in a crack house and winds up beaten, bloodied, and disheveled in a back alley—feel formulaic and melodramatic, just the sort of thing you might expect from a pampered child of privilege who confuses poverty and peril with authenticity. Maybe Papa Reiner would have done his son more of a favor by taking the tough-love approach than by turning Nick’s adolescent, rebel-without-a-cause fantasies into this callow vanity project.