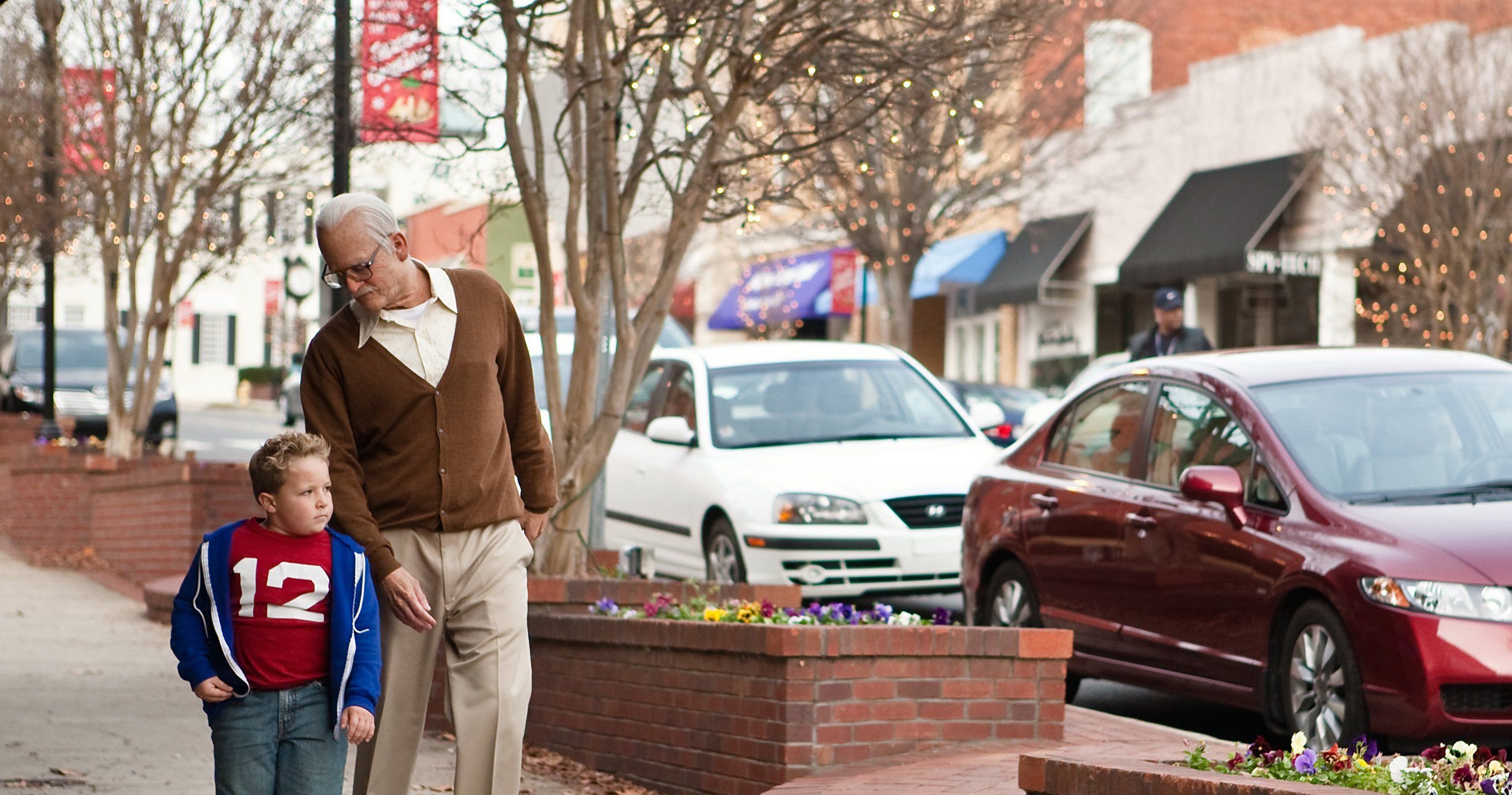 A choppy, feature-length progression of crude, predictable gags, Bad Grandpa plays like a variety show, and yet its main attraction is barely funny enough to warrant his own brief sketch. Following in the footsteps of Bad Santa and Bad Teacher, this is the latest high-concept comedy to defile a figure of apparent, universal goodness, and it’s surely the worst of the lot. Starring Jackass king Johnny Knoxville in layers of old-man prosthetics, including fuzzy drooped earlobes and a fake, age-spotted schnoz, the film may well be the laziest of the year, despite the efforts of its makeup artists. You’d be hard-pressed to find a single novel idea here, as Bad Grandpa doesn’t just recycle the tired punk-the-public Jackass formula, it apes the similarly candid, one-man-army pranks of Sacha Baron Cohen, whose fame has killed the anonymity vital for future street-side antics. The movie also manages to eventually rip off Little Miss Sunshine, and right when you’re ready say, “I’ve seen all these jokes before,” one character tells another to “suck a bowl of dicks,” meaning the script is even swiping material from Louis C.K.

The plot, if you can call it that, concerns 86-year-old Irving Zisman (Knoxville), who’s thrilled to suddenly be a widower (“We’re free, Leroy,” he says to his penis), but must try to curb his oat-sowing to look after his grandson, Billy (Jackson Niccoll), whose mom is headed to jail for abusing Hollywood’s favorite punchline drug, crack. Irving is tasked to take Billy on a road trip to live with his father, whom a seemingly unsuspecting female social worker meets via Skype, during a session that sees the father take bong hits and learn from a scantily-clad guest that custody of Billy could net him $600 a month. All of this unfolds blandly as hell, and Bad Grandpa’s deficit of originality is made doubly worse by its lack of spontaneity. It may have helped that they weren’t hampered by bogus, overarching narratives, but at least the Jackass movies boasted the dangerous sense of flying by the seat of one’s pants. Virtually every Bad Grandpa stunt feels both telegraphed and overly choreographed, from Irving’s wife’s corpse falling out of her coffin during her funeral to Irving being launched, via a “malfunctioning” child’s ride, through a storefront window.

The film has its share of gross-out moments, most involving faux genitals that Irving literally can’t keep in his pants, but more often, the gags are hinged on the notion that old folks say the darnedest things, which Bad Grandpa exploits for its litany of uninspired racist and sexist nyuks. This is the sort of movie that’s expected to offend, but there’s something about Knoxville’s delivery, and the dramatic irony of knowing it’s him and not an actual grandpappy up there on the screen, that render the envelope-pushing lines off-putting, even in this context where they’re par for the course. The trouble may just be that Irving telling a Mexican saleswoman that his Spanish name is “El Mucho Ding Dong,” or inquiring if a black male stripper “has a big Tootsie Roll,” are merely cheap, and miles away from the jaw-dropping audacity of Baron Cohen’s shock-fests. Eventually, the film’s lack of unabashed commitment, and reliance on stereotypes, deprive it of the safety of being an equal-opportunity offender.

Directed by Jeff Tremaine and written by Tremaine, Knoxville, and Spike Jonze, who now has his name attached to both one of 2013’s jewels (Her) and one for its garbage heap, Bad Grandpa only truly scores laughs with reaction shots of the passersby it preys on, and even then, they’re fleeting. For every hilariously embarrassed bystander, like an upright mom at a Honey Boo-Boo-style pageant where Billy dresses in drag and strips to “She’s My Cherry Pie,” there’s someone who inspires genuine pity, like a woman who almost literally has a heart attack when duped into thinking she nearly killed Irving with an electric bed gone wild. The stunned look that trumps all is probably that of an elderly man at a diner, who’s left flabbergasted when Irving aims to pass gas, but instead sharts all over the wall with violent force. You’ll laugh, of course, but it’s very telling that, during this comic peak, the witness in the scene is staring at shit.