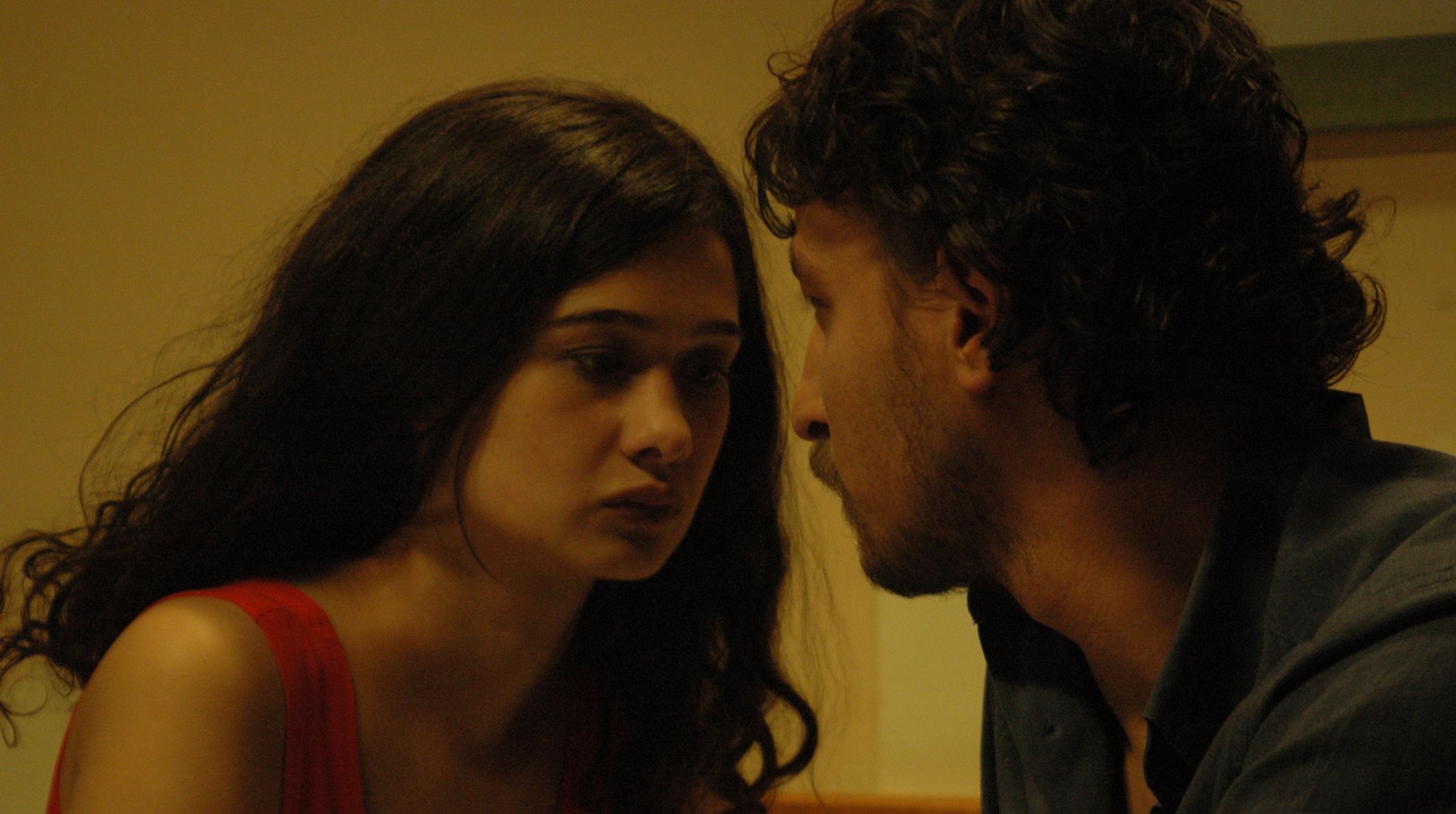 Life’s prisons, whether behind bars or outside of them, are the underlying theme in Özcan Alper’s visually gorgeous but ultimately listless Autumn. After a 10-year stretch in jail for taking part in anti-government demonstrations, Yusuf (Onur Saylak) returns to his rural Turkish hometown a brittle shell of a man. Weak-lunged, unable to sleep, and utterly numb, he seems to have had his vitality scraped away along with his youthful political ideals. (“You know, it looks like you don’t live in the present,” another character observes.) Shacked in a wood cabin with his elderly mother, Yusuf spends most of his time hanging out with a fellow former radical (Serkan Keskin) who’s settled into a secure, uneventful position as the village carpenter, helplessly flashing back to stock footage of protests and prison riots, and watching as the eponymous season slides into winter. Along the way he meets Eka (Megi Kobaladze), a Georgian refugee who sells her body in order to support her family across the border, and who, like most movie hookers, is really an angel in disguise with a taste for soulful Russian literature. The two laconically flirt toward a mutually regenerative romance, but Yusuf’s most telling relationship remains with the majestic landscapes around him, which, often framed and boxed in by doorways and windows, suggest a variety of camouflaged prison cells. The contrast is between the protagonist’s apathetic wanderings and the weighty pictorialism of his natural surroundings, a disparity pulled off brilliantly in Lisandro Alonso’s superior Liverpool but for the most part turned into ponderous calendar-art sprawls here. Autumn sets out to grapple with cultural identity and the desolate passage of time, yet succeeds mostly in illustrating how some art-house clichés never go out of season.

The Territory Review: An Eye-Opening Look at a Fight Against Deforestation