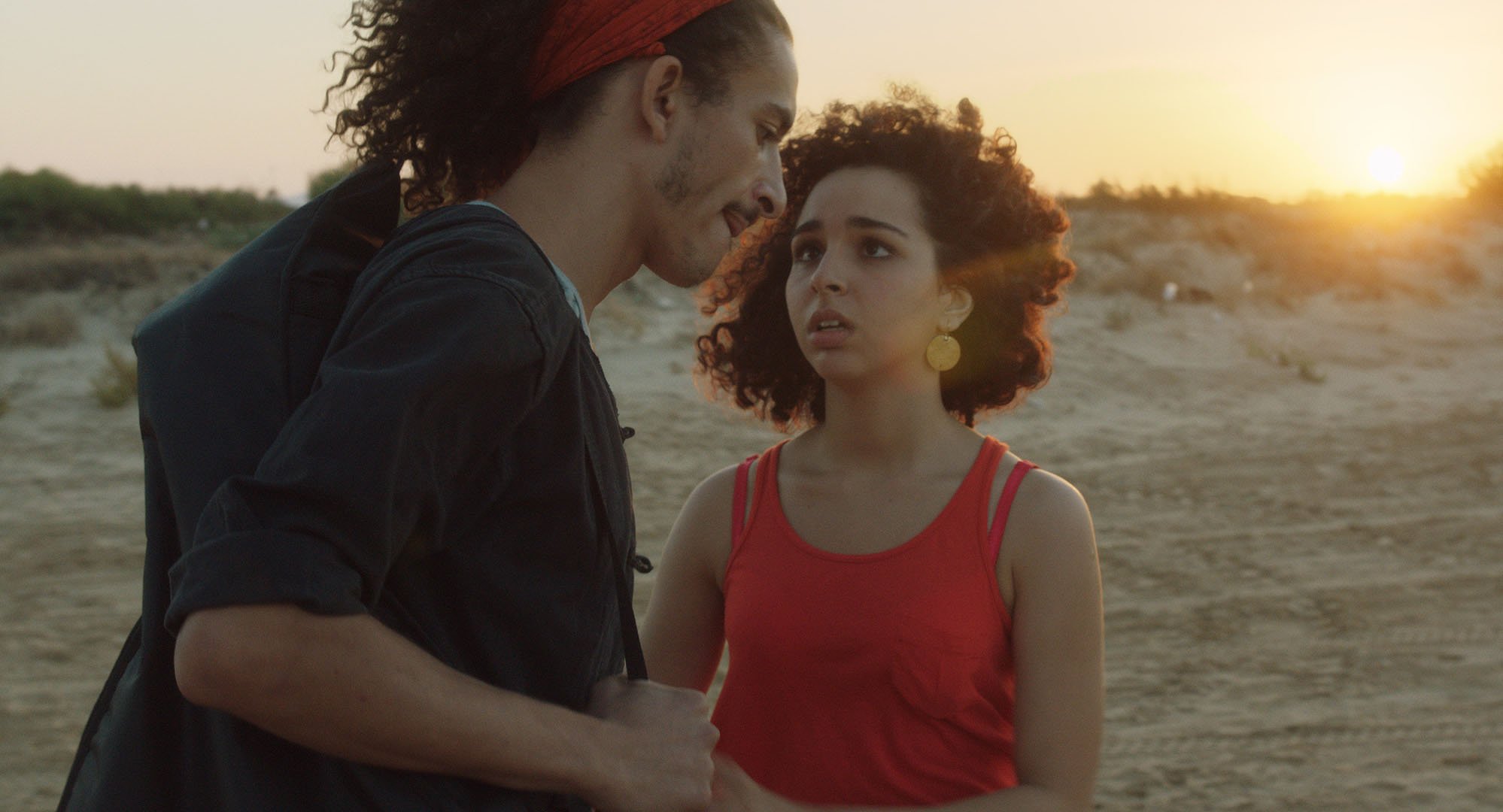 Set in Tunis in 2010, a few months before Tunisia’s Jasmine Revolution, As I Open My Eyes abounds in diaphanously dangerous beauty. In her feature debut, Leyla Bouzid displays considerable talent for dramatizing how young people eroticize peril and risk due to a lack of experience. Bouzid’s fluid and multilayered frames, captured by a handheld camera, often suggest that she’s been inspired by Olivier Assayas’s own revolution fable, Something in the Air.

The film’s city landscapes pulse with sensually earthy colors and thrum with quiet tension; when someone says something politically bold in this lively yet forbidding climate, one can subtly discern the charge in the atmosphere. Individuals go silent in the background, their faces sometimes curling into scowls. Yet, among this oppression, there are pockets of empathy, represented by people such as a drunken old man at a bar who admires a liberal group of musicians for their convictions, primarily because their lead singer, Farah (Baya Medhaffer), is gorgeous. And it’s not hard to see why most of the men in As I Open My Eyes are so in love with her.

Farah, the film’s protagonist, assumes that she’s invincible in the tradition of most 18-year-olds from a middle-to-upper-class background. Her father, Mahmoud (Lassaad Jamoussi), is often away, living in the city of Gafsa and unable to get a transfer back to Tunis for ominously political reasons. Farah lives with her mother, Hayet (Ghalia Benali), who disapproves of her daughter’s musician lifestyle, and fears the repercussions that could be provoked by Farah’s left-wing lyrics. Hayet wants Farah to get a medical degree and become a doctor, while Farah yearns to devote her life to musicology, an ambition that’s probably destined to lead to disappointment and poverty in the tradition of most artistic aims across the world.

Audiences unfamiliar with Tunisia’s history may assume that As I Open My Eyes is a familiar coming-of-age story tracking Farah and Hayet’s evolving kindship with one another, and it adheres to that formula in outline. But Bouzid also shrewdly depends on that assumption to lower your guard for the kill. Several scenes have an unexpectedly severe punch, such as when Hayet threatens to wreck her car with both her and Farah in it, until Farah promises not to play a gig. Bouzid juxtaposes this chaos with the sense of self that Farah enjoys as a singer, and with the exhilaration she’s feeling as a young woman recently coming into her supple erotic power, drunk on the possibilities this power could have in a political war of which she scarcely understands the stakes. The director tellingly fetishizes Farah’s hair, which is all dark curls that seem to explode out of her head, physicalizing her idealism.

As I Open My Eyes climaxes with a torture scene that unexpectedly fulfills the portentous foreshadowing, which is staged with accomplished implicitness. The police kidnap Farah and tie her up in a chair, touching her face and breasts while screaming at her, and these gestures are filmed and performed with a sense of simultaneously submerged and looming violation that’s more disturbing than literal-mindedly grisly rape scenes.

More unnerving is how this invasion potentially destroys Farah, quashing her vibrancy. In the final moments of As I Open My Eyes, Medhaffer informs Farah with a slumped physicality, suggesting a broken butterfly, and Benali conversely blooms as Hayet. When Hayet bathes her daughter, touching her face and hair, we’re allowed to intuitively understand that she’s attempting a restoration within her daughter of the trust of touch. Bouzid’s film concerns the exacting price of revolution and transcendence, heaping an entire country’s demons on the shoulders of a headstrong yet harmless girl. Her suffering speaks loudly of a government’s repulsive impotence.