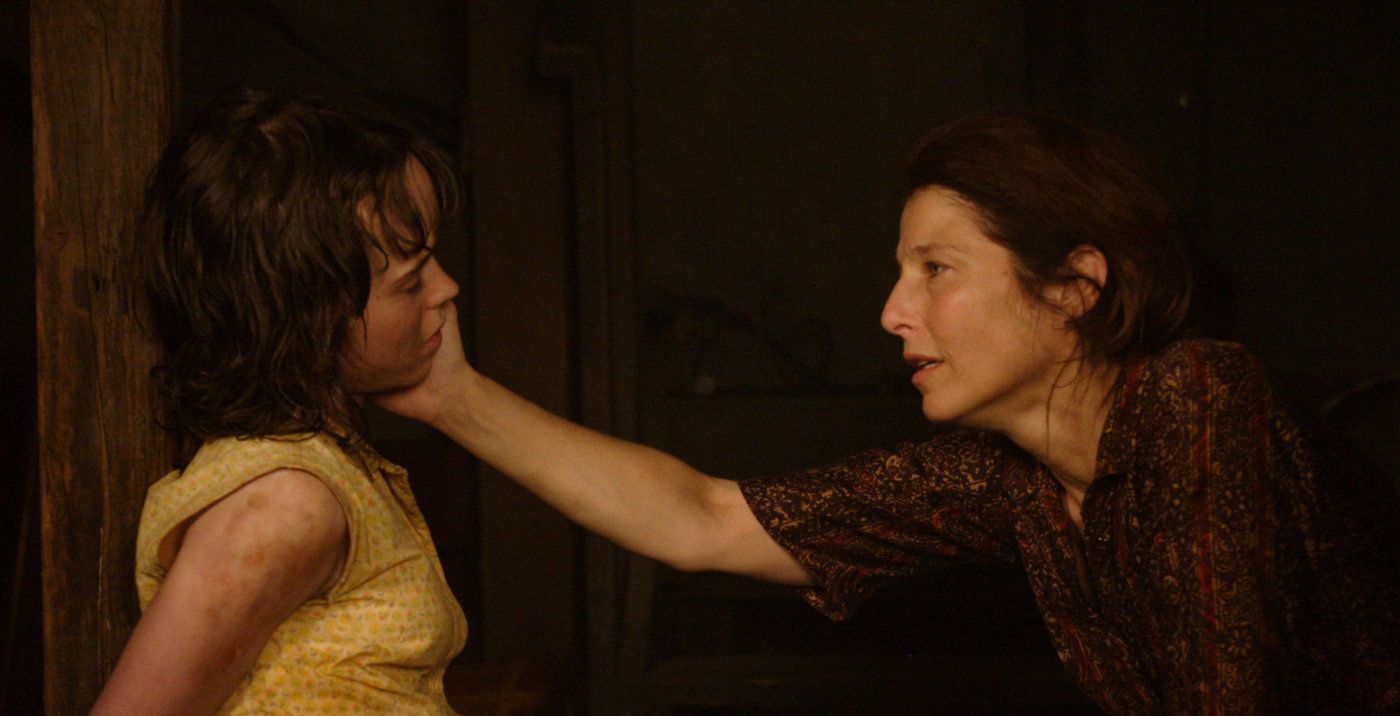 If Eli Roth were to direct a Lifetime movie, it might look something like An American Crime, a miserable true-crime slog that may be less graphic than Hostel but is also significantly less honest about its intentions. Roth makes no bones about indulging in his audience’s worst impulses (absurd claims of political resonance aside), but director Tommy O’Haver couches his sadistic exercise in a veneer of faux-seriousness and despicable emotional manipulation. Catherine Keener (in a mysteriously Emmy-nominated performance) stars as Gertrude Baniszewski, an Indiana housewife who in 1966 was convicted of the torture and murder of Sylvia Likens (Ellen Page), a teenage girl left by her carnie parents in Baniszewski’s care. O’Haver would prefer that Likens’s death remain in spoiler territory, but I refuse to indulge his disgusting misdirections. The film opens with voiceover narration from Page, a technique designed to fool the audience into expecting that she survives the ordeal, a series of brutal psychological and physical assaults that, via a restaging of Baniszewski’s trial interwoven throughout the film, we are made to anticipate with mounting dread/glee. The dishonest voiceover is the first in a series of sleight-of-hand maneuvers designed to obscure Likens’s fate, climaxing grotesquely in a staging of her imagined rescue from Baniszewski’s home, a sequence that O’Haver allows to build to cathartic release before cruelly pulling the rug out. In a fictional context, such dishonest and cynically manipulative techniques would be unacceptable; in the service of a real-life story, they’re downright obscene. By exploiting Likens’s story to put his audience through the horror-movie ringer, O’Haver trivializes her unimaginable suffering and dishonors her too-short life.

A Conversation with Malcolm McDowell