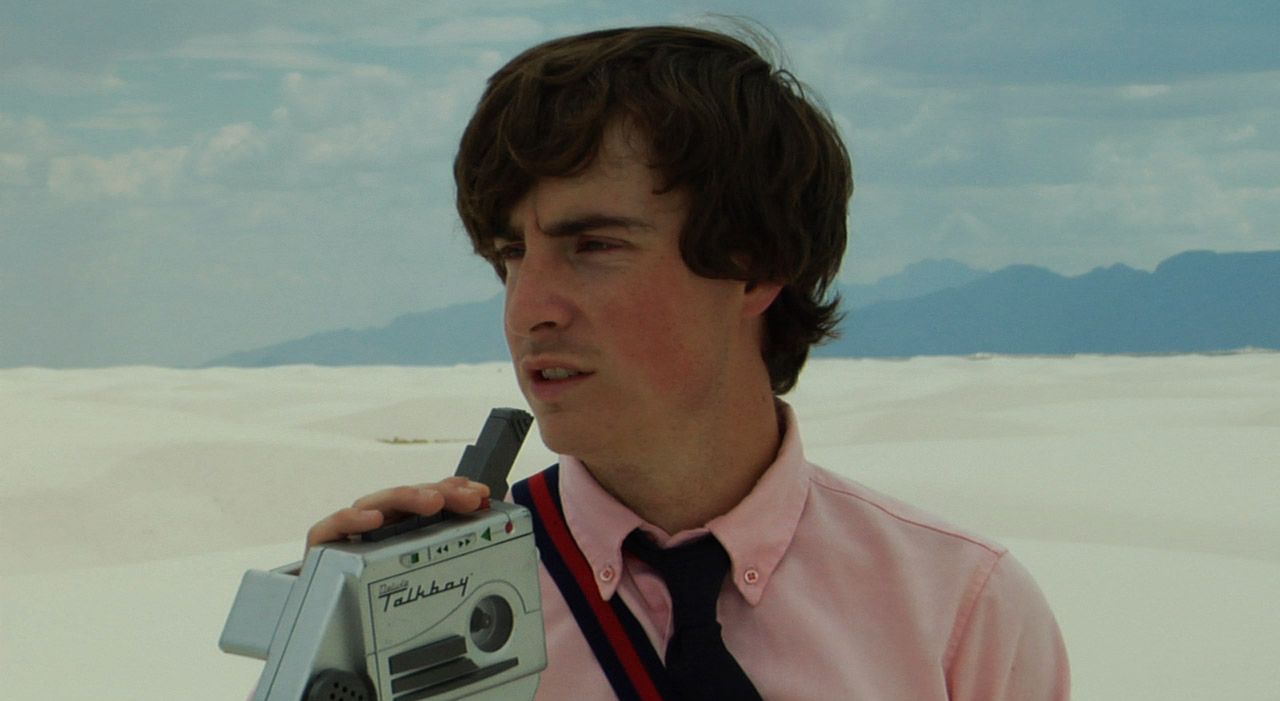 Grizzled Hollywood generals Sam Fuller and Nicholas Ray treat American history as living, breathing pictorials, where landmark events and iconic figures often fill the background and compliment blue-collar workhorses driving the engines of progress and critique. The etched out and impoverished faces of fringe dwellers blanket the frame, giving genre films like Park Row, Pickup on South Street, The Steel Helmut, and On Dangerous Ground a kinetic pulse that both personalizes and defines overarching historical moments/trends such as the Korean War and Cold War paranoia. For these auteurs, history wasn’t about clear fact or fiction, but the uneven, gap-riddled moments textbooks often ignore.

Now more than ever, American history at the movies is defined in broader terms, as a remnant of the past that is separate and distant from our current experience. Even an unapologetically independent film like Americatown, directed by Kenneth Price and written by the comedy troupe Superkiids! (Jonathan Guggenheim and Cory Howard), bases its entire commentary of American contradictions on simplistic readings of capitalistic symbols, recognizable brand names, and coded social patterns. The film begins with a video tape mashup of colloquialisms and sayings from American folklore, spoken by a self-prescribed “Kioaskman” named Roosevelt Microsoft (Howard) welcoming in new visitors to Americatown, an alternate version of the United States where only 1,000 people live despite the vast and still commercially viable landscape. The initiated viewer is Plymouth Rayban (Guggenheim), a defector from the conformist state EPCOT (the allusions are always this brash) whose presence unavoidably shakes things up.

Plymouth and Roosevelt roam the countryside looking at famous sites and attractions, bundling the diverse experiences of America into an overall small-town experience where gossip, fear, and corruption all threaten to undermine the collective happiness. Characters named Rosy Parks Riveter, Texas Instrument, and Mayor John Mercer Maeyer populate a landscape riddled with American symbolism, yet the filmmakers have no idea how to provide a human face to these references. It immediately becomes clear that this is a world where iconography is surface deep, and the “comedy” on the screen is silly and trite when it should be biting and absurd. Even worse, Americatown has no central conflict, instead focusing on narrative trifles like crazy legs, spilt coffee, and a missing “Americatonian” to limply push the story along.

Shot on terrible looking DV, Americatown has the look and feel of an amateurish student production, and all of the ridiculously outlandish performances do nothing to offset this impression. Obnoxious, clumsy montages make the uneven pacing more awkward, relegating a potent third-act twist completely inert. Like most of its characters, Americatown wanders the Earth searching for a purpose, but never comes close to justifying the increscent ramblings and foreshadows it wants to perceive as critique.

Americatown sees the romance and whimsy in every corner of American history, but the film indulges these flights of fancy until all recognizable symbols of the historical zeitgeist become monotonous parts of the same running gag. The story becomes so childish late that spending just a few minutes in this world feels like a lifetime. “I’m feeling like a honeybee with no blossom,” one particularly conflicted character says late in the film, and it’s this ridiculously flowery prose that turns knots in the viewer’s stomach despite the ambitious intent. The incendiary days of Fuller and Ray might be long gone, but even in this tech-driven marketplace of forgotten histories and lessons, we deserve a more concise analysis of the American experience, both past and present, than Americatown is capable of offering.

Review: If I Want to Whistle, I Whistle