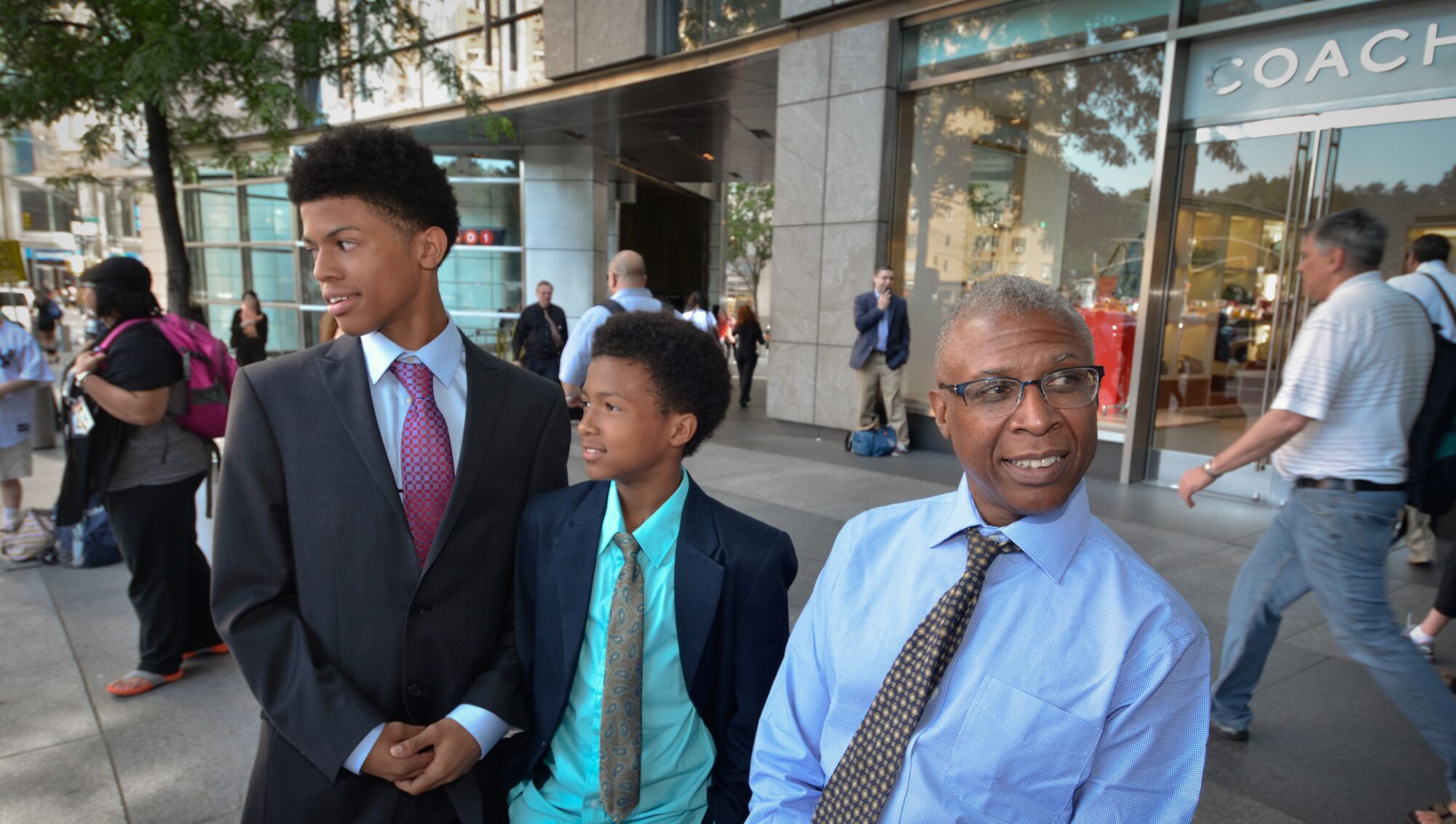 The premise of Michael Upted’s Up series, which looks in on the lives of a group of Britons every seven years, is a quote attributed to St. Francis Xavier: “Give me a child until he is seven and I will give you the man.” A similar ambition, though narrower in scope, may be glimpsed in American Promise, an intimate and poignant documentary by Joe Brewster and Michèle Stephenson that tracks two boys for 13 years, from the age to five to 18. The boys are Brewster’s son, Idris, and his friend, Seun, two bright African-Americans who attend Manhattan’s elite Dalton School on a scholarship.

As in the Up universe, American Promise establishes quickly that not all opportunities, and not all children, are created the same. In spite of their auspicious beginnings, Dalton soon flags Idris and Seun for lack of attention, unruly conduct, and below-average performance. Both will eventually be diagnosed with attention-deficit disorders. Seun struggles with tardiness and concentration, and goes from calling Dalton his favorite school to saying, “I hate it,” and moving on to Banneker, a public school in Brooklyn. Meanwhile, Idris stays on but struggles, in spite of his parents’ round-the-clock tutoring, and is left wondering if he wouldn’t be happier, more popular, and better adapted if he’d been born white.

Why it’s particularly the black boys who fare worst at Dalton, and whether this is indicative of a larger trend, are some of the film’s big unanswered questions. Another one is whether Dalton provides enough positive reinforcement; at a powwow in Brewster’s home, black parents voice their fears about racial stereotypes their children face at the predominantly white school and how this lowers their self-esteem. Then there’s the economic factor: To meet Dalton’s high standards, white children are said to receive expensive private tutoring, leaving the black students even more hard-pressed to keep up. Where does it all lead?

American Promise doesn’t tell us. Its parallelism between the sensitive, willful Idris and the more coolly observant Seun skirts conclusions. Is it important that Seun finds more acceptance as his new school’s cool kid? Is Idris still better off at Dalton? And are black children sufficiently nurtured in all-black schools, leaving no need for programs like Dalton’s, as Banneker’s principal attests?

American Promise’s lack of a cohesive thesis may frustrate at times, but the film’s power lies in its exposition of the mundane. We see the boys’ preparations for school, their routine rides with parents, then their return home and study times. There’s Seun watching a school fight and murmuring sardonically to the camera, “Welcome to Banneker.” There’s Seun, again, struggling after the death of his young brother, and again, on a college campus, proudly saying, “I’m ready.” Shot in the privacy of Seun and Idris’s homes, on basketball courts, at varsity-team games, and in the classroom, the film poignantly captures the regimentation of students’ lives, and the passage of time, with changing seasons as visual markers. The filmmakers mix direct observation with interviews, of the parents, school staff, and the boys. The tone wavers between Stephenson’s impartiality and Brewster’s more personal, at times charged exchanges with Idris. In those moments we feel that a promise may also be burden, for it’s hard for Idris to satisfy the stern, Stanford-grad psychiatrist dad.

The camera lens also becomes a character, and we follow the boys’ habituation to it from early nervous giggles, Idris’s swagger when he brags to a girl he woos that the camera makes her famous, to the astounding closeness as Idris and Joe hug after Idris fails to get into his top colleges. In one scene, a Dalton senior brags about “bullshitting” her way through high school, then covers her mouth remembering that she’s on camera. Seun and Iris mostly surpass such self-conscientiousness, and share their heartaches with bracing honesty.

“I am going places,” Idris says in the film’s final shot. He’s preserved his hope against his parents’ disillusionment, and gained independence by moving away to California. Meanwhile, Seun has also gotten into college, in spite of not having nearly as much help as Idris. It’s perhaps facetious to suggest that American Promise needs a sequel, following the Up series model, but in a way, it does, as both boys are all right, for now, but what’s in store for them? It’s not a bad cliffhanger to have.

Review: Stranger by the Lake