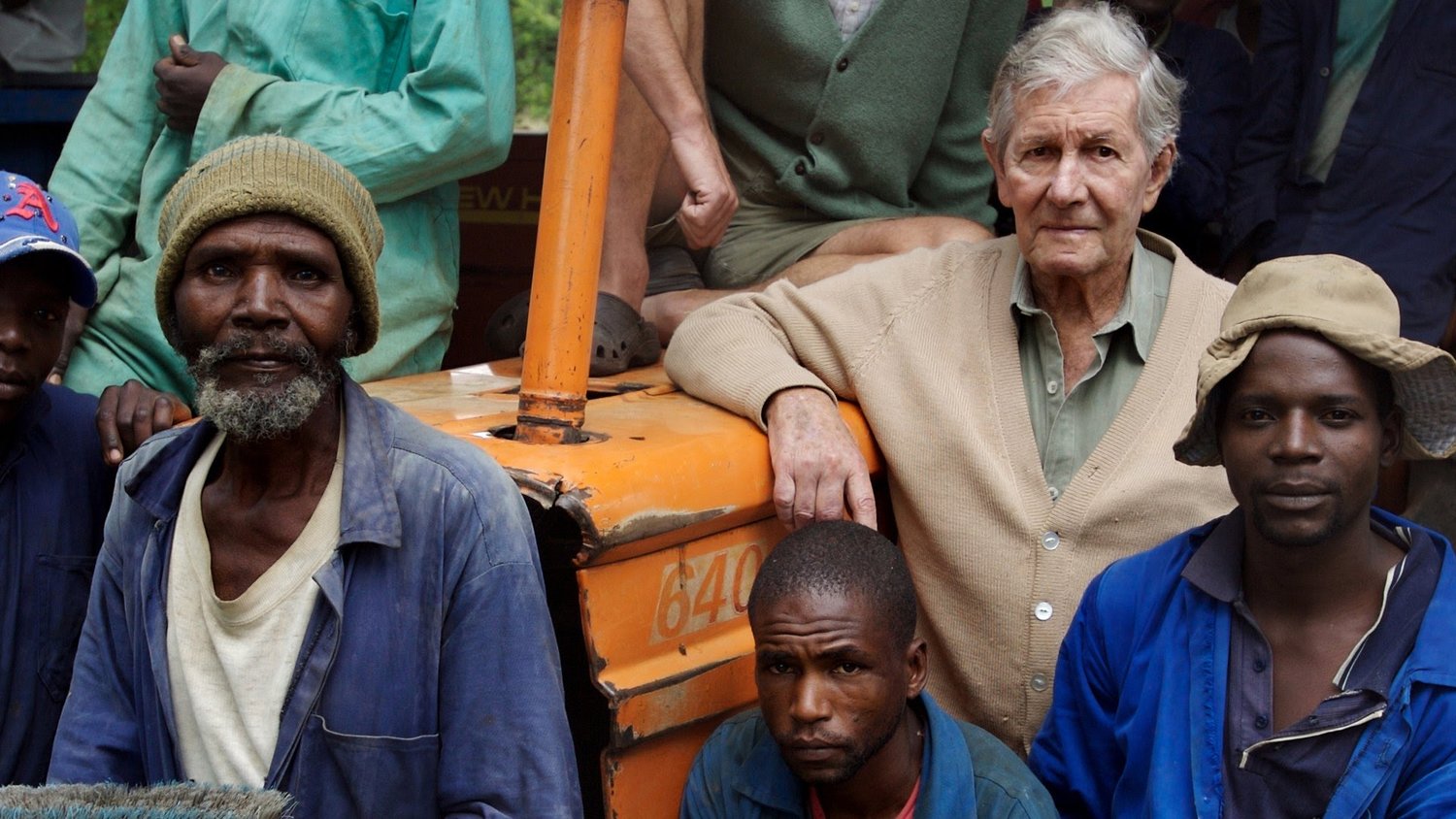 The makers of Mugabe and the White African, like their subjects, seem to have an almost touching faith in the European legal system, yet they ask us to find their antagonists guilty as charged without so much as hearing their case. And so, though I was horrified by the violence encountered by Mike Campbell, the white African of the title, as codirectors Lucy Bailey and Andrew Thompson wanted me to be, I wasn’t swayed by their insistence on the righteousness of his cause.

Mike and his son-in-law, Ben Freeth, are among the white farmers who refused to leave their farms in Zimbabwe after President Robert Mugabe voided their deeds, claiming the land for black Africans under his “Zimbabwe for Zimbabweans” program. (Mike’s and Ben’s wives and Ben’s kids are there too, but they’re shown only rarely and almost always from a distance, mute symbols of what the men are fighting for.) The Campbells and Freeths have been essentially squatting on what used to be their land for nearly a decade when we first see them in December 2007, enduring constant threats and occasional beatings (though those seem to be borne mainly by their guards) by groups of vigilantes who are unofficially supported by Mugabe. This is a camera-ready setup if there ever was one: You could cut the tension with a machete when white-haired Mike and his suntanned son-in-law get chased down a road near their house by armed men who’ve tried to trap their car at a makeshift roadblock, or when Mike and Ben pile a bunch of guards onto a pickup truck and head into the night to flush out armed interlopers hiding in their own backyard. But the filmmakers aren’t so good at illuminating the issues that have led to these charged standoffs.

Always taking Mike and Ben at their word, never questioning their assumption that what’s good for them is good for Zimbabwe, and rarely offering any evidence to support their assertions about what’s ruining the country’s economy, this film put me in the awkward position of playing devil’s advocate for a man I believe to be one of the worst of Africa’s many brutal and self-serving despots. I’m no apologist for the beatings and worse Mugabe reportedly doles out to people who oppose him and there’s no disputing that Zimbabwe’s economy is a mess (the unemployment rate is over 90%), but I needed more than just the Mike and Ben’s opinions to be convinced that Mugabe’s land redistribution plan is just a cynical ploy to consolidate his power. The film does show just how Mugabe awards the confiscated land to his cronies and allies, but then, isn’t that pretty much what Cecil Rhodes did about 100 years ago, when he annexed what he then named Rhodesia for Britain? I’m not saying that excuses it—two wrongs don’t make a right, as my mother used to say—but there’s a certain rough karmic justice in what’s happening to Zimbabwe’s white landowners now, especially when the farmers are as blind as Mike and Ben are to their own power and privilege.

The black Africans in the film are almost always seen and not heard, and what we see of the white landowners’ relationship with them is shockingly reminiscent of our own plantation past. Mike professes his love for the men who work for him (“we’re trying to help them,” he says), but their body language reveals a distance and lack of ease that belies his words: This is clearly a relationship of unequals. We learn that the farm supports about 500 people in addition to the white family that owns it, but we know almost nothing about these farmhands and guards and their families, since they speak, if at all, in the smile-heavy, yes-laden, monosyllabic language of the subservient. This could have been a much more interesting movie if the filmmakers had moved out from the big house to find out where and how the workers live and whether they think white farmers like Ben and Mike are good for their country.

By the time we finally hear from a black African who does more than mumble or grin, he’s so furious he can barely speak at first, though he winds up landing some sharp verbal jabs. A minister’s son, he shows up at the Campbells’ farm to claim “my land,” which was granted to him by the government four years earlier. When Mike replies that it’s his farm, duly paid for, he asks: “Who did you pay? Did you pay the government of Zimbabwe or did you pay another white fella?” The government has reclaimed the land, he says, because “We are so tired of you. You come here and you grab up all the best stuff…. We don’t want to have anything to do with you people any more. We have shifted from you people to the Asians.”

Serenely immune to his arguments, Ben and Mike seem clueless about the poisonous legacy of Zimbabwe’s colonial past and the potential offensiveness of their conviction that their leadership is good for the people of Zimbabwe. Despite their insistence that they are Africans, these two and their friends and relatives share an old-school English sense of propriety and certitude. I was moved by the quintessential stiff upper lip exhibited by Ben’s mother, who spoke in measured tones about her support for his stance, insisting that “it’s right to stand for what’s right” as tears coursed down her cheeks, but I found Mike and Ben’s smug head lawyer, a man so English he wears a white wig in court, a little hard to take as he pontificated about the patent absurdity of the opposition’s case and the “distinctly racially discriminative” nature of the system.

As Ben started talking about how God put them there for a purpose, I started thinking dark thoughts about the forbearance shown by the vigilantes toward these arrogant white fellas. After all, I thought, they’ve let them stay there for years, and when they do kick them out, they let them go in peace and take their stuff. Which is probably more than you can say for the way the white people’s ancestors took the land in the first place. Yeah, yeah; two wrongs don’t make a right. I’m just saying, it could have been a lot worse.

I even started to question the way Mike and Ben invoke the rule of law as a cover for defying their own country’s law. People who own private property are never happy when it’s seized by the government, but isn’t obeying laws we don’t like part of following the rule of law? Well, yes, so is trying to overturn the ones you don’t like, which is what they’re doing. But do they really expect the government of Zimbabwe to change its laws just because some court in Namibia says it should? I mean, please. If an international court convicted the U.S. of war crimes for our invasion of Iraq or our treatment of prisoners at Guantanamo, do you think we’d pull out our troops or shut down the prison?

Mugabe and the White African is a fascinating document, but it’s not the inspirational story its directors intended. Instead, this half-digested chunk of modern history is an inchoate case study of the contemporary face of colonialism.