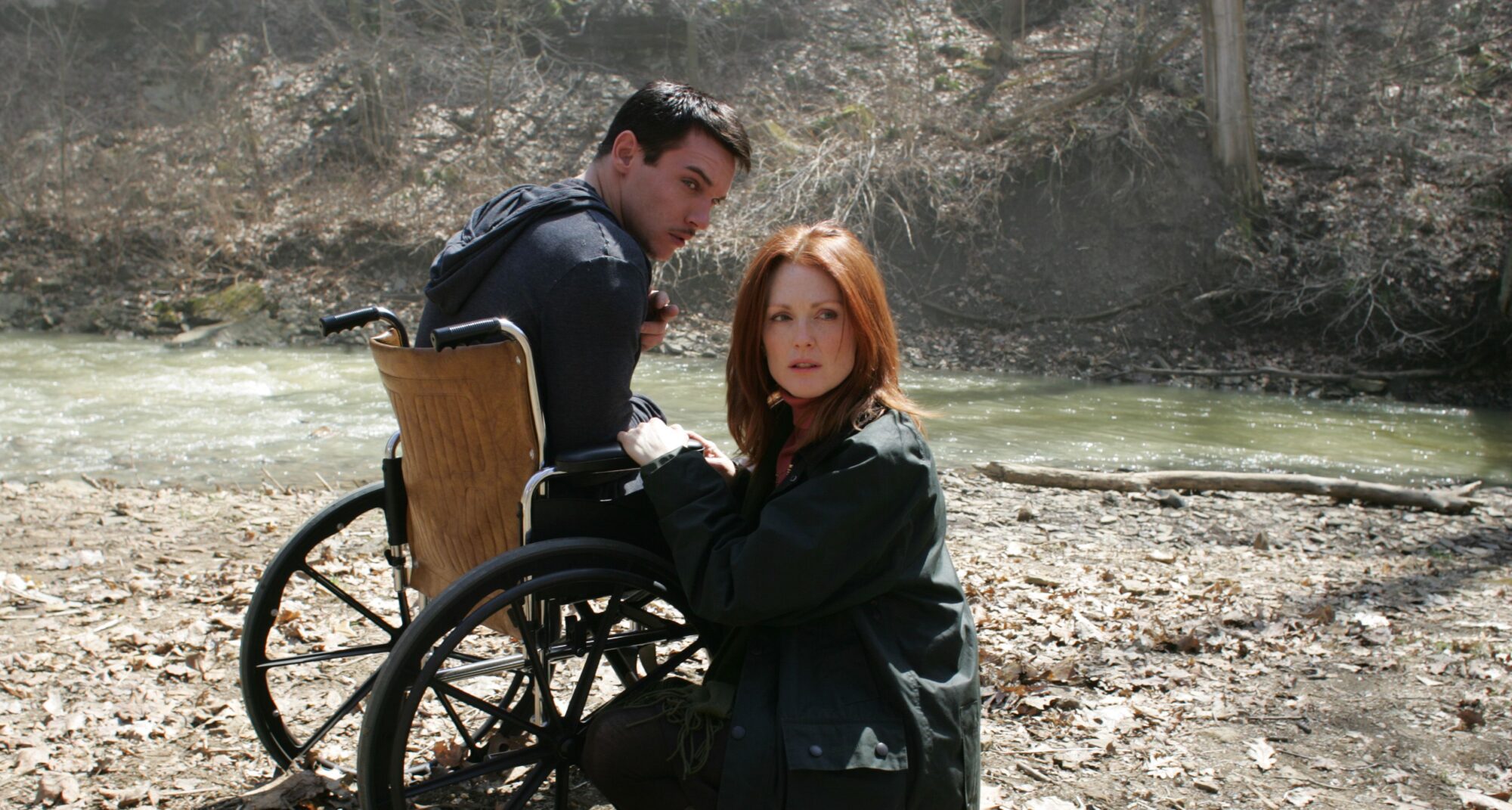 In 6 Souls, directors Måns Mårlind and Björn Stein waste little time in setting their protagonist, Cara Harding (Julianne Moore), up for a moral and spiritual reckoning. A forensic psychiatrist, she displays a bit too much relish in declaring a death-row inmate fit for execution. A moment later, Cara is wildly over-tipping a bartender so he’ll keep the joint open and ply her with shots of tequila as she watches a newscast announcing the inmate’s execution. And lest we miss the point, cursory expository exchanges with family and colleagues soon follow that positively affirm Cara as an insufferable hard-ass, or, more specifically, a textbook atheist who values the grounded rationalism of science over the leap of faith that’s required of any religious dogma. But the arrival of Adam (Jonathan Rhys Meyers), a patient with multiple personalities who may actually be possessed by several entities, threatens, of course, to challenge Cara’s resolute disbelief.

If she were the hero of a true-life medical thriller, Cara’s by-the-book values might be celebrated as uncompromising and hard-won, but 6 Souls belongs to a long tradition of horror films that offensively suggest that all atheists might as well hang a “Welcome” sign up for the devil. It’s unthinkable to the filmmakers that Cara might doubt the existence of invisible specters (read: God) because she’s simply an intelligent woman capable of thinking for herself—no, she must be bitter and disillusioned, ripe for either extreme punishment or a spiritual “I told you so.”

Which is a shame, because 6 Souls is initially an eerie and elegant thriller that appears to be mining more original and progressive thematic terrain. For awhile, Mårlind and Stein display a becoming, ambiguous empathy for Cara, slyly suggesting, through the evocative use of color, that she’s a vulnerable Red Riding Hood strolling unknowingly closer with each step to her potential demise. We learn that she’s lost her husband to a violent mugging, and we’re encouraged, promisingly, to assume that she’s enacting a perverse act of vengeful transference upon the criminals she subsequently treats. The film suggests an intriguing satirical refutation of the death penalty, with the demons that torment Cara and Adam appearing to symbolize the unknowable pathologies that the American legal system, acting partially out of a desire for the instant gratifications of closure and vengeance, either fails or refuses to acknowledge or address.

But the film’s jumbled second half reveals these subtexts to be primarily accidental. 6 Souls eventually devolves into a formulaic chase film that sends Cara scurrying from one obvious set to the next while body-hopping demons pursue her in set pieces that are occasionally reminiscent of hokier but more pleasurable thrillers like Shocker and Fallen. Along the way, Mårlind and Stein routinely halt the action so that a variety of weirdos can lecture Cara for her lack of faith in encounters that the directors visually dress up with irritatingly hyperbolic camera gyrations. By the end, you’ll wish that a demon would just hurry up and displace Cara’s soul already, if only to put an end to all the phony theological bickering.