As with all things worth their share of time, recent responsibilities in the turbidity of life have prompted me to consider where my interests lie, a question that inevitably manifested itself in my own cinematic curiosities. These thoughts concerned the authenticity of cinema, on what filmmakers attempt to show, and what we as viewers are and aren’t interested in—heavy but critical questions asked last year by the closing season of The Wire. In fact, I’d credit that series’s meticulous depiction of a massive range of personnel and creator David Simon’s modus operandi of “stealing life” for sparking the theme of this piece: What movies have gotten my profession right?

I am a research scientist, a walk of life whose cinematic counterparts are relegated to a few stale options. We are either a) adequately described with a single adjective, b) contracted by the government or some other institution to explore the unknown, c) create monsters, or d) miniaturize our children and, in the sequel, ourselves. Science and scientists are frequently used as means to explore the fantastical, which is not a criticism but an observation that filmmakers are not interested in the scientists, only the plot points their escapades help reach (or incidentally the plot holes they help cover). Just a handful of films seem to be interested in the lives of people at all. I began to wonder why it is that few seem to be interested in what I value—cinematic form, an organized directorial sensibility and authentic texture, to list a couple—and if what I value in any way reflects what is indeed valuable. Years ago, Robert Altman referred to cinema as the great enabler that allowed us to live many lives. Today we go to the movies to escape.

But I digress. In compiling this list (unranked) I was not interested in the accuracy or validity of the scientific concepts presented, but rather the authenticity of the relationship between scientists and their work. This was admittedly challenging, and surprisingly so, considering cinema’s entirely capable reach. Naturally I don’t presume to speak for the entire community, but trust that the details of our work life and our inquisitive vigor cross fields of study.

1. Encounters at the End of the World (2007): Herzog’s stamina compliments our job, as well as anyone who does anything out of a love for their work. In the long run, the film’s subjects could have been a number of other people and still would have been fascinating. I’ve always held that one of the most difficult things a filmmaker can accomplish is to present the mundanity of life in an engaging manner, a precept Herzog achieves through his ever-introspective gaze. As any researcher working long hours gathering data on rather pitiful wages can tell you, the physical nature of our work doesn’t lend much excitement; it’s the hope of discovery, the intellectual reward that incites a cell biologist to scale the murky seafloor the fifty-fourth time, or a penguin scientist to observe the Antarctic birds day after feverish day (“I loathe the sun both on my celluloid and my skin,” Herzog confesses). McMurdo’s inhabitants are given space through interviews conducted in sustained first-person takes, intercut with shots of sea creatures and stunning landscape photography that serve as counterpoints to the reserved manner of the scientist subjects and the melancholic tedium of their work. It’s a rare film that juxtaposes the natures of artist and scientist, as Herzog depicts himself and his subjects as obsessed with deciphering the unquantifiable enigmas of the natural world. Refreshing and still incapable of actorly pretense, his subjects made me question the methodology used to elicit the candor and confidence they quite effortlessly display. An interview reveals that Herzog spent twenty of a thirty minute limit with a glacier scientist “[making] him feel calm and comfortable. Then [he] said: ‘I know that deep inside you are a poet. Tell me about the iceberg, and tell me about your dreams.’” Somewhere scientists are smiling and Mike Rowe should take notes.

2. Contact (1997): An animator friend of mine who would be hard pressed to pursue anything in the hard sciences always had a burning desire to be Ellie Arroway, and not simply due to his desire to zip through a wormhole in space, he confessed, but “damn, have you seen anyone this passionate about anything?” Contact, penned by astrophysicist Carl Sagan, is a bit of a double-edged sword—some of the directing here is so good that it’s jarring when Robert Zemeckis retreats to populist Hollywood impulses. Zemeckis has an uncanny ability to confer significance onto inanimate objects (see Wilson, Cast Away). In Contact, scientific equipment takes center stage: Satellite dishes, telescopes, computer monitors. Note how Young Ellie together with her radio forms the emotional centerpiece at the end of her father’s funeral. Another impressive sequence occurs a half-hour into the film, beginning with the camera creeping steadily up on Jodie Foster lounging atop her auto hood, satellite dishes in the distance. The dishes refocus in a separate shot and then back to Foster in a close-up, zooming in toward her closed eyes until an ominous, oscillatory beat picked up through her headphones makes her eyes widen. There’s something striking about how Zemeckis evokes the spirit of discovery and the pursuit for scientific truth, sustaining the pulsating noise throughout the next segment of this sequence, a strategy that creates an unease similar to what James Gray employed with windshield wipers in We Own the Night. Foster’s performance is remarkably controlled but never calculated to where it betrays the authenticity of the moment. Her steadiness has been effectively used to portray fright (The Silence of the Lambs), authority (Inside Man), and now awe. Though Dr. Arroway will remain a lesser known of Zemeckis’ fictional scientists, she still registers as the most bona fide.

3. Brainstorm (1983): By and large, sci-fi films display more interest in the fiction than the science. Hokum scientific concepts are free passes for screenwriters looking to explain any number of supernatural phenomenon and, of course, set up the accompanying adventure. While Brainstorm is not entirely innocent of this accusation, it does avoid more than a few clichés, beginning with a chain-smoking scientist played by Louise Fletcher. Film scientists are usually too clever, too educated about the carcinogenic chemicals that abound in cigarettes to indulge in the pleasures of tobacco. I was also particularly pleased with the film’s portrayal of a research group that functions as a team. The singularly “mad” or stalwart rogue scientist concocting experiments of his own does not exist, not even among the most experienced of us. The introductory scene best demonstrates the salience of a research team (of 3, a true-to-life figure), frequently framing all three scientists together within their working environment. The revelation that their sensory invention, “the hat,” is functional is shared, a note any research group with a successful publication, grant or breakthrough can substantiate.

4. Hulk (2003): Though triggered by personal calamities, it’s no accident that Bruce Banner’s first transformative episode occurs at his workplace. When that buzzword, passion, is stripped away, we arrive at the irrefutable fact that research requires patience, at times in ungodly amounts that few of us possess. A couple of months ago, a colleague shared the following: Late one night she overheard her PI, not as alone as he thought, furiously declare their NMR spectrometer a “fucking whore,” likely followed by wishes to wreak flask-shattering havoc. Hulk’s midnight fever dream is of secondary interest when compared to the details surrounding the laboratory setting that I found pleasing: The mundane hallways, the unassuming lab equipment, the bench where sample buffers were prepped for graduate students until we earned our own undergrad peons, the feeling of ordinariness. Concordantly, Banner’s lab accident is in many ways the anti-Dr. Manhattan transformation. There’s no editorialized music, no slow-motion; it’s a matter-of-fact sequence lasting a distinctly brief 30-seconds. Ang Lee denies us sensationalized pleasure, and with good reason. Admittedly, I still can’t wrap my head around the film’s “dynamic” multi-paneled visual strategy. At best, the amorphous layering of image atop image comes off feeling like De Palma-lite, and at worst, it distracts from the film’s more compelling musings.

5. The Life Aquatic with Steve Zissou (2004): The sense of realness and pathos in Wes Anderson’s film is remarkable, despite the fantasy of the world surrounding its characters: Underwater sea labs, headlight-equipped research dolphins, island-hopping gun battles, etc. This feeling of reality is aided by an undeniable Brechtian self-consciousness, opening with shots of a stage presenting “The Life Aquatic Part 1” to an audience in the film’s world, and closing with the twist that we the real-world viewers have been watching “Part 2” all along. Other examples of this reflexivity exist throughout the film, including jump cuts (boxed up sneakers, cut to sneakers in Bill Murray’s hand, cut to Murray doing toe touch exercises in his new kicks), on-camera documentary filming (Owen Wilson, demonstrating inferior boom mic handling skills), and lateral pans of cross sections of the Belafonte curiously similar to those that Godard/Gorin employ in Tout Va Bien, another highly Brechtian film. All of these strategies heighten the awareness of the protagonist scientist’s mission, exemplifying the primary driving force behind the time, blood and sweat spent on doing what it is we do: The search for truth. Despite the film’s surrealist elements, Zissou faces the same challenges a modern scientist does. Brainstorm, Contact, and Hulk are all conscious of sources of scientific funding, the threat of being shut down and the criticism of scientific peers. But I love that, in Anderson’s film, these predicaments build upon the pathos we derive from the character’s relationships with one another. Zissou is driven to beg his estranged wife for money, more readily demonstrates the acceptance of Ned as his son after learning of Ned’s inheritance and prompts Captain Hennessey to reveal his sexuality. At the end of the film, an initially humorous tumble down a staircase turns sorrowful as Zissou admits he is a “washed up old man with no friends, feeling sorry for himself.” Before his poignant confession, he says to his documenting cameraman “We’ll give them the reality this time.” How many films do? 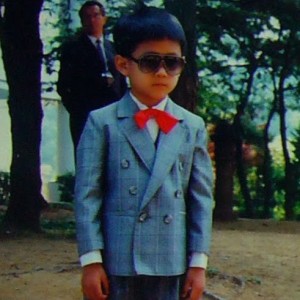