In Pusher, which hits theaters this weekend, Briton Richard Coyle stars as a mid-level drug dealer, whose business is booming in London’s underground culture. A remake of Nicolas Winding Refn’s 1990s thriller, the film (which also marks director Luis Prieto’s English-language debut) watches as a drug lord’s life implodes, a process with which filmgoers are quite familiar. Throughout much of cinema history, and especially in recent decades, drug pushers of all walks have graced the screen, providing brief escapes for lost souls and party people. But be them morphine sellers, pot distributors, or even moonshine runners, the party has to stop some time. 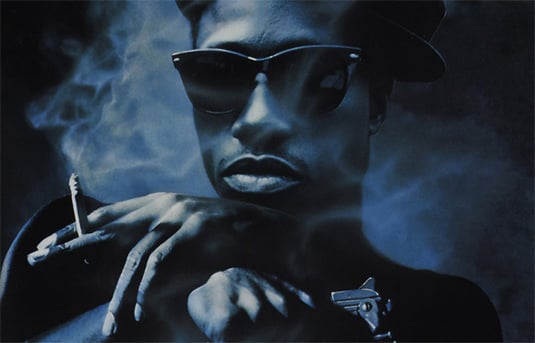 Wesley Snipes gets his villain on as Nino Brown, the crack-pushing head of the Cash Money Brothers in Mario Van Peebles’s directorial debut, New Jack City. A power-hungry thug bent on keeping his business trucking, Nino always insists that none of his acts are personal, but they certainly are for Scotty (Ice-T), the New York detective who goes undercover in Nino’s crew. Released in response to the crack epidemic spawned in the ’80s, New Jack City marked the start of a bond between Snipes and co-screenwriter Barry Michael Cooper, who’d go on to collaborate on Above the Rim andSugar Hill. 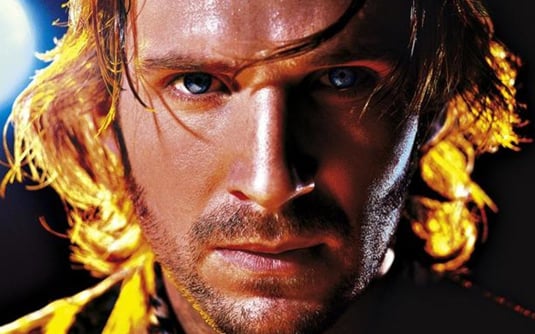 Rather than dealing drugs, Lenny (Ralph Fiennes) pushes bootleg SQUIDs (Superconducting Quantum Interference Devices), which record the wearer’s experiences straight from the cerebral cortex, and when played back for another wearer, recreate the same circumstances, senses and all. Directed by Kathryn Bigelow, and born, in part, from the mind of her ex, James Cameron, Strange Days was largely about pre-Millenium angst, capping off with a finale on New Year’s Eve, 1999. Lenny’s drug is the ultimate escape, but he gets high on his own supply, and soon comes across one deeply disturbing SQUID recording that changes him for good. 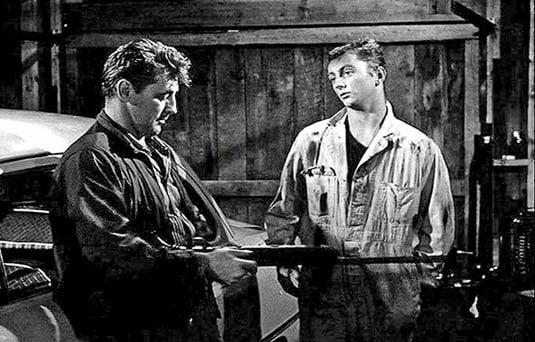 Robert Mitchum didn’t just star in Arthur Ripley’s Thunder Road, he also produced it, co-wrote the script, and, according to rumor, helmed a lot of the scenes himself. On screen, he plays Kentucky moonshine runner Lucas Doolin, a Korean War vet who delivers illegal liquor throughout the south in his hot rod. Before long, Lucas gets mixed up with Treasury agents, gangsters, and his own troubled family members, whose choice business is something of a killer. Reportedly based on a true story that took place in Knoxville, Tennessee, Thunder Road became a cult classic and a favored drive-in title. 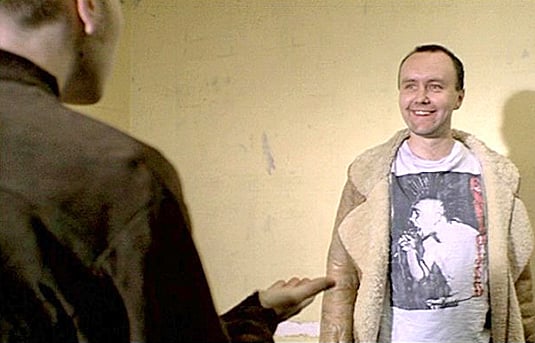 It’s not everyday that an author gets to appear in the film version of his own book, but that’s just what happened to Irvine Welsh, the author of Trainspotting, who stars as Mark Renton’s (Ewan McGregor) heroin dealer in Danny Boyle’s adaptation. Known as Mikey Forrester, Welsh’s character is famously responsible for giving Mark opium rectal suppositories, which are meant to give the addict his one last high, but instead give him raging diarrhea. It’s the episode that precedes Mark’s horrific heroin withdrawal, after which he hopes to aspire to a new life, which begins with him bedding a 15-year-old (Kelly McDonald). 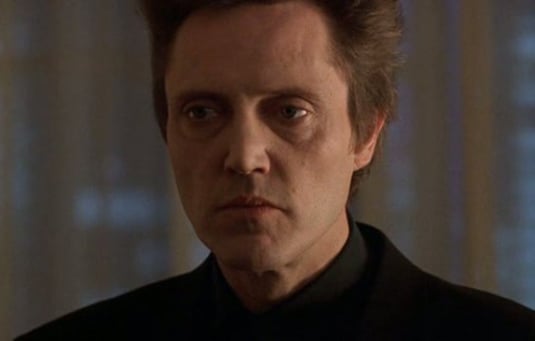 In King of New York, Christopher Walken’s Frank White is no ordinary drug lord. After being released from Sing Sing, the cocaine-pushing bigwig hatches a plan to run for mayor, before killing his mafioso co-conspirator and a whole host of other men. Turned tables abound in this epic Gotham drug yarn, which sees Frank square off against Triads, mobsters, and the NYPD. Frank doesn’t score his candidacy, but he does go down in a dwindling blaze of American glory, his megalomaniacal campaign at last ending in Times Square. 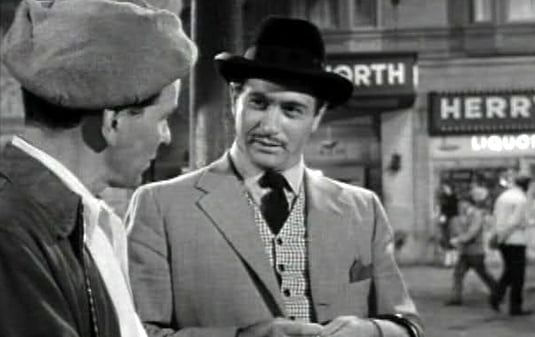 A landmark film from Otto Preminger, The Man with the Golden Arm stars Frank Sinatra as heroin addict Frankie Machine, who’s released from prison after finally getting clean. On the outside, he catches up with a lot of negative chums from his past, including Louis (Darren McGavin), the dealer who provided Frankie with dope. Thanks in part to Louis’s pressure, Frankie’s soon back to dipping out and feeling no pain, eventually causing him to attack Louis for a fix. Wanted by the cops, Frankie winds up quitting cold turkey, and like so many junkies, he’s met with crushing tragedy. 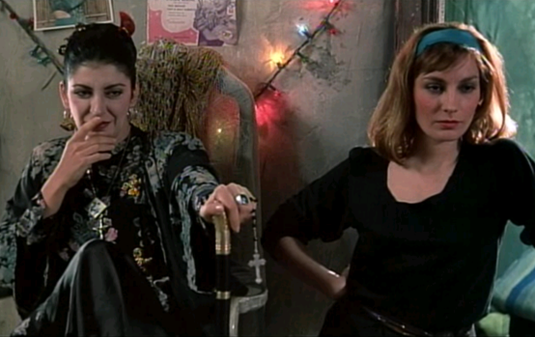 Telling yet another tale about a corner of New York, Andy Warhol collaborator Paul Morrissey focuses on the Lower East Side in Mixed Blood, about a gang of Brazilian youths who fight to take control of the neighborhood’s drug trade, which is overseen by a Puerto Rican gang. Leading the Brazilians is Rita La Punta (Marília Pêra), a ruthless mother hen unafraid to send underage underlings to war. Characteristically lurid and darkly comic, Morrissey’s drug flick saw a familiar face appear alongside Pêra, serving as the first film to feature John Leguizamo. 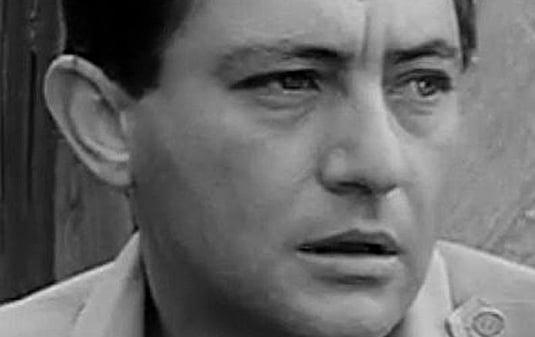 Misfortunes snowball for Barney Ross (Cameron Mitchell), a boxer with a gambling habit who loses his big winnings, then heads to war in the South Pacific and contracts malaria. A doctor prescribes Barney morphine, and things go even further south. Heavily addicted to the shoot-it-up painkiller, Barney falls deep in debt with Rico (Paul Richards), a dangerous pusher of morphine and the like. For Barney to finally bid adieu to that monkey, something will have to give, and his salvation begins when old Rico is arrested for his crimes. 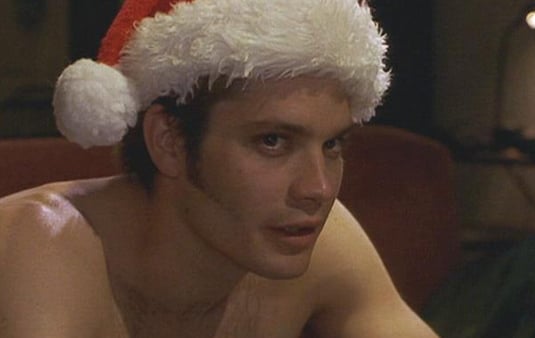 In Doug Liman’s hyperlink follow-up to Swingers, Timothy Olyphant plays Todd, a temperamental drug dealer who “gives head before he gives favors.” Ronna (Sarah Polley) takes advantage of Todd’s generosity, swapping out his big batch of Ecstasy for a handful of chewable aspirin (or some such). Hardly in the Christmas spirit, Todd goes after Ronna and bumps into other characters, including Claire (Katie Holmes), who breaks down his pusher exterior. Alas, he’s a moody dealer with a soft, plush center. 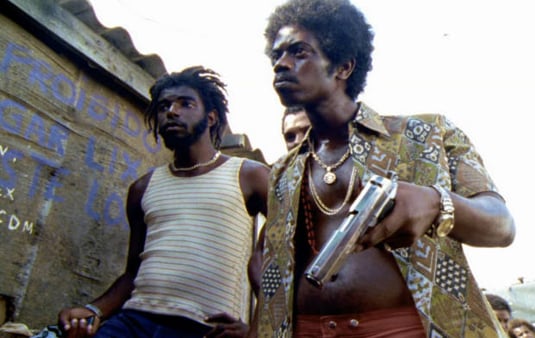 In City of God, Fernando Meirelles’s exotic epic about the slums of Rio de Janeiro, we see street kids grow up among unfathomable conditions. Some, like Rocket (Alexandre Rodrigues), become aspiring artists, while others, like Li’l Zé (Leandro Firmino), succumb to crime’s allure. An ominous hothead, Li’l Zé eventually establishes a drug empire, and remains bewitched by the firepower and bloodshed that made him a nightmare prodigy. Exposed by Rocket’s photography, Zé gets an eerily apt comeuppance, eventually slain by the justice-seeking “Runt” gang of which he was once a member. 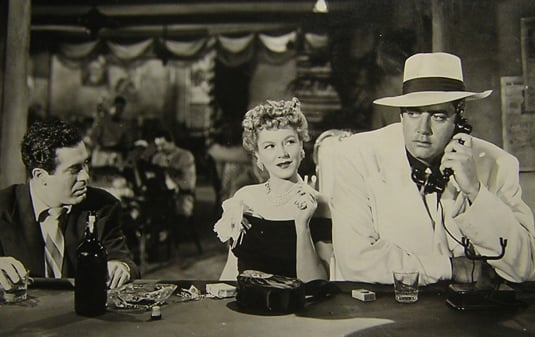 The drug of choice is never named in William A. Seiter’s Borderline, but Pete Ritchie (Raymond Burr) is the man smuggling the stuff, making him the enemy of the LAPD and the rival of Johnny Macklin (Fred MacMurray), a thug working for Ritchie’s competition. Before long, Ritchie’s on Macklin’s tail, as the hoodlum has made off with a stash of that mystery drug. Caught in the middle is Madeleine (Claire Trevor), an undercover cop who tags along with Macklin and is out to nail Ritchie, whose Mexican source remains a mystery to police. 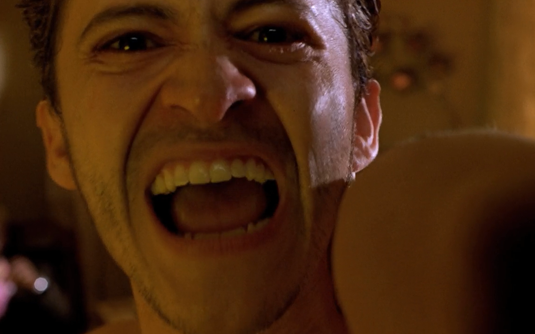 Clifton Collins Jr. in The Rules of Attraction (2002).

Bringing together the talents of Roger Avary and Bret Easton Ellis, The Rules of Attraction is perhaps most intense when Sean Bateman (James van der Beek) pays a visit to Rupert Guest (Clifton Collins Jr.), a fellow heroin dealer whom Sean owes some serious money. In a heated kitchen scene that nearly gets everyone killed, the debts rise considerably, as Sean robs Rupert and hits the road. The act sets off a running dread that swirls through the rest of this college curio, with Rupert in pursuit of our asshole protagonist. 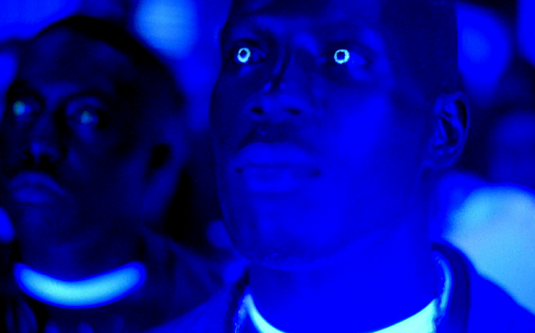 In the late ’90s, legendary video director Hype Williams finally made the leap to film, emerging with Belly, his directorial debut, about a crew of highbrow criminals hustling in New York. Leading the all-musician cast (which also includes Nas, Method Man, and T-Boz) is DMX, who stars as Tommy, a dealer and opportunist who convinces his associates to go into the business of a hot new drug. Heavily stylized, Belly includes a climax not unlike that of Strange Days, culminating on New Year’s Eve, 1999, and involving Tommy’s planned murder of a Muslim leader (civil rights figurehead Benjamin Chavis). 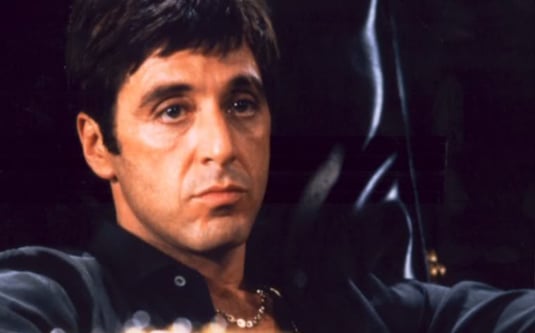 Is there anyone on Earth unaware of Tony Montana (Al Pacino) and his “little friend”? Surely the idol to most often appear on dorm room walls, Pacino’s Cuban drug lord is the dealer to end all dealers, his back-door clinching of the American Dream a gaudy portrait of excess, from his pool-sized hot tub to that desktop mountain of coke. “First you get the money, then you get the power,” Tony famously chants. And then, in this singular epic from Brian De Palma, you get riddled with enough bullets to rival Bonnie and Clyde’s undoing, and fall from grace into one of your tacky fountains, whose expense was a drop in the bucket. There is no other film like Scarface, a wildly crafted tale of dark power personified. 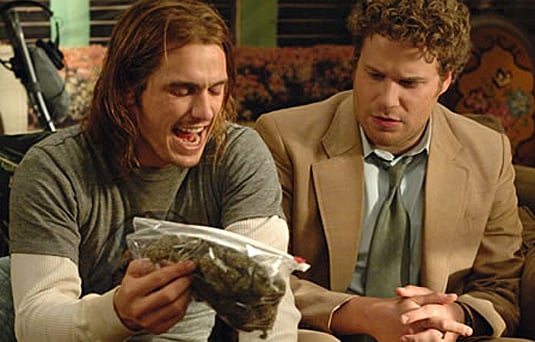 Hmm…would James Franco’s sleepy Oscar-host performance have caused such a stink if he hadn’t been so convincing as Pineapple Express’s Saul Silver, the lovable pot dealer who pals who around with Dale (Seth Rogen)? Probably not. There are a lot of nasty pushers on this list, but Saul is one lovable source for those looking to get lifted. One half of a bromance to boot, the character marked Franco’s transition into bohemian, sexually ambiguous, and intoxicant-tinged work, with Milk, Howl, and Your Highness soon to follow.