David Greenspan sets the tone for a delightful evening of theater magic by jumping onto a jewel-box stage set at the start of The Patsy. There are no doorways on this set, nor is there a ceiling; it’s a three-walled cube tastefully decorated with wallpaper and a few sticks of period furniture and props. In the nonstop 75-minute solo performance that follows, Greenspan resurrects a drawing-room comedy from the 1920s—three acts of family drama, witty banter, and romance, complete with a cast of eight characters. First presented on Broadway in 1925, the play, written by Barry Conners, centers on the Harringtons, a quarrelsome middle-class family. The father is a weary travelling salesman, the mother a social-climbing complainer, the elder daughter has just snagged a rich suitor, and the younger, bookish and disregarded by the others, harbors a secret passion for her sister’s former, now discarded, lover. Without ever leaving the stage, Greenspan gleefully impersonates all the characters, which includes the girls’ two young beaus and two walk-ons, charting their comings and goings and their emotional ups and downs, and setting the scene as needed by reading occasional stage directions as well.

A multiple OBIE winner and Drama Desk nominee, Greenspan is a frequent and distinctive presence on the New York stage. It’s not exactly a surprise to see him turn out a bravura performance. Looking back at some of his career highlights, one doesn’t easily forget his over the top Other Mother in Coraline, a musical he co-wrote with composer/lyricist Stephin Merritt; his exquisitely stylized portrayal of the acerbic Harold in the 1996 revival of Mart Crowley’s The Boys in the Band; or the exasperating drag queen who delivers a moving rendition of “Over the Rainbow” on the eve of the Stonewall uprising in Terrence McNally’s Some Men. Going even further back in time, you might also recall his one-of-a-kind turn as a neurotic artist obsessively channeling Streisand in the 1992 Public Theater production of his own The Home Show Pieces. No stranger to multiple roles, he has also breezed singlehandedly through his own The Myopia, a 25-character cavalcade extravagantly subtitled “an epic burlesque of tragic proportion,” which was revived in January last year.

But The Patsy is distinct from The Myopia—and other multi-character solo performance pieces as well—in that that this play was written naturalistically for a traditional cast of actors, and fully adheres to the conventions of the period and the romantic-comedy genre. Even though the original text has been edited, it still tells a complete story, provides a satisfying emotional arc for its leading romantic couple, and often calls for more than two characters to interact in the same scene. None of this, of course, fazes Greenspan, who expertly flips between husband, wife, daughters, and boyfriends, and at one point, memorably gives and receives the young lovers’ tremulous first kiss.

Not content with this display of virtuosity, Greenspan also showcases his own writing talent, not to mention his prodigious skill at memorizing chunks of text, in a 40-minute solo work titled Jonas, which he performs on certain evenings in a double bill with The Patsy. Jonas is a somewhat dense and complex ruminative work, a flight of fancy purportedly from Jo the butler, a minor character in George S. Kaufman and Edna Feber’s 1927 comedy The Royal Family, who Greenspan portrayed in the Broadway revival of two seasons ago.

The Patsy and Jonas double bill (which plays at the Duke Theater through August 13) is produced by the Transport Group, an award-winning theater company known for innovative and unusual work, most recently the site-specific productions of The Boys in the Band and Hello Again. Earlier this season, Transport scored a hit with Lysistrata Jones, a new musical version of the comedy by Aristophanes.

In conversation with The House Next Door, David Greenspan told us that the initial idea to stage a solo version of an American play came from Transport’s artistic director, Jack Cummings III, who also directed The Patsy and Jonas. Here is what Greenspan had to say:

How did this production of The Patsy come about?

Jack had seen The Myopia, so he approached me. I remembered having seen the silent film version of The Patsy starring Marion Davies and Marie Dressler [1928, directed by King Vidor] and I thought it was charming and really touching in a way. I had read the play after seeing the film many years ago and been kind of intrigued by it as well. So we choose to do the play, and then we realized it was two and a half hours long. Then the three of us—Jack, Kristina Corcoran Williams, the literary manager of Transport Group, and I—did a three-week workshop and trimmed the play, preserving its integrity; all the plot points are there. We also staged it within that three-week period. Afterwards, I spent a number of months learning it so that when we went back into rehearsal I would have it memorized and we could work further from there. I felt this play with its particularly romantic comedy types would be a good fit for me.

The playwright [Conners] is an interesting guy. He was educated to be a lawyer, but he really didn’t want to do that. He dropped out and started touring in small companies, learning how to be an actor and a writer. I think he developed a good deal of craft. I don’t know how the play would hold up if you do it uncut or even mildly trimmed. It’s hard to know whether the conventions of the time would transcend its period. But I really respect it as piece of writing and I’m very fond of it. The subterfuge that the girl plays is a comedic convention which has certainly been around since the time of Shakespeare—all those women duping the guys and proving themselves to be smarter than them. Yes, there’s a lot to be said for this play.

What about Jonas? Did you write that piece while you were performing in The Royal Family?

I hadn’t planned to write anything. The action is continuous in The Royal Family and though I didn’t have a lot to say I did have to go on and off stage quickly in moments here and there. But I didn’t want to sit around backstage because I never get much reading done, and also it’s dark, and I don’t have gadgets and things like that. So I thought it would be interesting to give myself an assignment—to know where I was all the time while I was on and off stage and what I was doing [as the character]. And then these other things occurred to me—different fantasies and ideas in the course of the rehearsals and the production. At some point when I had time—I was actually minding a desk at a gallery where my partner was exhibiting some paintings—I just started to write some of those things down and that’s how it started. I imagined a life for the character and one thing just led to another. I ultimately imagined him writing about somebody who was also writing something that he had once experienced himself, which was really related to the experience of the character’s experience. I wrote it relatively quickly and didn’t know whether it was a story or play, which is a line that is said in the piece. Then I determined that it was something that I wanted to perform if I could find the right opportunity.

What would you say Jonas is about?

There is this duality when you are an actor, particularly when you are offstage. There are any number of things that you are aware of, as well as watching the stagehands doing crosswords puzzles or anything else. Do you know about the cue light? If you are off stage and you need to enter at a certain point and there is not a sound that tells you when, or you can’t see because of a door or something, the stage manager will flip a light on and that’s when you have to enter. So you are always having to navigate the reality of the world of the play with the reality of the world—staying in the play, but also out of the play. There is a little line in the play: For Jonas the dining room is a real dining room with cabinets and silverware and for me it is a room that is not painted where the spectators can’t see it. I was intrigued by that. In a way, the piece is like a little meditation on the experience, my experience of [being in] that play.

What was your biggest challenge performing The Patsy and Jonas? Were there any surprises in store for you?

The biggest challenge was learning the lines. Also it was matter of delineation. In The Patsy you have to make it as clear as possible who is talking, where they are focused, create the illusion of other people in the room, as well as tell the story and create an emotional through line. That was important for Jonas too. Delineation and emotional hook was important for both. So besides memorization, delineation was the biggest assignment. The biggest surprise was I didn’t realize how high the stage was going to be and that I had to jump up like that. It turned out to be a lot of fun. It’s almost like a kid getting into a playpen. 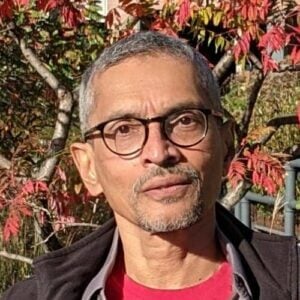 Interview: Steve James and Alex Kotlowitz on The Interrupters

Interview: Evan Glodell on the Making of Bellflower