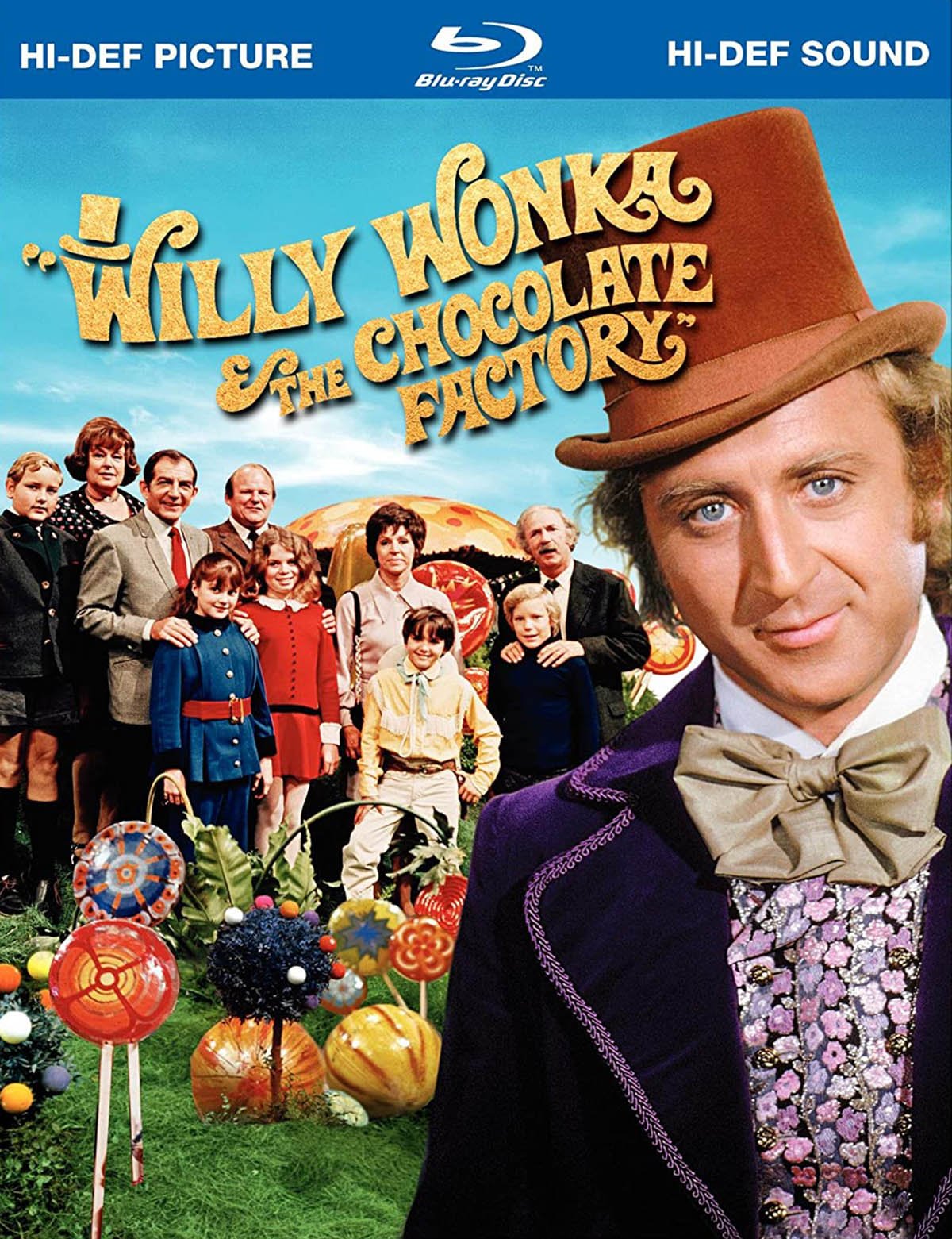 Director Mel Stuart’s Willy Wonka & the Chocolate Factory is meant to be a story of a virtuous downtrodden hero, Charlie (Peter Ostrum), overcoming his poverty and hopelessness to realize a dream that has crossed the mind of probably every child in the world. Roald Dahl’s story is a fantasy of problems magically melting away as well as a parody of the notion that children are supposed to be sweet and innocuous just because they’re children. There’s purposefully no balance in Dahl’s characterizations: Charlie is a saint, self-sacrificing and noble to the point of ludicrousness, while the various other kiddies are vain and psychotic. The author’s stories are often known for their nasty adults, but his preoccupation was less with the evil of grownups than with the danger of assumed, unquestioned power. The principal of Matilda, the supposedly kindly old women of The Witches, and the aren’t-they-precious little children of Charlie and the Chocolate Factory are cut from the same thematic cloth. Dahl’s stories have an idealism occasionally mistaken for cruelty (it’s actually an impatience with platitude), but their anarchic release prevents them from being single-minded scolds. The best Dahl work celebrates the possibility of anything, the unruliness of the mind’s desires despite its best intentions: Id as relief from hypocrisy and stagnant privilege.

Willy Wonka doesn’t have that lift: The passages in the mysterious factory, which should be Charlie’s and our release from the oppression of the earlier scenes, are just as ugly as everything that’s come before, so there’s no contrast. (The opening scenes are actually warmer and funnier.) The river of chocolate, a potentially ideal image, is sad and muddy, while the theoretically mouth-watering candies have the shine of props in a fast food chain playground. Wonka’s factory doesn’t have any zing or that heightened feel we crave from “other” worlds; and the magic boat ride—with harsh lights and stock footage of what appears to be animal and insect mutilations—would be a better fit for the big acid scene in Easy Rider. The film is a mess of loud, contrasting colors. Dahl’s successful stories are sweet and sour, because you sense him buying into sentimental impulses despite himself; this Willy Wonka, with no mood or visual sense to speak of, inadvertently becomes a poor boy’s journey into hell to watch as its ringmaster dispatches a variety of monsters, while the race he’s enslaved to produce his sweets occasionally looks on.

There is, of course, Gene Wilder as Wonka, the reason most people think they like this movie, and he’s a wonderful actor quite capable of hitting Dahl’s ambivalences (and he has a lovely entrance), but Stuart’s clunky stop-and-start pace and sketchy tone give him nowhere to go. For films that understand Dahl, that capture his rebellion and joy, see The Witches, James and the Giant Peach, Matilda, and Tim Burton’s superior Charlie and the Chocolate Factory.

The movie’s color scheme is questionable, but the images here have a clarity that gives it a pop-art-ish surrealism. This is probably as good as Willy Wonka & the Chocolate Factory is currently capable of looking, and the sound is equally rich.

Carried over from the DVD, a few featurettes with the usual remembrances and trivia are fine but unsurprising. The commentary with the Willy Wonka now-grown up children (Peter Ostrum, Julie Dawn Cole, Denise Nickerson, Paris Themmen, Michael Bollner) is laidback and poignant, playing as a sort of 42 Up for fans of the film. There is a sing-along feature for the songs that children may enjoy, and a book within the case with pictures and cast/crew tributes and song lyrics.

The Willy Wonka & the Chocolate Factory Blu-ray is a charming presentation of an overrated childhood benchmark.