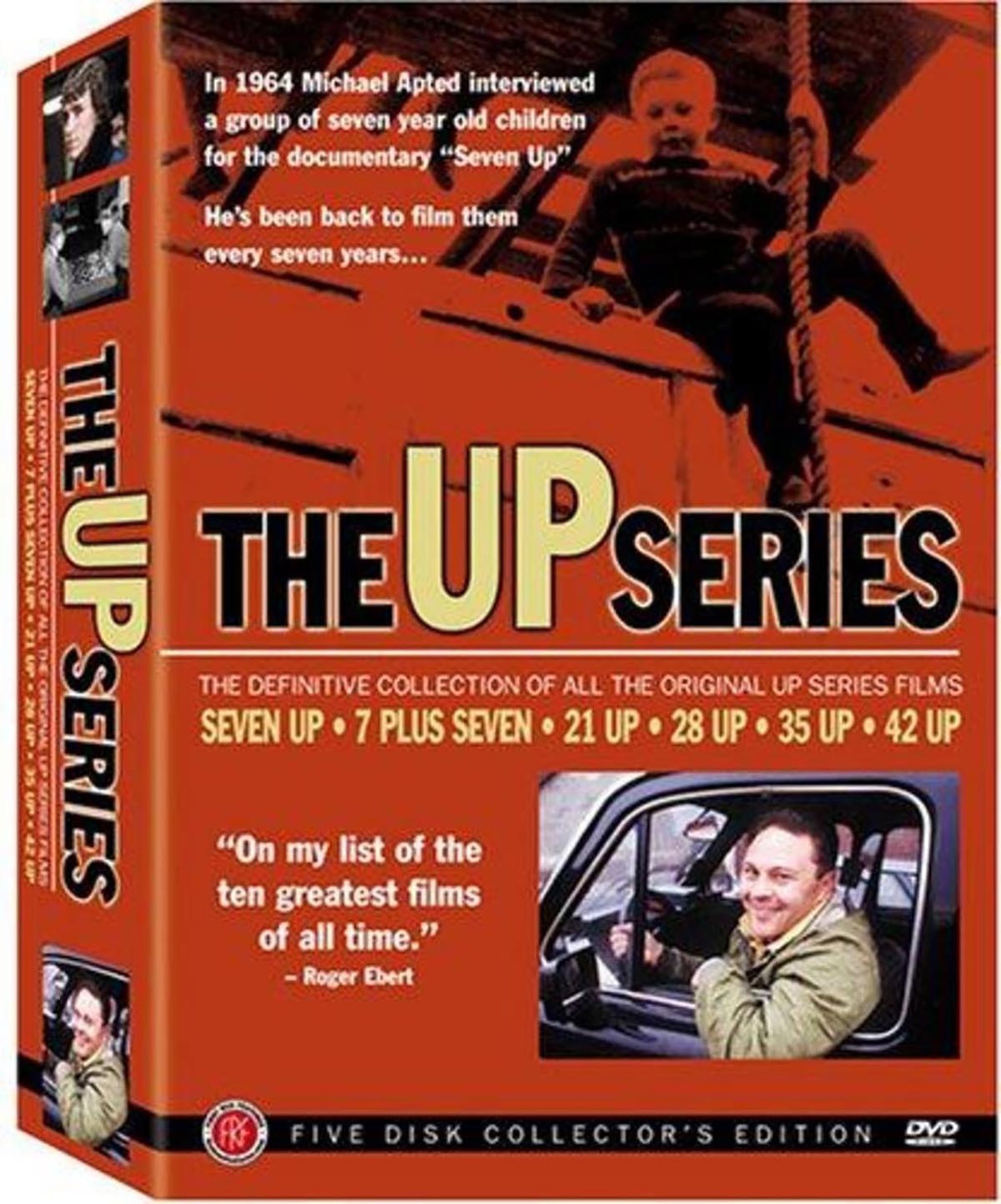 Predicated on the Jesuit maxim “Give me the child until he is seven and I will give you the man,” Michael Apted’s Up Series began in 1964 with the lovely Seven Up!, a 40-minute production by Granada Television directed by Paul Almond (Apted was only a researcher on the film) about 14 children from all over England and their dreams of the future. An anthropological study of human lives taking shape over the course of 42 years, the series begins with the primitive shot of children making their way through a jungle gym. These adorable British tykes talk about their girlfriends and boyfriends, engage in innocent gay behavior, and share their naïve thoughts on the world. Shaped by the unseen adults in their lives, these tiny men and women share opinions that are alternately amusing, unfortunate, and sublime (asked by the narrator what he thinks of rich people, one boy replies, “Not much”), and as such much of the allure of the series is watching how these ideas will evolve in relationship to their changing cultural climate, a notion unintentionally impacted by the humorously sinister “World in Action” logo that closes the film.

The older the subjects of Apted’s experiment in behavioral evolution become, the more seriously they grapple with issues dealing with money, politics, God, race, sex, and everything in between in Thatcher-day England, all notions Apted conflates throughout 7 Plus Seven and believes originate from everyone’s very specific place in Britain’s class system. The flashbacking technique employed throughout the Up Series is part of each film’s dialectic approach and is alternately compelling and cumbersome. In 21 Up, for example, Bruce Balden speaks to the camera, but not before the interviewee is introduced by glimpses from his life as captured in the previous two films. Though this technique may prove wearisome for anyone who isn’t watching these films seven years apart (indeed, an argument can be made that Apted’s audience should probably experience the world at the same time his subjects do), the stacked nature of the flashbacks fascinatingly evokes life as being propelled by a domino-like social mechanism.

It’s during 21 Up that the motley crew of interviews reveal themselves to be Apted’s harshest critics, strangely—sometimes cruelly—questioning the social and entertainment value of the series. One could say “expectation” is the overriding theme of the third film and that their harsh criticisms point to their shock at seeing themselves as pawns rooted in an “indestructible birthright.” Seven Up scene-stealer Neil Hughes becomes the series’s tragic figure in 21 Up, and throughout this film and the rest of the series his economic instability and disappointment with life could be seen as a result of his refusal to be confined to a predetermined caste system. While others are getting married and having children, the good-hearted Neil—who says he failed to get into Oxford in 21 Up (a tragic moment echoed time and again in the later films)—is now homeless and resigned to a life without children for fear they’ll inherit his loneliness.

The 14 subjects of the Up Series came together as a group only twice, and by the end of 28 Up, three will have dropped out of the project. In much the same way that that the remaining 11 participants grapple with disillusionment, their reconcilement of the past, and their relationship to their own children throughout 35 Up, death is very much on their mind throughout 42 Up. Their parents are beginning to die, and in their children they begin to see dreams Apted charted in earlier films that somehow slipped away from them (one man can’t even remember the child he was in Seven Up). Just as the series’s three dropouts lose sight of their role in Apted’s moral plan and its contribution to world cinema and human culture, two subjects acknowledge their conjoined lifeline, become best friends, and as a result a life is forever changed. It’s in this one heartbreaking moment that Suzie’s line about not being able to change what we’re born into begins to disintegrate.

Not surprisingly, the audio and video quality of the six “Up” films collected on this five-disc gets better as the series moves along. Curiously, the relatively lousy sound and image on the older films is a non-issue on 42 Up. Considering someone bothered to clean up snippets from the older films for inclusion in 42 Up, it’s a wonder why First Run Features didn’t go all the way and remaster the whole series. Of course, I’m sure someone could make the case that watching the quality of the films evolve throughout the set works into Apted’s humanist process.

Michael Apted traces the evolution of his “Up” series and his relationship to all the 14 subjects in a sensitive commentary track on the last disc containing 42 Up. Included throughout the discs are photo galleries and Aped bios, as well as previews of First Run Features titles on the fifth disc.

A powerful humanist statement that isn’t to be missed.

Interview: Michael Apted on 63 Up and the Changing Face of a Nation

Review: Michael Apted’s 63 Up Is a Grand Meditation on Mortality