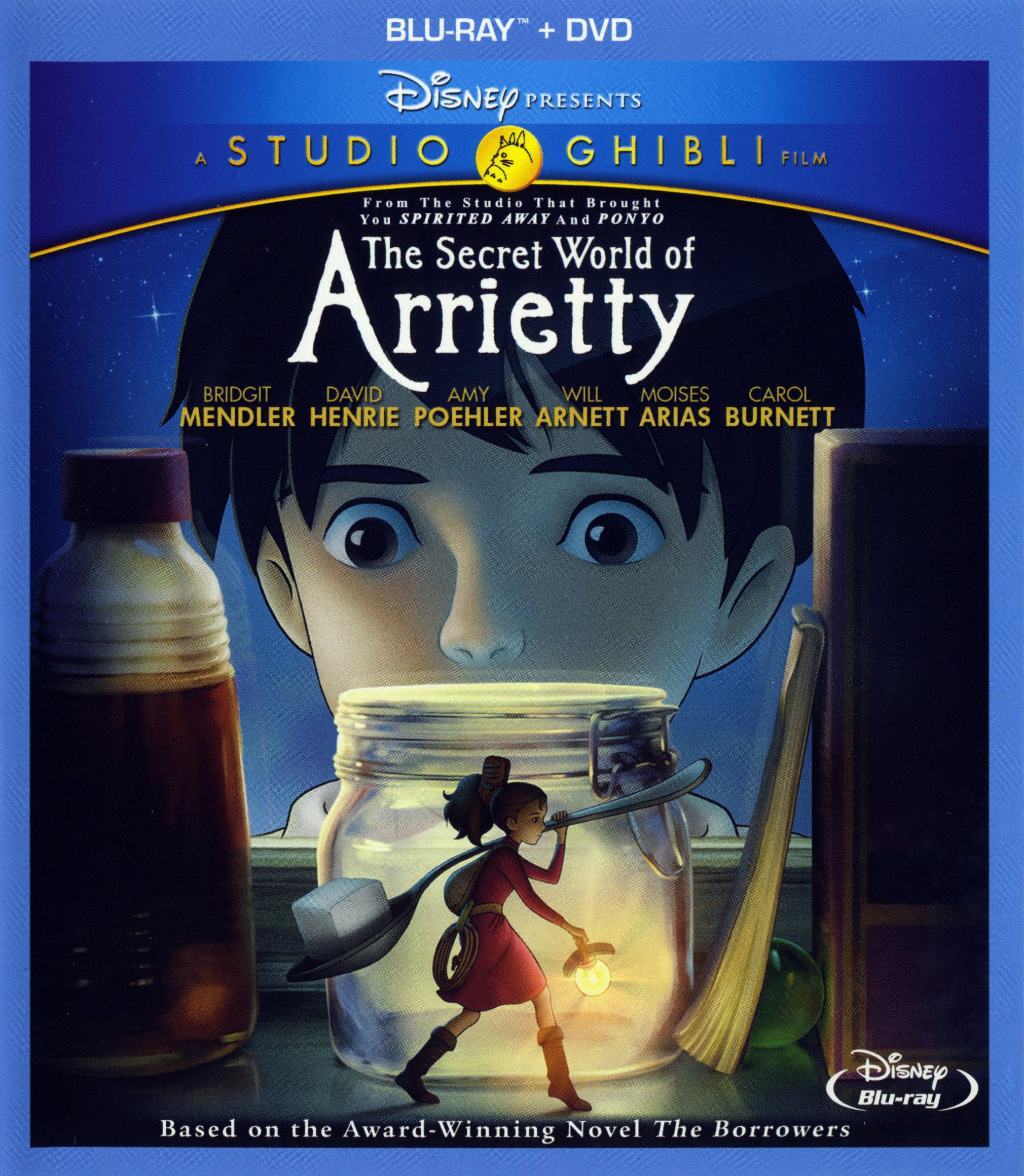 Studio Ghibli’s The Secret World of Arrietty bears some of the stamp of its co-founder and ichiban director, Hayao Miyazaki; indeed, the man behind Ponyo and Spirited Away served the film as co-writer, executive producer, and “planner.” These are hardly front-office positions, and they suggest that he was holding the production on a short leash, but directing duties were given to first-timer Hiromasa Yonebayashi, whose résumé indicates a mile-long technical collaboration with Miyazaki. It sounds something like a much-beloved variety show unexpectedly guest-hosted by an unknown, or an iconic stage role performed by an understudy. That’s how it sounds, and that’s how it is. The Secret World of Arrietty has plenty of the familiar, Miyazaki-esque visual music—a languorous attitude toward visually resplendent strangeness, and a strict adherence to the correct physical integrity of impossible worlds and sub-worlds. It’s a bravura technical performance on Yonebayashi’s part, but it lacks spirit.

The script was adapted from Mary Horton’s 1952 Carnegie Medal-winning children’s fantasy-adventure novel The Borrowers, which has since spawned a series of sequels and about a half dozen other adaptations for film and television. Like the book, the film tells the story of the Clock family, very tiny humans who are perfectly proportioned, and carry on with their domestic life in a tiny, also perfectly proportioned home, beneath the floorboards of a tucked-away country house. The father (Pod, voiced by a very subdued Will Arnett) occasionally goes on expeditions to “borrow” items from the house above—expendable items the human inhabitants won’t notice have gone missing, like sugar cubes and tissue paper. One day, the house receives a new guest, a sickly boy (nameless in the book, Shawn in the English dub of the movie) who’s been sent there to convalesce. He spots the Clocks’ only child, the girl Arrietty, as she slides down a flower stem and dashes back under the house. From there, it’s only a matter of a few falling narrative dominos before the human world and the tiny human world collide, risking the security and lives of several involved.

What must have attracted Studio Ghibli to Horton’s book (Miyazaki and co-founder Isao Takahata have been interested in the property for over 40 years) was the limitless potential to fill the screen with Miyazaki’s patented spectacle of strangeness, borne from a single fantastical contrivance: very tiny people. From the Clocks’ perspective, the face of a fat, lazy country cat becomes a Mount Rushmore-scale monolith, insects are the size of large dogs, with behavior to match, and the distance between furniture and floor the equivalent to the side of a building. The Secret World of Arrietty comes alive in the few moments when scale is illustrated.

Apart from those moments, the movie’s default setting is to soberly delineate a rather anemic story. It seems to lean on an unspoken attraction between Shawn and Arrietty that is, of course, not meant to be; she’s four inches tall, he may or may not have, to borrow a phrase from Terrence Malick, one foot on a banana peel and the other on a roller skate. Horton’s novel hews even closer to an ambiguous-pessimistic curve that’s all but declared in the film, but the film also seems curiously ransacked of story development, but not in the disarming, Duplo Blocks manner of Miyazaki’s Ponyo. What can be done with a story of secretive tiny people in a country house, one that’s inhabited by a nosy, doddering old lady and a sickly young boy? Horton’s novel was prepared to answer that question with more than just the inevitable culture clash and temporary peril. The Secret World of Arrietty only seems to have a vague desire to feel stuff (melancholy, wonder, danger, etc), but only half as much commitment to earn its keep.

As you may have heard, Studio Ghibli is one of the foremost (and last remaining) animation houses to rely largely on handcrafted, rather than computer-generated, artwork. Their sweet distribution deal with Disney still pays dividends for home-video customers, as the Blu-ray for the movie will attest. Taking into account the fact that The Secret World of Arrietty doesn’t hold a candle even to the least of Hayao Miyazaki’s films in terms of “the uncanny,” the 1080p transfer is quite dazzling, with excellent depth and contrast, preserving the quasi-artisanal quality of Ghibli’s battalion of animators and artists. The disc also offers three language tracks, each as good as the other, all of them crystal-clear. Purists will select the Japanese channel, but families will likely go with English; sadly missing is the British voice track, featuring Mark Strong and Saoirse Ronan.

Flowery pop music makes a big push for your attention at the beginning and end of the film, and the scant extras are almost exclusively devoted to them. Included on the Blu-ray are two music videos, one by the American voice of Arrietty, Bridgit Mendler, the other featuring Celtic harpist/singer Cecile Corbel. If that’s not your thing, there are original Japanese storyboards, trailers, and television spots—geared toward the more cinema-minded Ghibli devotees.

If I didn’t think Studio Ghibli’s disappointingly wan animated feature would pass out from the trauma, I’d definitely give The Secret World of Arrietty a fist-bump for, if nothing else, top-notch picture and sound, courtesy of Walt Disney’s home-video wing.