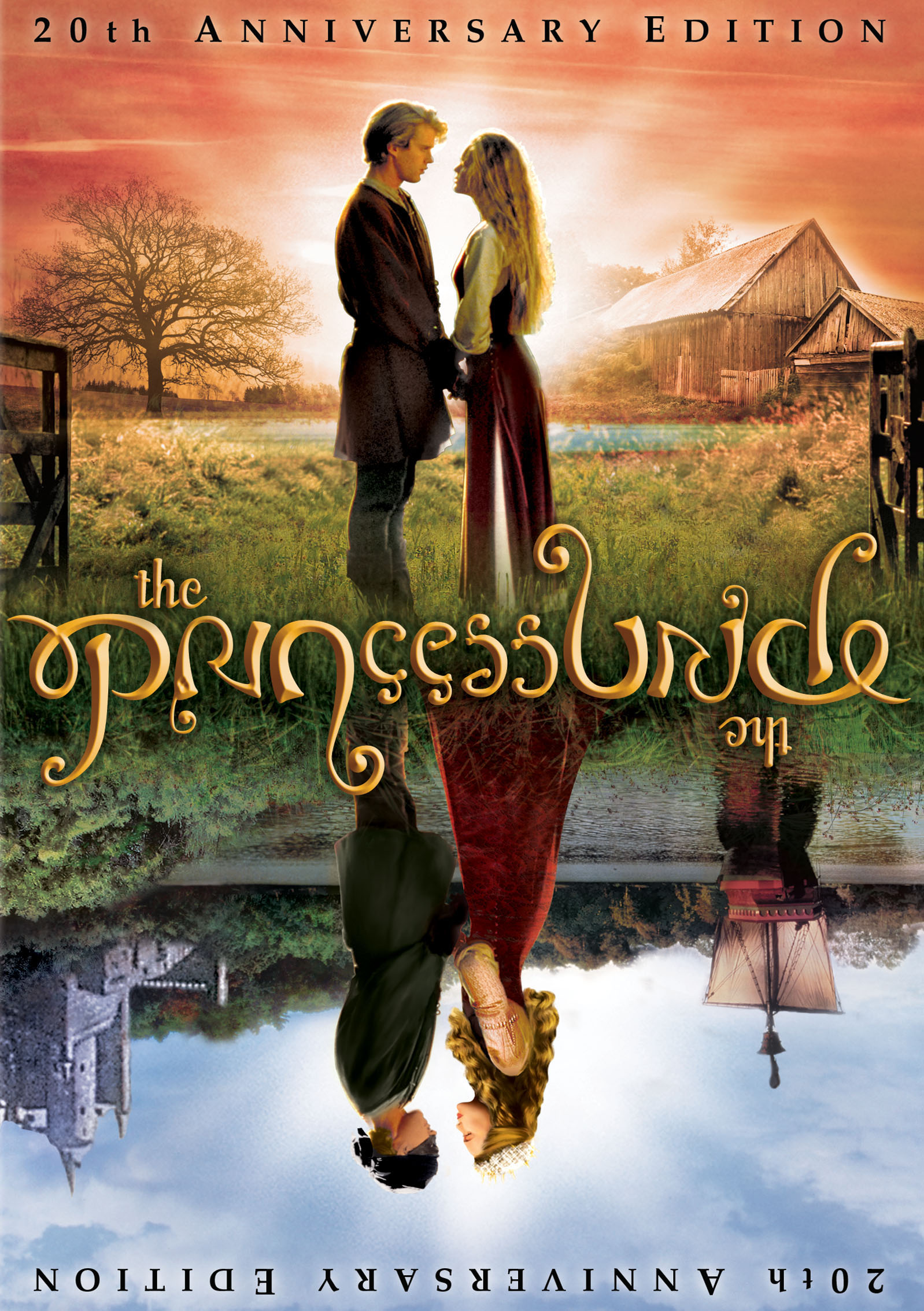 Rob Reiner’s The Princess Bride wasn’t so much the firework lighting up the sky as the flop on the sidewalk, in danger of still going off, when it struggled to compete with Fatal Attraction and Wall Street in theaters 20 years ago. A victim of so-called unmarketablity and Michael Douglas’s ‘80s hair at the time of its release, it eventually drew an audience on TV and video and now merits a 20th anniversary DVD. Writer William Goldman’s love story of a farm boy-turned-swashbuckling hero, the princess he rescues from an arranged marriage, and the friendships and revenges the two encounter along the way recreates the high-flying milieu of a Fairbanks or Flynn adventure yarn, placing it within the narrative frame of a grandfather reading a storybook to his sick grandson. The resulting self-reflection—interruptions, narrations, questions about the plot, and leaps ahead in time to avoid all that kissing—allows Goldman to encapsulate myriad emotions and gags into wildly efficient space. He brings wonderful dimension to his fairy-tale characters through surprisingly concise and poignant one-liners: “As you wish,” “Inconceivable,” Fezzik’s rhyming games, and (topping them all) “You killed my father, prepare to die.” The effortlessness of these insightful words ranks The Princess Bride alongside Butch Cassidy and the Sundance Kid and All the President’s Men as a hallmark of one of film’s most impressive screenwriting careers. Reiner’s contribution was to cast actors in the lead parts who captured the folkloric ambiance of the script in their performances with similar apparent ease; Cary Elwes, Mandy Patinkin, Billy Crystal, and Reiner’s associate on This is Spinal Tap, Christopher Guest, standout especially. The result is a film of remarkable forwardness, honesty, and humor, built, like all fairy tales, around one message, summed up late in the script: “True love is the greatest thing in the world.” Reiner and Goldman’s tale has not lost a glimmer of its shine, and is all the better now for the time it took to ignite.

Nothing flies off the screen here, but for a story-heavy film that got a great deal of visual excitement out of a relatively small budget, the sound and image presentation is clean and polished.

The most original features on this DVD may be the ambigram title treatment on the jacket cover, along with a reversible storybook insert. On the disc, three featurettes range in value. The bad: an overly academic and unconvincing analysis of the film’s tradition as a “fractured fairy tale.” The good: a look at the art of fencing with informative sword master Robert Goodwin, a handy guy to have around (you get the sense he’s read a lot of Tolkien in his time, and you’ve got to applaud him for showing up in costume).

Lacking the commentaries and home-video footage that graced previous The Princess Bride DVD releases, and short any comment from Reiner or Goldman, this pedestrian set hardly excites.