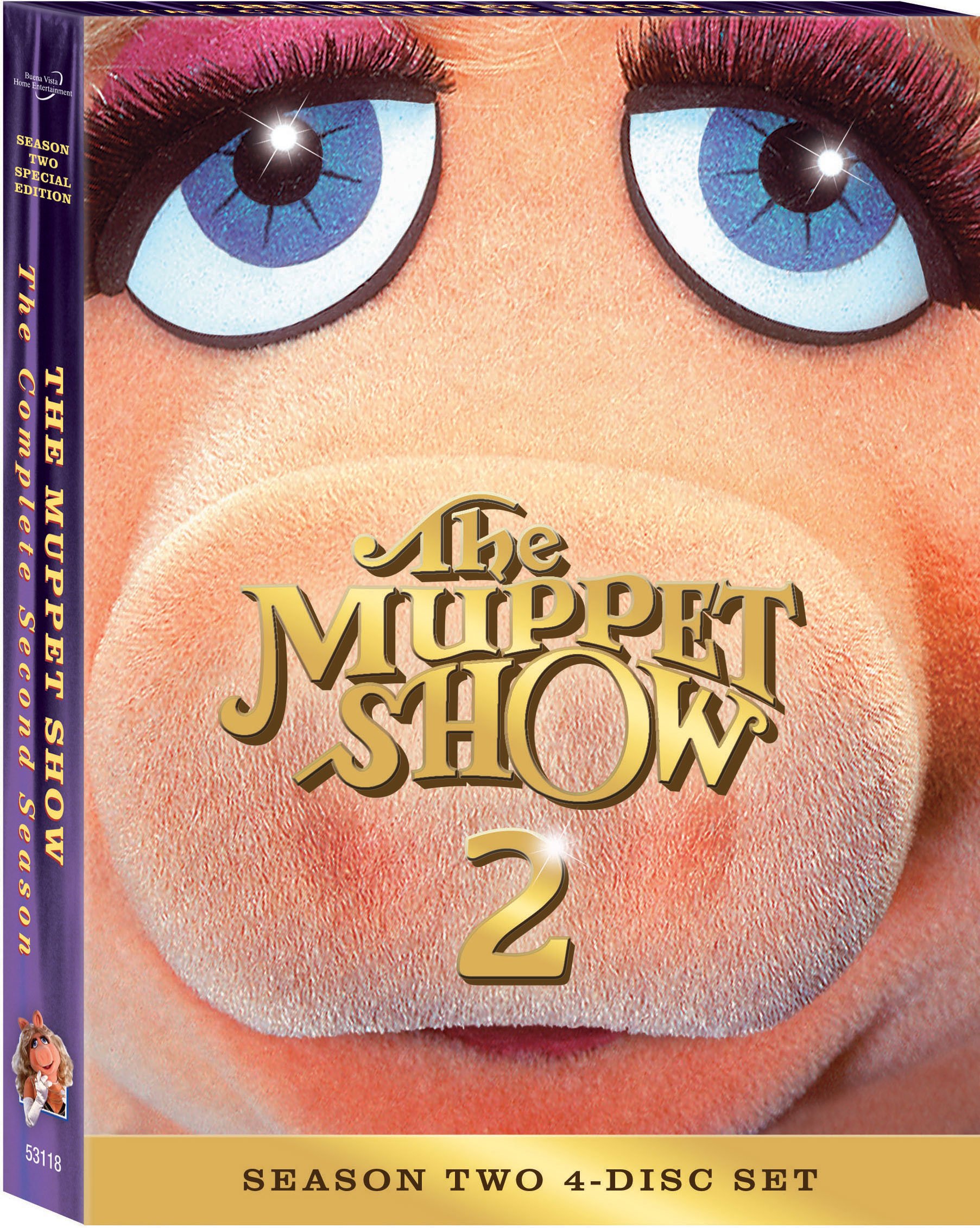 In its Emmy-winning second season, The Muppet Show went from being an innovative but occasionally awkward hybrid of kiddie cuteness and oldster vaudeville terribleness. Though the show’s je ne sans quack attitude occasionally veered into the tedium of a bum set in its shaky initial episodes, in their sophomore set, Jim Henson and his team of pun-loving writers, vocalists, and puppeteers had clearly emerged into their own. Similarly, the roster of guest stars went from the “whoever we can get” randomness of the first season (one week Vincent Price, another…Juliet Prowse?) to a confident roster of established legends, respected veterans, and even a few big name stars who were, at the time, in the salad days of their careers. Not only does season two feature three names deemed big enough for a previously-released single-disc volume—Bob Hope, George Burns, and Dom DeLuise—but also Julie Andrews (who gets a few good licks in on The Sound of Music), Elton John, John Cleese, and Peter Sellers (who, cagey as usual, forgoes actually appearing as “himself”). As if that wasn’t enough, roughly half of Mel Brooks’s contemporary roster of players put in appearances. Madeline Kahn rejects a marriage proposal from Gonzo, which says a lot about her magnificent plumage. Bernadette Peters recycles her China doll-cum-sex kitten image from Silent Movie and belts a cute country number that inadvertently calls to mind Teri Garr’s indomitable “roll in zee hay.” DeLuise gets snippy with Piggy and learns the true meaning of the word “mertle-ee-dop.” And Cloris Leachman, who so effectively spooked the horses as Frau Blücher, is menaced by a pair of stranded hungry giants on their shared desert island. If their burgeoning insanity was becoming refined, Rudolf Nureyev shows up to the relief of Sam the Eagle, who expresses his pleasure that the guest will finally bring some true culture to the gas lamp-lit boards of their theater when he performs opera. “Six of one, half-dozen of the other,” he muses when informed that the guest is actually a ballet dancer (that’s before Nureyev executes a shockingly-precise pas de deux with a gargantuan pig prima ballerina). Though Sam’s words suggest the half-cocked universe of the Muppets, season two found the entire asylum operating at full steam.

While there’s still a fresh sheen of lukewarm glaze over the video (which I surmised in my review of the previous season may have been the result of the shows being taped in England), the focus doesn’t appear to be as compromised by it. While it certainly appears edgy with constant perceptible ghosting, it’s not quite a disaster. And colors, as before, can occasionally burn through surprisingly bold. The sound range is full without being completely acceptable, but you will at least be able to clearly hear Animal, upon throwing bowling balls overhand at the entire backstage crew, yell “Strike!”

Much like the first season set’s inclusion of a bizarrely Kermit-less pilot episode, this release comes with a “Muppets Valentine Special” that seems to be coming from a parallel universe. While certainly amusing to behold from a historical perspective, it does stress how much the element of familiarity and camaraderie meant to the overall success of the Muppet ethos. Case in point is the inclusion of a featurette in which the Muppets gather and interview each other. Rounding out the package is a throwdown between the Muppets and Weezer. Anyone who has seen their “Island in the Sun” video knew this was coming.

Bob Hope dodges Japanese pole vaulters nearly as swiftly as he sprinted from one USO stop to the next, and Piggy comes frustratingly close to removing Rudolf Nureyev’s towel in the sauna.