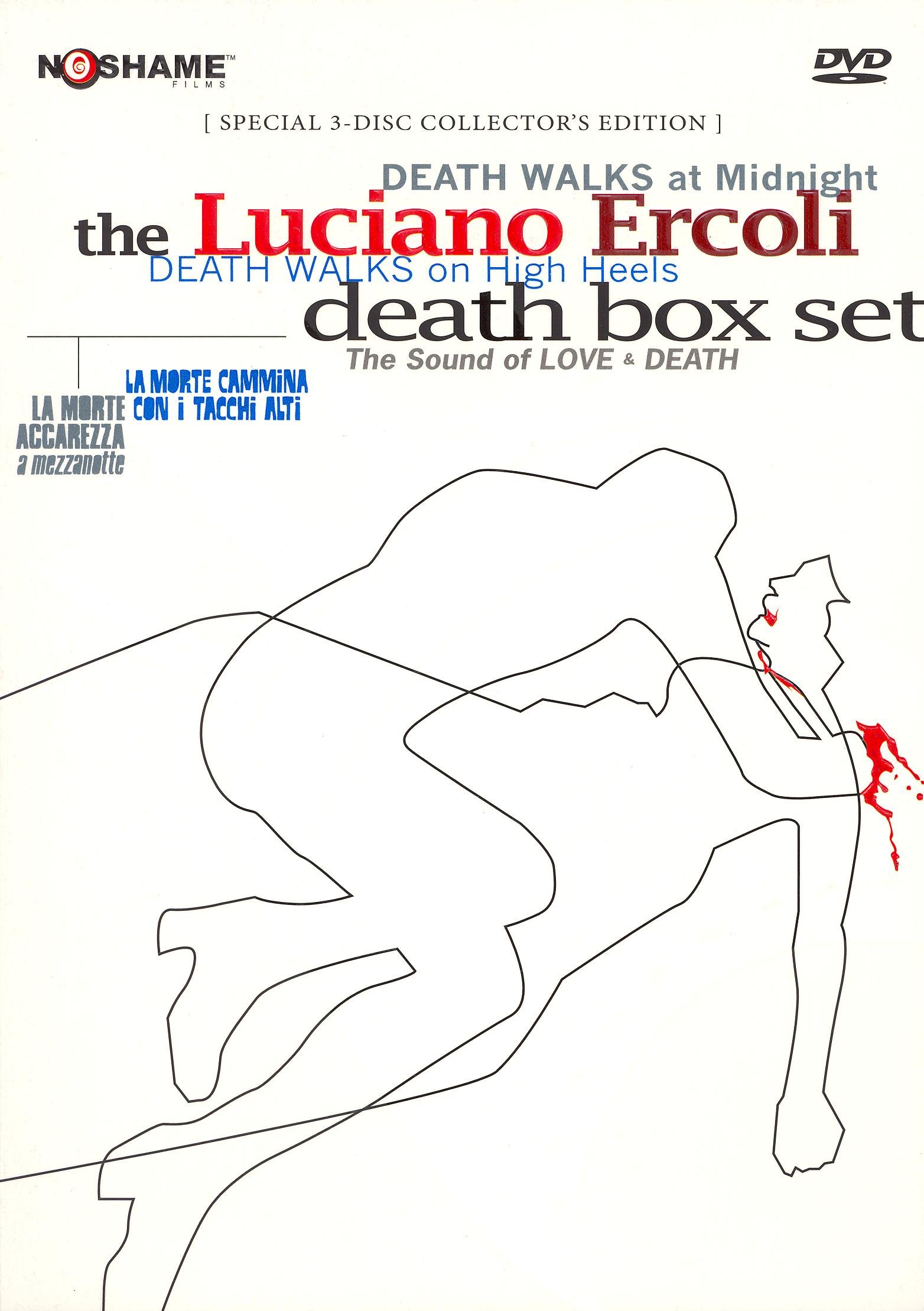 The space of a giallo film is a mixture of garish colors, mod furniture, sharp objects, psychedelic lounge music, and kooky oddballs—to what end this clutter of sights, sound, and people is used is what distinguishes a Dario Argento from a Luciano Ercoli. In Deep Red, Argento involves his audience in its philosophical mystery, blowing our minds with heady aesthetic and psychological correlations before blowing up the very fabric of the film. Scarcely profondo, the two films available on No Shame Films’s Luciano Ercoli Death Box Set are pristine examples of Italian kitsch—nothing more, nothing less. In 1971’s Death Walks on High Heels, Susan Scott stars as a Parisian stripper who runs to the English countryside thinking her boyfriend is after her for her dead father’s diamonds. If the eyes are the windows into the soul, they’re also the doors into a good deal of these giallo pictures. Ercoli is obsessed with the eyes—“death” wears blue contacts Nicole (Scott) discovers among her boyfriend’s belongings; later, a blind man whose left cornea is removed in a very detailed operation comes under suspicion by the officers investigating the story’s murders—but this hang-up isn’t intuitive; like the countless endings, red herrings, and wigs, it’s just another conceit to strangulate a story that scarcely breathes to begin with. Still, there are flashes of humor here, intentional or not—like Scott’s prolonged chicken-eating scene, the non-stop slapping of people’s faces, and the police aide whose name, Miss Pennypacker, is needlessly invoked at least a dozen times. The former example illustrates how Ercoli’s kitsch-chamber pictures can be savored as walk-in erogenous zones. A little more knowing than Death Walks on High Heels is Death Walks at Midnight, released one year later and with much of the same cast. In this one, Scott stars as a model who takes a hallucinogenic drug during a fashion shoot and thinks she witnesses a six-month-old murder. The considerably less convoluted story takes aims to involve its audience, and unlike its predecessor, it doesn’t suggest the spectacle of a Rubix Cube turning itself. Visually, too, the film is more insightful: Ercoli’s grotesque use of space affects the lead character’s confusion, and to a certain extent our own.

Impeccably clean sound and image transfers-a triumph, surely, for a company as small as No Shame Films, keepers of underground Italian flames who recently brought to light Michelangelo Antonioni’s Story of a Love Affair.

This box set isn’t heavy on the extras (a poster and stills gallery for both films; theatrical trailers for Death Walks on High Heels; and a TV version of Death Walks at Midnight), but I’d be remiss if I didn’t praise its impeccable design. An elegant, two-disc plastic rack safely guards the DVDs, and in addition to two postcards (collages of lobbycards from Death Walks at Might), a swell booklet contains liner notes and bios written out by Chris D., programmer at Hollywood’s The American Cinemateque. Also included here is a Stelvio Cirpiani CD titled The Sound of Love and Death, which collects music from about a half-dozen of the composer’s soundtracks.

Luciano Ercoli walks in high heels. Buy this DVD if that’s your sort of thing.