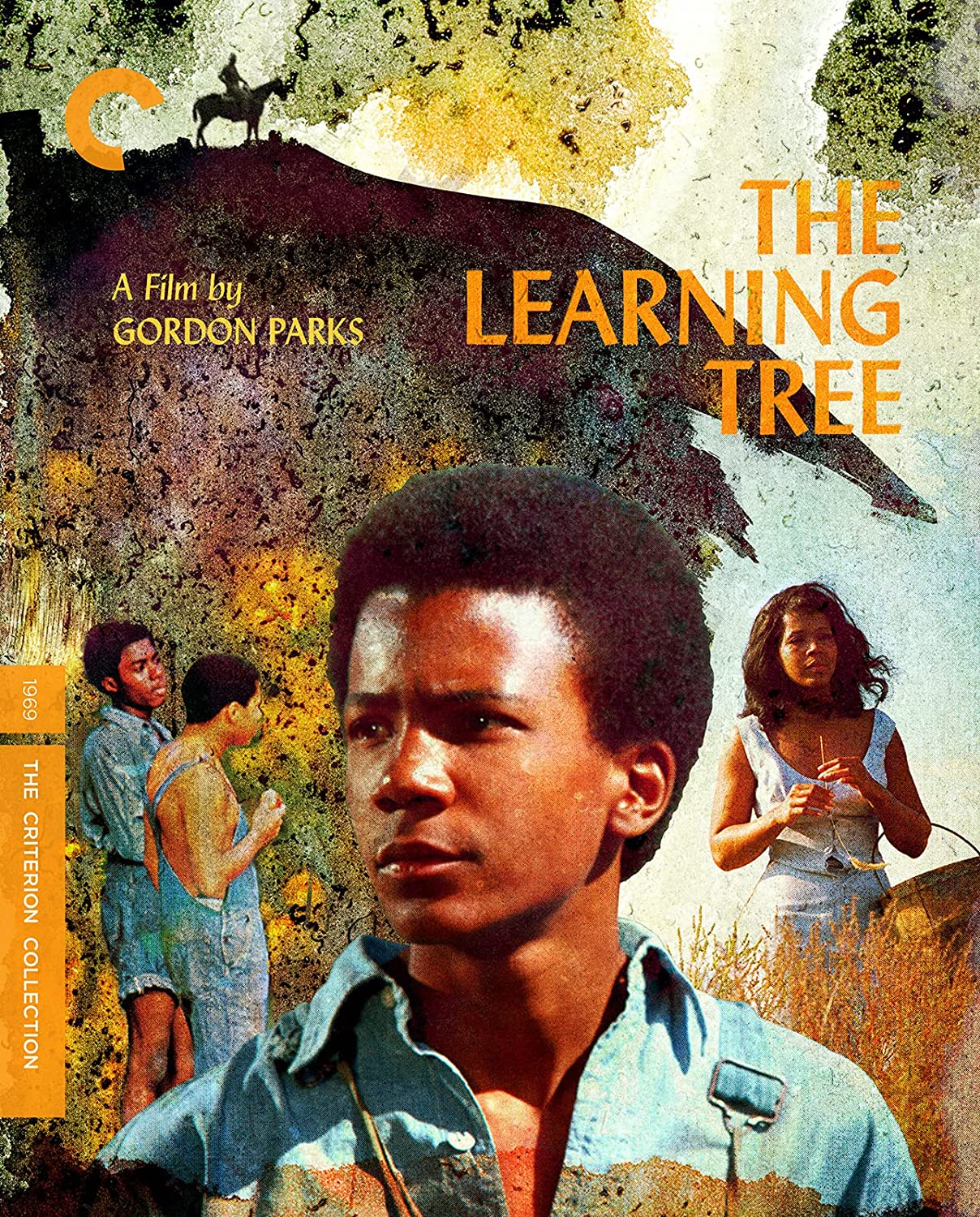 Based on Gordon Parks’s semi-autobiographical novel of the same name, The Learning Tree unfolds through the eyes of the teenage Newt (Kyle Johnson) as he experiences his first pangs of love and struggles to retain his self-respect and ideals in the face of rampant prejudice. While it’s hardly a radical film in its racial politics, the small-scale, deeply personal drama is compelling in its specificity whenever it homes in on the more quotidian aspects of black lives in rural America that, even today, are rarely glimpsed on screen.

In one notable sequence, Newt is at the county fair and a carnival barker convinces him and his friends to participate in a boxing match. As this group of black teens fight one another for a nominal fee, while a mostly white crowd gleefully looks on, the film suddenly takes on a much darker and more perilous tone and complicates our understanding of Newt, who has until this point been typically defined by his timid, thoughtful demeanor. The scene isn’t necessary to move the plot forward, but it’s a thorny splash of local color, showing how easily young black men are exploited by the town without even realizing it.

Parks also nicely dovetails Newt’s awakening to the depths of hatred between blacks and whites with the young man’s contentious friendship with Marcus (Alex Clarke), a schoolmate whose self-destructiveness serves as something of a cautionary tale for Newt. The Learning Tree contrasts Marcus’s open hostility toward virtually everyone—a symptom of the injustice he sees and experiences—with Newt’s more measured, often neutral demeanor. But we see flashes of the same moral outrage that drives Marcus surface in Newt when he bursts out at his teacher, Miss McClintock (Peggy Rea), for suggesting that black kids shouldn’t aim to go to college, or when he learns that his girlfriend, Prissy (S. Pearl Sharp), was raped by a white man.

While Parks clearly presents Marcus’s hostility in a negative light, he’s sympathetic to his emotional turmoil, highlighting the various forms of discrimination that he faces on a daily basis. And while one senses that Parks sees Newt’s more agreeable presence around white people as the wiser path, we eventually see the fatal outcomes of not standing up to power when Newt cooperates with the town’s racist sheriff (Dana Elcar) near the end of the film.

For all of its engrossing autobiographical elements, though, The Learning Tree is prone to the heavy-handed moralizing of Hollywood films about race, as in its portrayal of the sheriff as a gum-chewing villain, or a scene where a judge (Russell Thorson) delivers a mawkish diatribe to a group of white people after they threaten to lynch a black man, who they just learned committed murder. But in spite of too often playing by Hollywood’s rules, The Learning Tree is elevated by Parks’s eye for sociological and cultural detail, giving the film a lasting appeal that makes it more than just a footnote in the history of African American cinema.

The 2K restoration on this Blu-ray captures the subtle beauty of the film’s lush palette of pastels and autumnal hues. The high contrast ratio is especially impressive in the brighter exterior sequences, dominated by greens and frequent splashes of red, but it also boosts the image detail in shadow-filled interior scenes, such as when Newt shelters during the tornado or Marcus is in jail. The only minor flaw on the image front is two wide shots in the courtroom that appear to be a bit stretched horizontally, but they’re brief enough as to hardly distract from the viewing experience. The monaural soundtrack is nothing to write home about, but the separation between sounds is decent enough and the dialogue is nice and crisp.

Criterion offers a nice balance of short documentaries made around the time of the film’s release and newly recorded interviews. Of the older features, Gordon Parks Jr.’s My Father: Gordon Parks, offers the most insight into how his father worked on set, as it’s filled with a lot of behind-the-scenes footage from the shoot. It also gets into the older Parks’s wildly diverse background, from his work as a poet and composer to his world class photojournalism. The other featurette from 1969, The Moviemakers, focuses more on how he recreated the rural Kansas hometown for the film’s shoot. There are also two short films from 1968, Diary of a Harlem Family, written by Parks, and The World of Piri Thomas, which he directed.

The two newer features take a more in-depth look at the historical importance of The Learning Tree and its role in opening the door to more African Americans working in Hollywood. A short documentary, featuring curator Rhea L. Combs and filmmakers Ina Diane Archer, Ernest R. Dickerson, and Nelson George, discusses Parks’s understanding of the importance of representation on film as well as his determination to make a more intimate and personal film about African Americans that wasn’t as broad a portrait of the black experience in America as other contemporary films directed by white men. There’s also a new conversation with film scholar Michael B. Gillespie, art historian Deborah Willis, and her son, artist Hank Willis Thomas, that pays tribute to Parks’s photography and the skill with which he captured the Midwestern landscape in The Learning Tree. Lastly, a beautiful bound booklet includes a 1963 Life magazine photo essay by Parks and an excerpt from his book A Hungry Heart: A Memoir.

Criterion’s wonderful assortment of extras pays tribute to Gordon Parks’s breakthrough film, which broke down barriers for other black filmmakers.