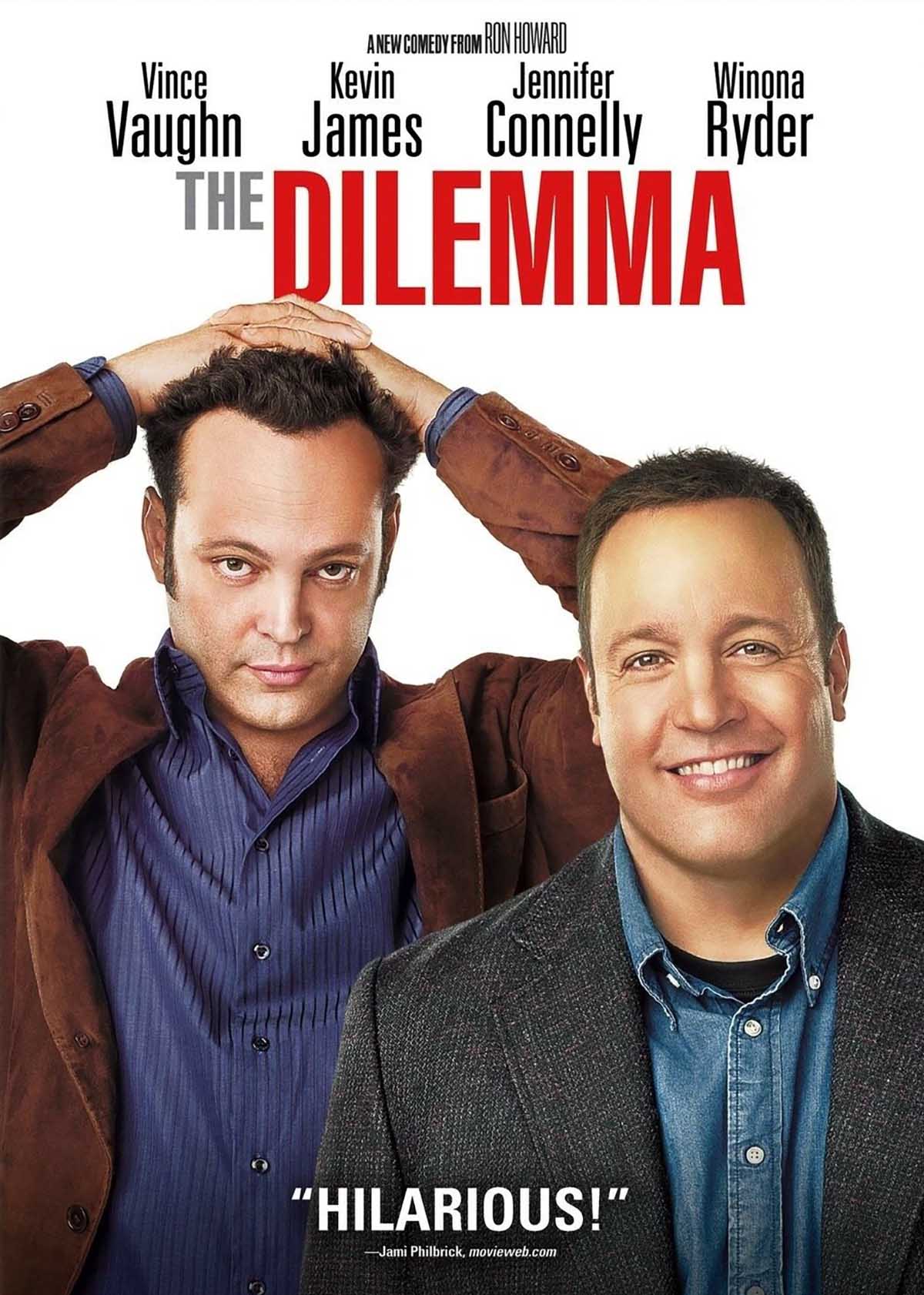 Ron Howard is a justifiably popular whipping boy among the cinema-minded. It’s worth noting, however, that the director—before becoming one of the go-to guys for the sort of Oscar-pandering tapioca that most movie fans actively despise—once made a few charming light comedies. The current American movie comedy could use a few films as well-acted and affectionate as Night Shift and Splash, while Parenthood, though anticipating the blandly “human” dreck that Howard would continue to make for the next two decades, at least afforded some good actors the opportunity to do good work. Howard’s filmmaking has always been sentimental, and he’s never had much of a visual sense, but the film he made in the 1980s and, occasionally, in the 1990s, at least exhibited an always-welcome generosity toward actors.

I had hoped, with admitted naïvete, that a return to comedy might coax something out of Howard that hasn’t been on display since the well-acted The Paper, but The Dilemma is as bad as anything he’s ever made. You sense a distressing emphasis on simple, rote competence in a contemporary Howard film, as you can imagine a studio executive praising how Howard always delivers a film on time and for the right budget. The Dilemma isn’t Howard’s worst movie (A Beautiful Mind, for unforgivably mucking around with a fascinating, not to mention real, life will always be a tough one to beat for that dishonor), but it’s impersonal and maddeningly boring.

Howard’s humanity toward his characters used to be matter of fact, and that was the primary appeal of his early films. But the contemporary Howard film suffocates you with its empathy and pretend good will. The Dilemma uses a scenario that could make for a perfectly frank and mean little farce, or for the sort of poignant roundelay with which Paul Mazursky used to specialize. Or it could have, and has, been fodder for countless sitcoms. But Howard and the inexplicably in-demand screenwriter Alan Loeb give us the worst of all worlds: a sitcom stretched out to two hours with a series of endless, self-important speeches about the importance of emotional openness and responsibility. Who wants that from an adultery comedy with Vince Vaughn?

Vaughn stars as Ronny, a serial dater in his mid 40s who thinks he may have found the one in Beth (Jennifer Connelly), whom he met through his business partner, Nick (Kevin James), and his wife, Geneva (Winona Ryder). Ronny and Nick are prepping a new project, an environmentally sound muscle car, that could earn their freelance auto design firm the fiscal stability they’ve been courting for years. Nick is under considerable strain to deliver the new engine, while Ronny, the salesman, has finally decided to pop the question to Beth. But Ronny unexpectedly finds himself in the titular pickle when he discovers that Geneva is cheating on Nick with a boy toy amusingly named Zip (Channing Tatum). Should Ronny tell Nick and jeopardize the project, and, potentially, their friendship? Or should sleeping dogs lie?

Predictably, Howard takes the ludicrous and surprisingly dour script at face value, which disappointingly strands the actors. Vaughn seems to be trying to move away from the motor-mouth devil routine that’s characterized much of his career up to this point, which means that he’s cooped up and cut off from his more unhinged instincts—a good boy trying to behave for his A-list director. Kevin James is jolly, bland Kevin James as always, which means he’s almost literally a nonentity. Ryder continues her post-PR fiasco career with another shrill performance that’s miles away from her sly turn in The Age of Innocence, while Connelly plays the same pensive, seemingly constipated, insufferably self-conscious bore that she’s been phoning in for the better part of a decade.

Only one person—on either side of the camera—seems to understand how the material should be played. As a liaison for the auto company Ronny and Nick are hoping to land, Queen Latifah easily walks away with the movie. She’s one of those rare comic actors who can be ridiculous and grandly sexy and commanding in the same instant, and there’s a mischievous, lusty twinkle in her eyes that promises things a movie this pat and aggressively PG-13 couldn’t ever hope to fulfill. Even Vaughn comes to life opposite Latifah; he temporarily discards the film’s schematic grand design to riff with someone who’s clearly every bit his match as a comic whirlwind—at the very least. Hollywood: Give these two a real, frank movie and you might have the first mainstream romantic comedy in ages that’s worth a damn.

The image is okay, but could be better. The whites are garishly bright, and the contrast of the darker colors is murky, but that’s probably how the film itself appeared on the big screen. The sound mix is better, as it’s clear without calling attention to itself. In the end, the image and sound, as befitting this instantly forgettable turkey, are mostly competent and unremarkable.

The extras are similarly unremarkable. An alternate ending is offered, but it’s nearly the same as the ending that made the final cut. The deleted scenes are mostly the usual snips here and there from moments that remain in the film, though there’s one totally new bit with James going nuts at an auto show that was understandably cut for pacing issues. The gag reel and making-of featurette are exactly what you expect from most DVD releases: filler.

The Dilemma gets the indifferent DVD treatment it deserves. Skip it.

Blu-ray Review: Jonathan Demme’s Something Wild on the Criterion Collection