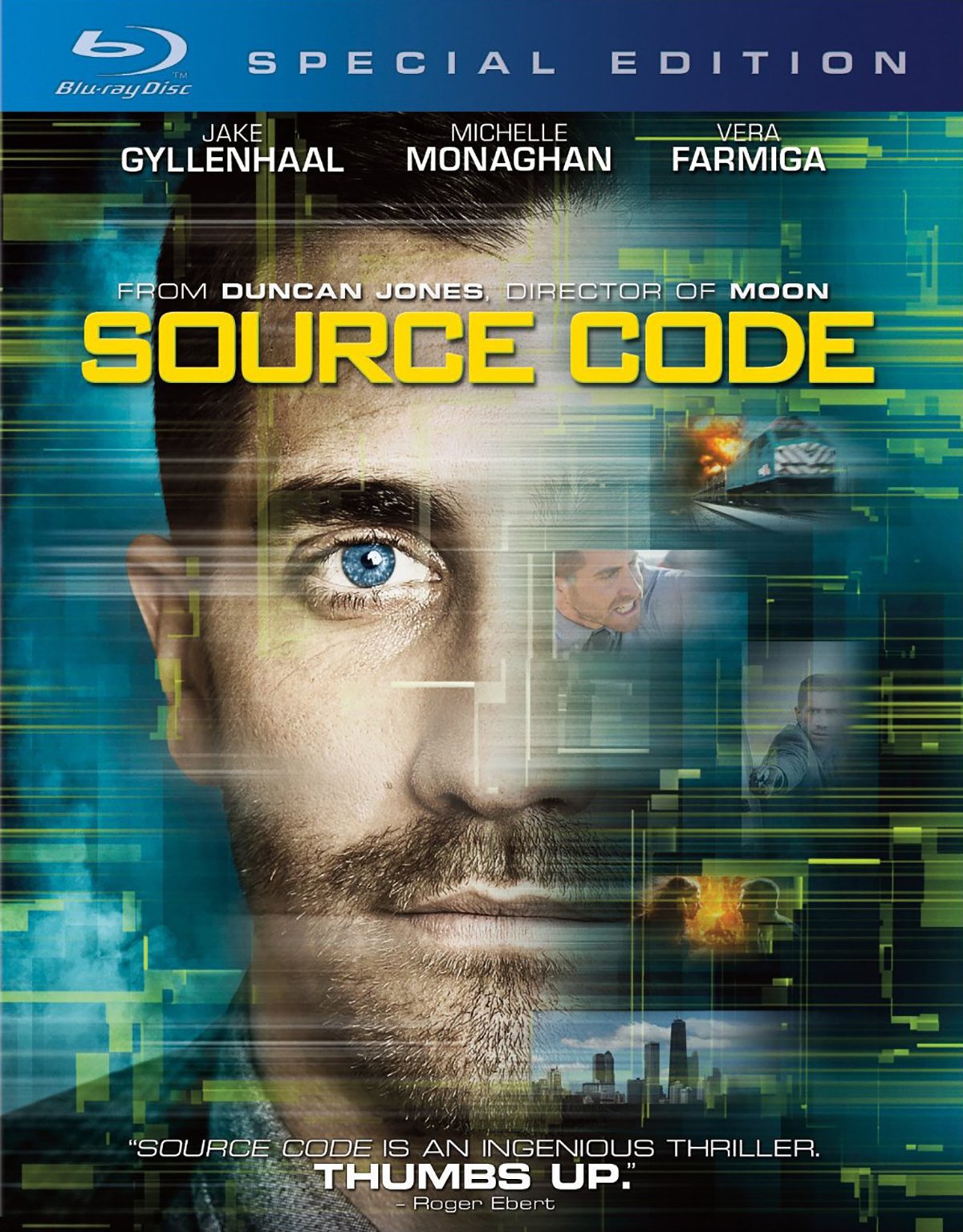 Based on a smart, if admittedly contraption-like, screenplay by Ben Ripley, Source Code is essentially the story of a man attempting to recreate and alter a story for some distant, detached overlords, which makes it a uniquely apt prospect for a director like Duncan Jones. The scion of rock ‘n’ roll’s mightiest jester, Jones had little trouble distancing himself from Papa Bowie’s fame when his slightly overpraised debut feature, Moon, garnered ample critical attention following its premiere at the Sundance Film Festival in 2009 and its subsequent release through Sony Pictures Classics. Studio interest had been sufficiently piqued, but Jones’s plans to direct a passion project, the futuristic Berlin-based neo-noir Mute, fizzled during funding, which led the director to take the reins of Source Code as a for-hire gig through Summit Entertainment on a budget over six times that of Moon.

Isolationism and bureaucratic ambivalence are bridging themes between Moon and Source Code, though the location has changed from an eponymous planet to the outskirts of Chicago. A bomb has gone off on a commuter train, killing hundreds, if not thousands, and it’s thought to be a mere arpeggio to a grand-scale attack in the heart of the Windy City. Part of an emergency protocol, a young Army pilot, Colter Stevens (Jake Gyllenhaal), has been sent back to relive the eight minutes prior to the explosion and locate the terrorist through the titular doo-hickie. An inexplicable program that pointedly doesn’t involve time travel, the source code is certainly above the understanding of poor Colter, who spends half of the film reliving the sequence of events and the other half trapped in a metamorphosing compound, speaking to Goodwin (Vera Farmiga), an Air Force captain and liaison between Colter and the program’s creator, Rutledge (Jeffrey Wright). So, it’s not only acceptable, but one of the more involving facets of Jones’s film that we are hardly more informed than the protagonist throughout Source Code.

Asked to retread a seemingly impermeable series of minor events that lead to the bombing, Colter appears to the passengers of the train as a recognizable commuter, a teacher named Sean. As we learn quickly, Sean had been working a bit of the long game with a fellow commuter, Christina (Michelle Monaghan), before his untimely demise, but Sean is happy to pick up the flirtation as he searches for the madman, who, Goodwin and Rutledge assure Colter, has to be on the train as well. It’s not a wholly original premise, but Ripley’s script offers a myriad of variant, inventive pleasures, and Jones orchestrates them with dazzling pacing. The story is densely constructed, but the script’s conceit allows for a rather ingenious progression in storytelling, in which not only the central mystery, but the grim events that led Colter to become Rutledge’s guinea pig, are revealed in a way that ensures maximum tension and payoff.

Though it ends on somewhat questionable terms, Source Code is a consummate and beguilingly classy entertainment, which is to say that it shows an admirable level of confidence in the audience’s ability to both understand a convoluted central device and forgive the minor lapses in logic and reason in Ripley’s screenplay. Not without a sizable amount of allegorical weight, Source Code not only merits but rewards the attentive viewer, as the very premise of the film hinges on a full-tilt analysis of a singular sequence of events. In terms of filmmaking, one can see where Jones might find a kindred spirit in Colter and see himself in a nightmarish loop of slaving over assigned work; many of his more idiosyncratic tendencies are certainly tampered down here. His considerable abilities as a director, however, power Source Code and the end result bears markings not unlike the work of such singular contemporaries as the great Richard Kelly and genre-meister Nimrod Antal.

If nothing else, Source Code might be used as sort of creative collateral, proof that even if his more personal projects don’t immediately find an audience, his talents can be successfully utilized in a for-hire capacity. Considering his fascination with the body’s decay and ultimate annihilation, it’s not unrealistic to see Jones eventually following in similar footsteps as David Cronenberg, though his current reliance on story and plot structure certainly doesn’t speak to that. Speculation on a career with this sort of promise is at once inevitable and utterly pointless, and with rumors that budget talks for Mute might be rekindled, the talk will no doubt continue until a Variety headline secures a project and new expectations for Jones. For now, it’s perhaps best to simply enjoy the acute, layered craftsmanship of Source Code, rather than wander aimlessly in search of where he will end up and no, the potential for a “space odyssey” joke here isn’t lost on me.

As I mentioned, Source Code is a far less idiosyncratic film than Moon is, visually speaking, and therefore the 1080p transfer of the film doesn’t quite pop with colors. That being said, this is about as good a transfer as one could hope for, with consistent fine detail, facial textures, and that rare flare of color (mostly blues). Black levels are excellent and there’s absolutely no sign of banding, haloing, blocking, or edge enhancement. A fine layer of grain is maintained throughout and the exterior shots look absolutely stunning. The audio treatment is equally solid. Dialogue is kept out front while atmosphere noise and Chris Bacon’s score are beautifully balanced in the back. Sound effects show muscle in the mix as well, notably during the repeated explosions and when Colter is in the source code device. Altogether, Summit has done a fine job with this release.

Summit is a bit sparse here and has only supplied two extras, only one of which is really worth sitting through. “The Access: Source Code” feature, which offers a picture-in-picture option to learn more about the film through interviews, trivia, and “behind the science” tidbits, is more annoying than informative, but the audio commentary with Duncan Jones, Ben Ripley, and Jake Gyllenhaal is a real treat. There’s a great energy for the project in each participant and they go through every step of the production with insight and good humor. It’s one of the more enjoyable commentaries I’ve heard this year and nearly makes up for the lack of other extras.

Duncan Jones’s Source Code is far more nuanced and intelligent thriller than it has any right to be and, thanks to a superb transfer from Summit, welcomes repeat viewings on Blu-ray.

Review: Jorge Michel Grau’s We Are What We Are on MPI Media Group DVD