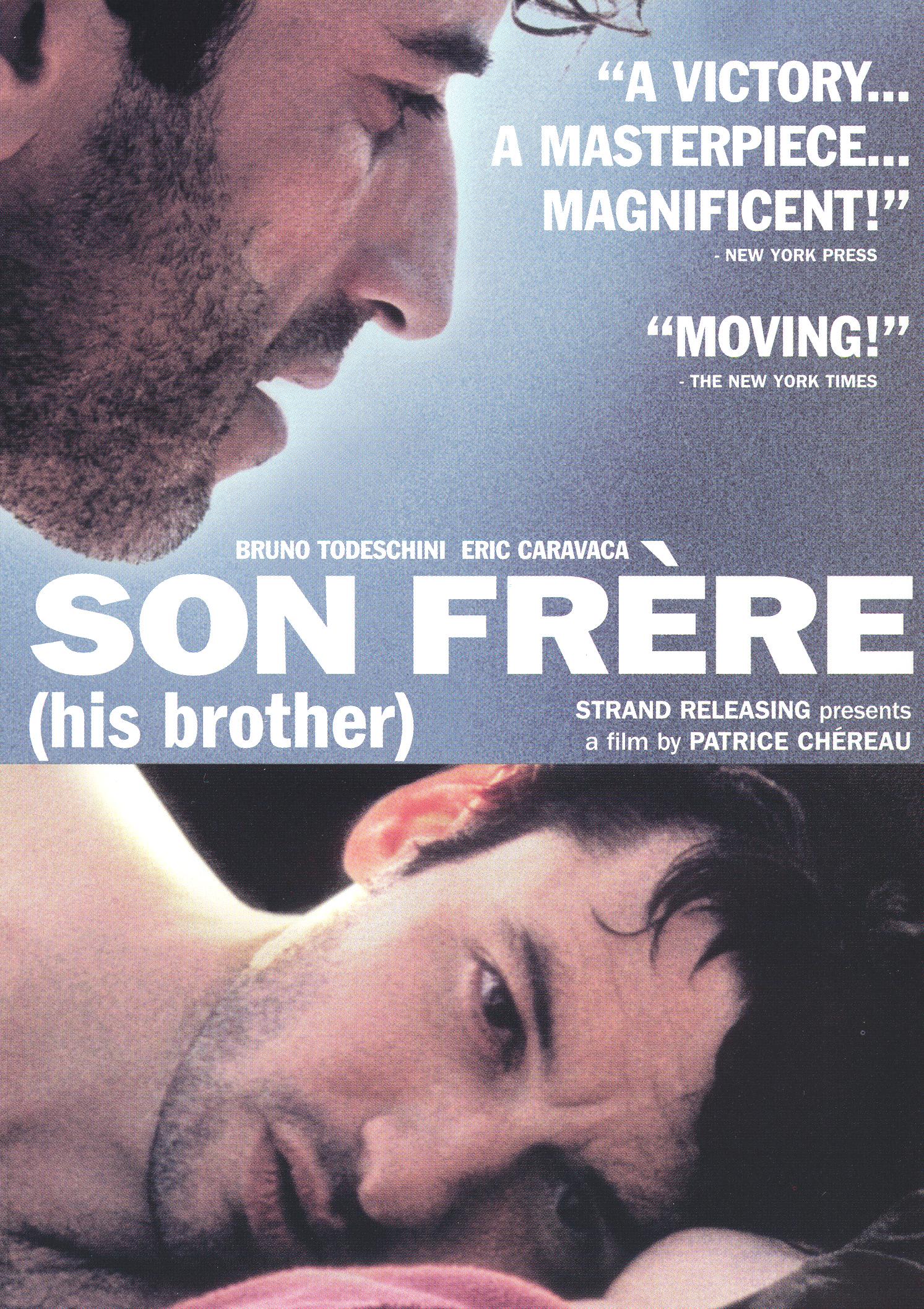 Patrice Chéreau cuts to the core of human agony with the kind of precision that escapes most directors. In Intimacy, Chéreau observes what happens to a man when he falls in love with the married woman he fucks regularly inside his dingy London flat. When she stops calling, his world falls apart. Now, in his elegiac new film, Son Frère, he chronicles a desperate reconnect between two brothers when one is diagnosed with a mysterious blood disease. The man and woman at the center of Intimacy claw at each other like wild animals. In Son Frère, a straight man uses his failing body as a means to bridge the gap between himself and his younger gay sibling. In both films, skin becomes a kind of existential burden.

This conflict is evocatively set up in the first few minutes of Son Frère, when an old man nearly bores the two brothers to death with the story of ferries carrying passengers across watery divides. Thomas (Bruno Todeschini) accuses Luc (Eric Caravaca) of running away years ago, and Luc blames Thomas’s alleged homophobia for their separation. For Chéreau, this is excess emotional baggage, and once the brothers have quickly sorted through it, the director forces an emotional reunion so honest and unselfish it should shame anyone who takes Denys Arcand’s The Barbarian Invasions with anything more than a grain of salt.

Luc and Thomas’s love for one another is unmistakable and not in the least bit sexual. When Luc divulges to Thomas’s conflicted girlfriend, Claire (Nathalie Boutefeu), that his brother was the first boy he ever experimented with, there’s absolutely nothing perverse or pretentious to the revelation. Instead, it’s something altogether beautiful—understood as an innocent bonding ritual that ushered Luc into manhood, and one that’s every bit as ravishing as the memory of Thomas helping Luc evade a swarm of bees. And when Luc kisses Claire, we recognize the gesture, however foolish and fumbling, as an act of love and shared remorse.

From a nude beach to the hospital where Thomas is interned, Chéreau bravely lingers on human flesh. However old, taut, hairy, saggy, or cut up, it’s all the same: a gratuitous barrier that too often prevents us from crawling inside each other. The beauty of Chéreau’s films is that they ask us to emotionally transcend that skin. Luc does, and as such the physical space his brother leaves behind on a picnic bench is that much easier to take.

Watch out for the grain on this Son Frère DVD; it’s so big you’re liable to fall right through. Daylight and exterior scenes fare best, but dimly-lit interiors bring out the worst in the transfer, from the dirt to the very-noticeable edge enhancement. The stereo soundtrack is a little flat, but it fares somewhat better.

Just trailers for Praise, His Secret Life, Love is the Devil, and Steam: The Turkish Bath.

An embarrassing audio/video presentation for one of the very best films of the year.

Review: Freddie Francis’s Dracula Has Risen from the Grave on Warner DVD