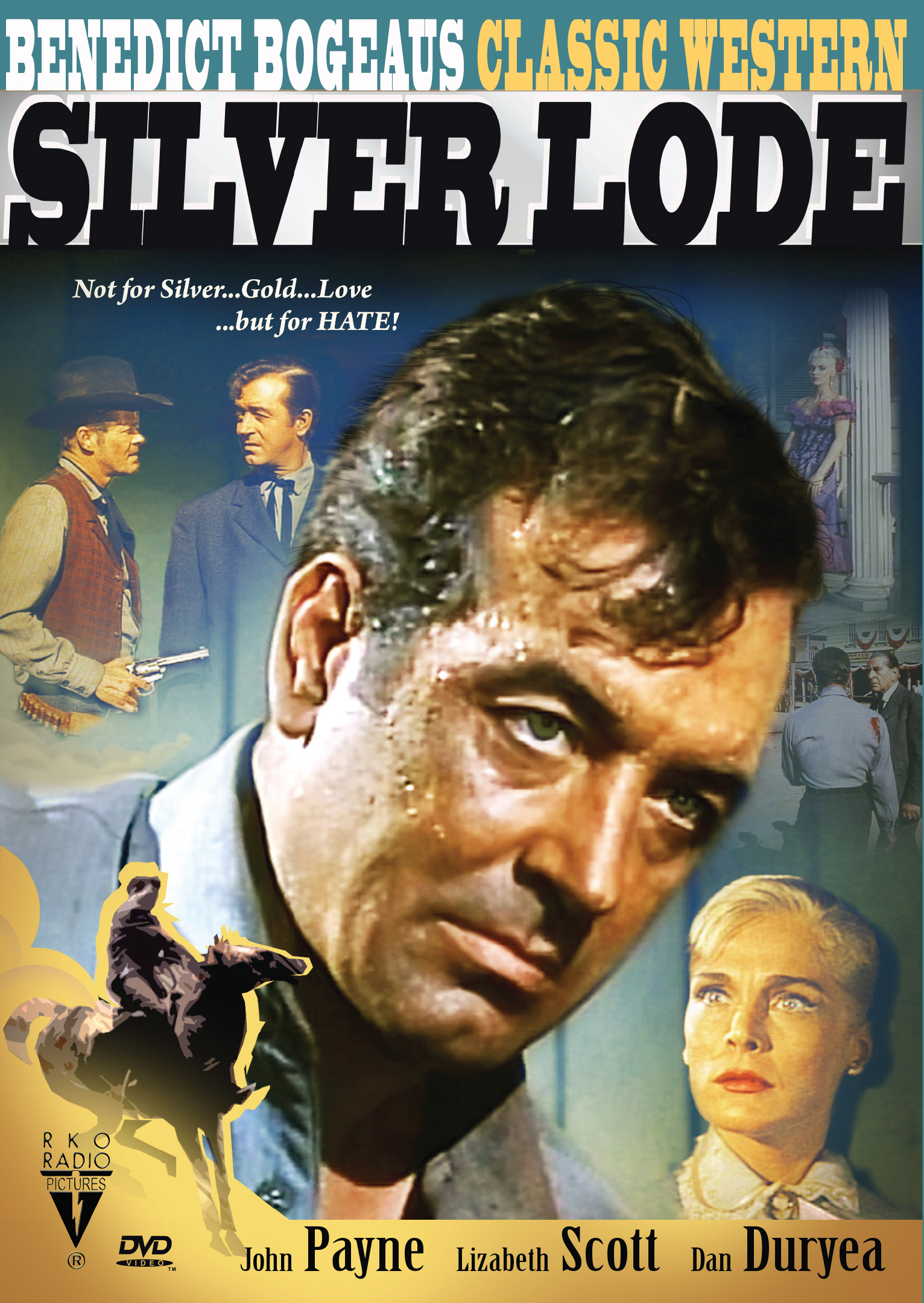 A tireless, versatile silent-era pioneer who, over the course of five decades, directed everybody from Shirley Temple to John Wayne, Allan Dwan flourished in the 1950s with a series of unusual, low-budget westerns that, if less consistent than those of Anthony Mann, Budd Boetticher, or Andre de Toth, are just as interesting. The most well-known of these, 1954’s Silver Lode, opens with a premonition of The Wild Bunch (children playacting at violence as ominous lawmen stroll into a frontier town) and proceeds like an uncredited sagebrush transmutation of Jorge Luis Borges’s short story Ragnarök.

Leading the sinister rangers is the rabidly vengeful Ned McCarthy (Dan Duryea, in fine slimy form), who disrupts the Fourth of July festivities with a warrant for the arrest of Dan Ballard (John Payne), a beloved local rancher about to get married. The townspeople at first stand by the accused man, but, as innuendo spreads and the protagonist’s search for the truth grows into a manhunt, the fragility of justice in the community becomes blindingly clear.

A daylight nightmare staged in real time, the deceptively modest Silver Lode has a dynamism and ingenuity that outclass the stolidity of many more established features. Made at a time when the western was both reaching a classical pinnacle and displaying the first signs of genre-cracking inquiries, the film doesn’t starve for political subtext: If nothing is as outré as Joan Crawford trading her white gown for a red shirt in Johnny Guitar, there’s no mistaking the subversive resonance of thugs posing as bearers of the law and a fugitive trying to evade a fickle mob in arid, flag-festooned streets.

In addition to its critique of knee-jerk McCarthyite persecution, the film also abounds in such fascinating items as the sisterly yin-yang of Ballard’s respectable bride (Lisabeth Scott) and his brazen ex-mistress (Dolores Moran), cinematographer John Alton’s masterly lighting and extended tracking shots, and the spiritual exhaustion of a showdown in a church’s bell tower. There’s still much to rummage through in Dwan’s wide-ranging oeuvre, but Silver Lode is the sort of work that separates the artists from the artisans.

The faded colors (plenty of blobby pinks and blues) and ghosting effects often dent Allan Dwan’s compositions. Except for a few noticeable distortions, the sound is clear.

A couple of 10-minute featurettes on Allan Dwan and John Payne, featuring Joel Blumberg rattling off trivia and a criminal dearth of clips, are the sole extras.

A less than stellar presentation for a forgotten pioneer’s subversive gem.