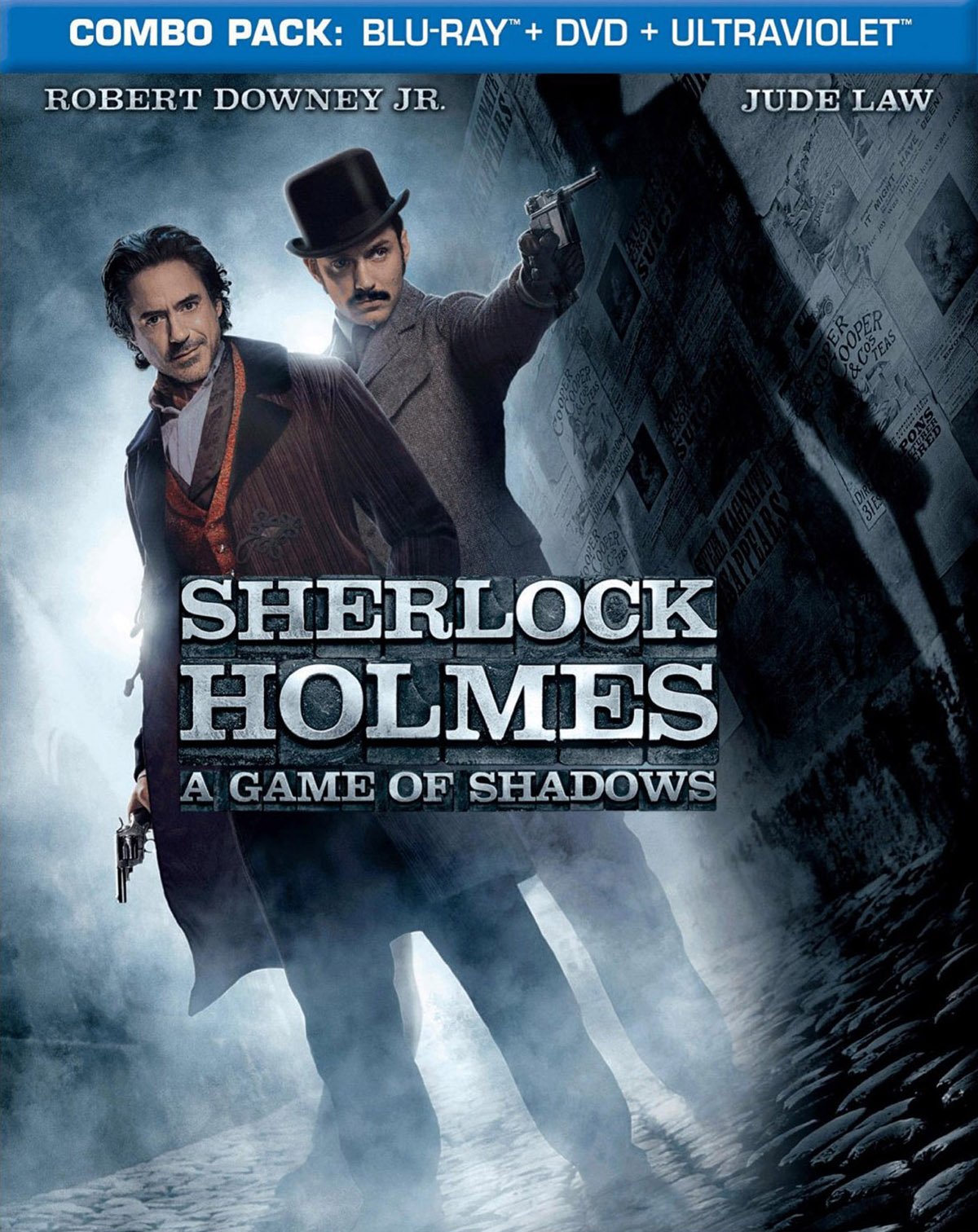 If one thing has remained a constant since Guy Ritchie’s 1998 feature debut, Lock, Stock and Two Smoking Barrels, it’s that he has always, somehow, managed to produce the illusion of invention without a matching degree of creativity, and the first Sherlock Holmes inflated that notion to almost a hundred million dollars’ worth of outsized proportions. His blockbuster coming-out film, Sherlock Holmes boasted low-to-modest entertainment value, but was done in by the depressing sensation of annoyingly moneyed A-listers having a lot of fun while paying off their summer homes, and whatever backroom deals must be struck for the camera always to swoop around and make a big exhibition of the film’s CGI backdrops, to no real purpose. All in all, audiences flocked to it as if responding to the factory whistle, leading, inevitably, to a sequel.

Predictably, the budget for A Game of Shadows has been increased by about a third, translating to more locations, more explosions, and more gunfire. The busy plot concerns the machinations of squeaky-clean, academic titan and society-guy Professor Moriarity (Jared Harris), who has been clandestinely plotting to bring the world’s nations into war by staging explosions and assassinations throughout various major cities. All of this, plus the re-introduction of the first film’s principals, is disclosed in a distressingly aimless first hour, which only partly serves as a playpen for its hyperactive star.

Strangely, and without actually picking up the pace, the movie begins to become quite good once the initial mass of exposition is dispensed with. On the whole, A Game of Shadows is allowed greater latitude, cloaked by the worldwide success of its predecessor. In fact, the very aimlessness that threatens to derail it as a well-oiled narrative machine also makes it possible for Ritchie and his writers to take a number of pleasurable detours. This is, on occasion, the happy consequence of a billion-dollar franchise. The Watson-Holmes relationship, ever characterized by a balance between annoyance and tenderness, is nicely represented here when the master detective aids the gravely hungover doctor out of their carriage and toward the latter’s wedding ceremony. Moriarity makes a splendidly Feuilladean villain, a Fantômas-Mabuse-esque mastermind who obliges others to do his dirty work, leaving no evidence that might raise anyone’s suspicions. The diabolical Fantômas is also remembered through Holmes’s camouflage trickery, specifically in two moments that could easily have been inspired by Paul Fejos’s 1932 adaptation. (Since Joseph Losey’s work is namechecked twice, La Truite and Don Giovanni, such a cinephilic invocation isn’t hard to believe.)

Perhaps, for all his deficiencies, Ritchie is that rare case: a director who needs to be allowed to chase his own tail, for as long as possible, until something interesting happens. This is proven by his best and most free film, the certifiably deranged and philosophically spurious Revolver. Not unlike the loosened cannon who made that 2005 film, blockbuster-baptized Ritchie doubles down on the indulgent gimmicks of the first Sherlock Holmes, namely the Ritchie-esque “Holmes vision,” wherein the narrative stops while Robert Downey Jr. narrates the detective’s step-by-step plans to disarm an enemy, or defuse a volatile situation. This device, and similar stylistic tics, such as the bullet-time-ish effects in the forest assault, begins to take over the film, to the point that there’s scarcely any “normal” movie left alive. It’s from this strange soil, however, that Ritchie’s eccentric personality begins to bloom. Eventually, the rote narrative and its mad driver reach their logical reunion, an apocalyptic resolution to the Moriarity-Holmes rivalry that should surprise no fans of the classic stories, but which, nevertheless, is startling in its tranquil beauty.

Sherlock Holmes: A Game of Shadows was shot on film, and all the color processing appears present and correct, with beautiful grain throughout. The sound mix is rich and challenging, featuring every imaginable kind of soundscape, from busy crowds, bustling kitchens, to isolated chambers and drawing rooms. Warner Home Video’s DTS-HD track is strong from high to low; you’ll want to warn your neighbors before watching.

A for Effort, C for Class. There’s a decent set of featurettes on the film’s effects, shooting style, storytelling, etc., maybe a little heavy on the self-congratulation, but harmless for what it is, as well as the usual trailers and picture galleries. You’ll want to stick with that, unless you’re so deeply enamored with Robert Downey Jr. that you’ll watch A Game of Shadows on “Maximum Movie Mode,” an eccentric gimmick in which the film stops every few minutes while the superstar regales you with what amounts to a sterile press packet. For your viewing pleasure, Tony Stark talks about great the film is, how great everybody who worked on the film is, and just generally acts like he’s being paid $30,000 per minute to dress like a bum and talk nonsense. Fans will plotz; all others steer clear.

An oddball blockbuster that gets better when it gets to be “too much.” As for Warner’s handsomely mounted Blu-ray, less is more.