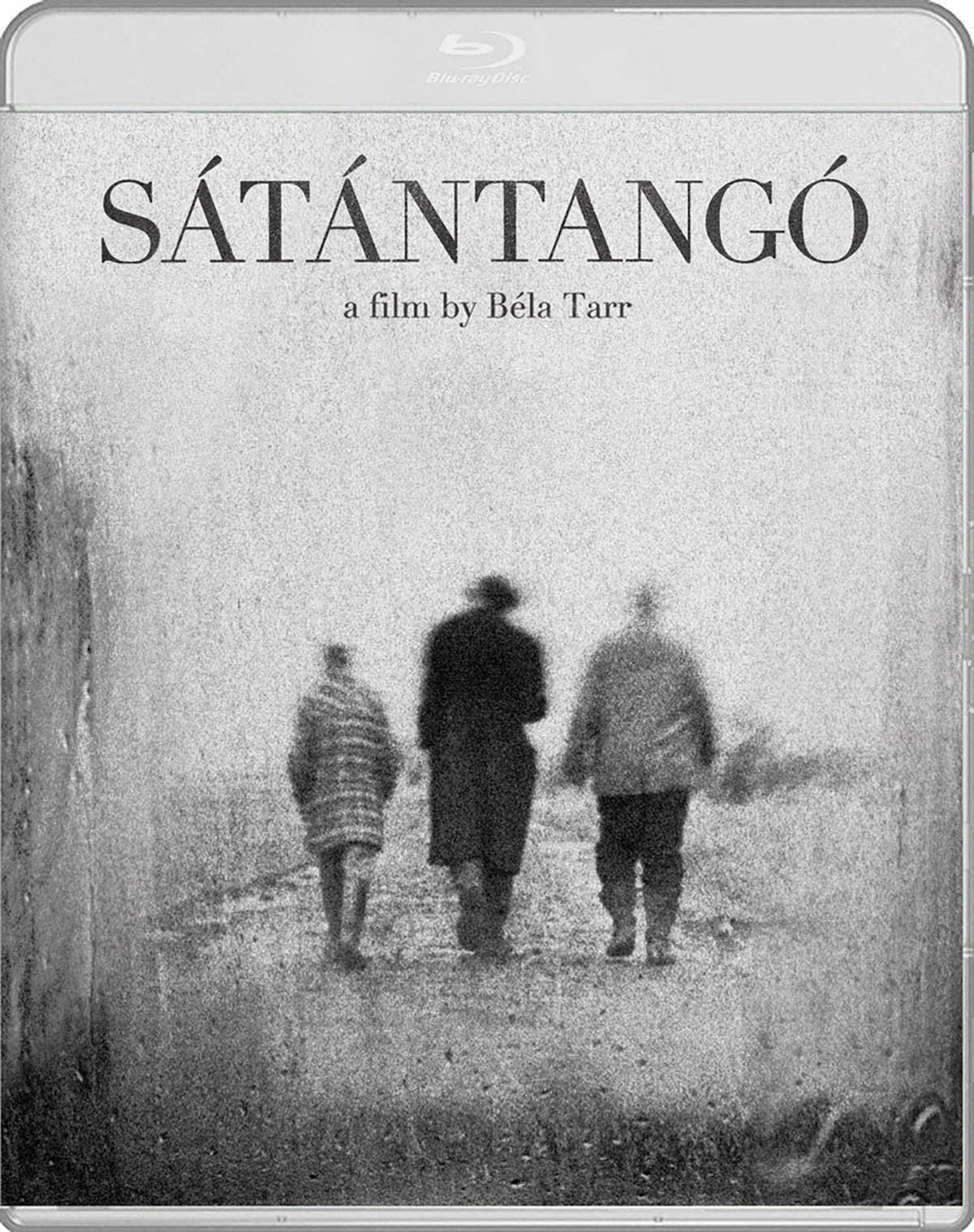 Thanks to funding by Alexander Korda, Hungary implemented the world’s first nationalized film industry in 1919. Despite what the country’s cinema has achieved since then, not to mention the historical significance of the aforementioned cinematic “first,” it’s largely eclipsed by the cinema of neighboring countries. Director Imre Gyöngyössy (Sons of Fire) has described his Hungarian language as “very difficult” and culture as “very closed”—an assessment that explains the characteristic nature of Hungarian cinema and the reduced availability of these films outside the country, especially in the United States. These native attributes are intrinsic to the works of many Hungarian filmmakers, including Béla Tarr.

Counting his production of Macbeth for Hungarian television, Tarr has directed nine films since 1979’s Family Nest. Said to emulate the vérité style of John Cassavetes, Tarr’s early work inherits the durable socialist stance of Hungarian cinema (this political trend is perhaps best exhibited in the work of Miklós Jancsó) and is rooted in common, insular social environments. Tarr’s later films are similarly distinctive but their visual styles are more meticulous, often characterized by frequent long takes that recall the work of Andrei Tarkovsky. This rigorous style is on beautiful display throughout the director’s seminal Sátántangó.

Tarr’s 1994 film begins with a formidable opening shot: Within a rural, permanently saturated farming community, a single take observes a group of cattle as they exit a warehouse pen. Some wander around, grazing inattentively while others impulsively copulate. The entire herd begins to move between houses and barns, toward a subdivision end and slowly toward the horizon. This action is stark, unusual, and darkly satiric, for in these opening minutes the farmers’ livestock is able to freely move around—to simply leave. It’s this option of freedom that no human character across Sátántangó’s 450-minute running time shares.

Rain is constant in this location (the photography makes it almost tangible), and Tarr seems to analogize it with poverty; both are unremitting plagues. Most of the film’s principal characters develop a scheme to rob a sum of money that’s been promised, in shares, to each farmer. The possibility of wealth—and, therefore, escape—fosters greed, deceit, and infidelity. Futaki (Miklós Székely B.) and Mrs. Schmidt (Éva Almássy Albert) are seen post-coital: The pair immediately begins to conspicuously plot, and are interrupted by Mr. Schmidt (László Lugossy), another secret conspirator who unknowingly reveals his scheme to a hiding Futaki. One sin fosters another and deceit interconnects each person in the entire community; their respective vices prohibit their individual departures. As with the metaphoric link between weather and poverty, it’s apparent these farmers lack the community of their livestock.

Tarr purposely correlates Sátántangó to the structure of a spider’s web, after which two of the film’s episodes are named. The characters here are assembled in a hierarchy of domination and betrayal; it’s a trap where even the most secret conspiracy is disruptively repercussive. At the fringe of this web is young Estike (Erika Bók). She’s been fleeced of her modest savings by her bother, and this loss results in frustration. She latches on to a pet cat, terrorizing it and finally forcing its head into a bowl of poisoned milk. (Affected by the gravity of her violence, she spends her final hours with the animal’s stiffened corpse in tow.) Afterward, she fashions an identical elixir for herself. In this manner, betrayal inevitably tenders the highest cost for the lowest-tiered conspirator. The tragedy affects everyone.

The entirety of Sátántangó is stitched together from a series of long shots—a minute number in proportion to the film’s epic length. This cinematographic tactic visually manifests Sátántangó’s thematic intentions. There are numerous instances of this visual signature, and the effect is hypnotic: sunrises occur in real time; figures move toward distant horizons and diminish; close-ups track along walking heads that bob vertically—and endlessly—in and out of frame. These actions are all captured with bold, static patience by Gábor Medvigy’s camera, and are demonstrative of the ennui of the film’s deprived community.

Sátántangó is structured in a repetitive chronology that apes the rhythmic tally of the tango. Episodes are followed or preceded by others that transpire simultaneously but from different perspectives, and passages without action (as in a lengthy scene where characters engage in the titular dance) are supplementary to ones that precede or follow. Slowly, we’re informed of every betrayal and lie, of every deceit in a community that relies, ironically, upon faith.

The film is divided into 12 episodes, some of which only indirectly convey the film’s signifying theme of desperation. In contrast to Estike’s desperate violence is a community doctor (Peter Berling) who records the actions of neighbors through his window and fumbles through his scenes in a vodka-induced stupor. He’s as poor and desperate as any other character, yet his behavior is comic in what’s an otherwise tragic film. Sátántangó is a compilation of such stark and discriminated pieces. It’s the cumulative alliance of a number of contrasted themes that reveals the irony of its being: that it’s at once sympathetic and patronizing, both tragic and satiric. And it’s this insidious yet ambiguous political nature that characterizes Sátántangó as a distinctly Hungarian vision, in turn perpetuating its obscurity and qualifying its art.

Only previously available in Region 1 on a notoriously cruddy and now out-of-print DVD from Facets, Sátántangó receives an absolutely revelatory restoration from Arbelos. Detail is excellent throughout, highlighting the various shades of rot on dilapidated house walls and throwing close-ups into such sharpness that you can practically count the individual pores on people’s faces. During high-contrast nighttime shots, the depth and accuracy of the black levels is outstanding, while the sources of light illuminating the frame are consistently stable. The soundtrack is clear and balanced, emphasizing ambient sound as much as dialogue.

In a lengthy interview, composer Mihály Vig discusses his career and how his interests in classical, progressive rock, and ambient music sparked his transition into film scoring. Naturally, his long-running collaboration with Béla Tarr is covered at length, and in some ways the musician-actor’s biography doubles as a tour of Tarr’s career from an emerging artist running a film club and personal studio to internationally acclaimed auteur. A video essay by critic Kevin B. Lee titled “Orders of Time in Motion” breaks down the film’s structure, camera movement, and use of long takes, while an archival post-screening Q&A with Tarr at the Walker Art Center finds the filmmaker offering insights into the social context and aesthetic makeup of Sátántangó. The only knock against this important release is that Arbelos didn’t manage to port over the most meaningful extras from the Facets DVD: a handful of pivotal Tarr shorts, most notably his minimalist 1982 adaptation of Macbeth for Hungarian TV.

Arbelos’s restoration of Sátántangó is so gorgeous that the film’s seven and a half hours slip by as smoothly as Béla Tarr’s majestic long takes.