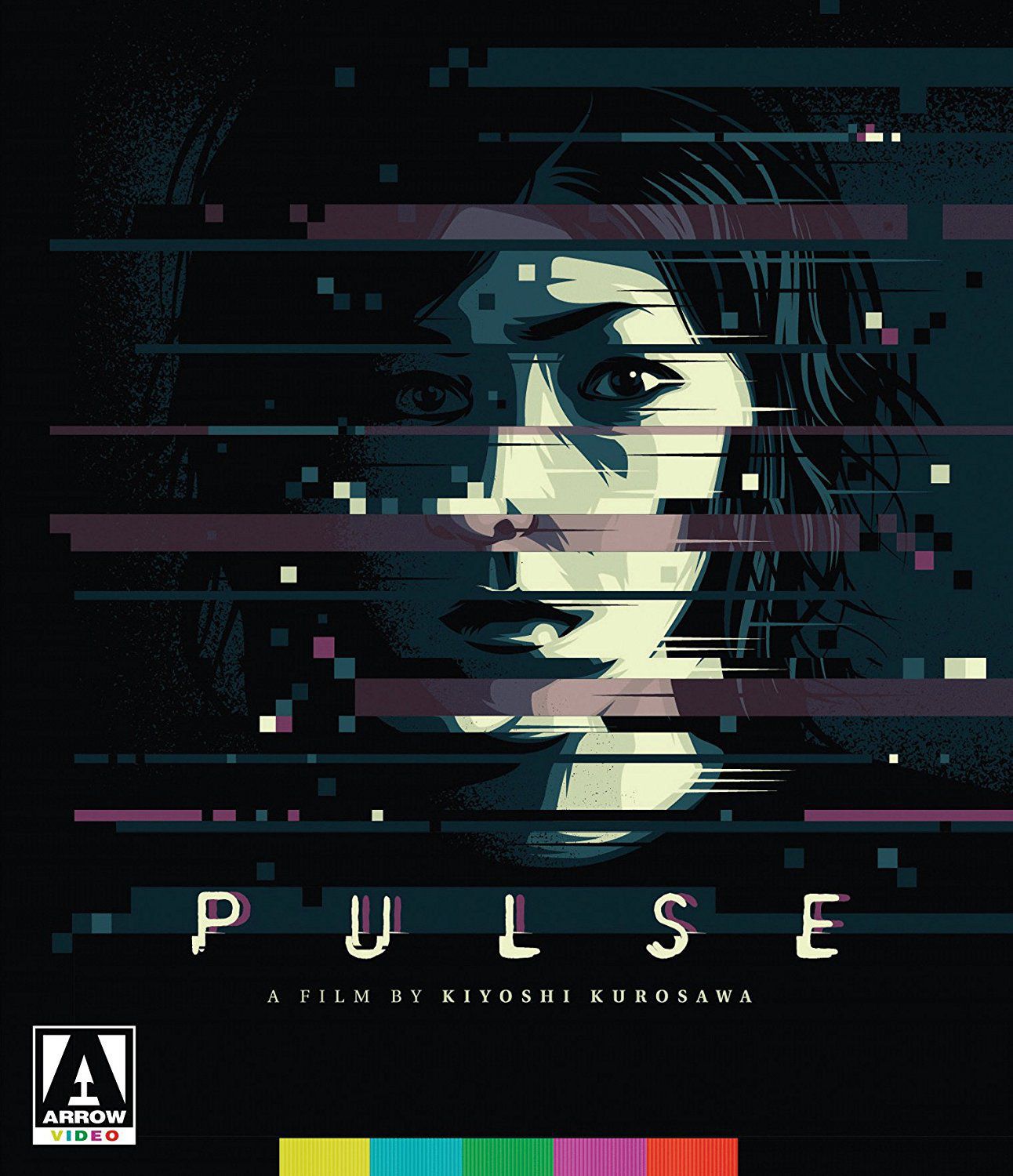 Many films have tackled the subject of the growing emotional disconnect of a technologically connected world, but few have embodied a sense of loneliness as palpably as Kiyoshi Kurosawa’s Pulse. A ghost story wrapped up in millennial anxiety, the film finds much of its horror on computer screens, where the low-resolution images of early internet access and frequent glitches capture literal ghosts in the machine, spectral aberrations rendered further incorporeal by their digital manifestation. Shapes move in blurs of indefinite proportion, generating endless unease for their indecipherability.

Soon, the real world takes on this sense of hazy, unclear definition. Shot on 35mm film, Pulse nonetheless apes the look of early digital, with thick fields of grain that resemble SD pixelation. Shadows permeate the film, not in the angular, inky pools of darkness that horror, like noir, has long inherited from German expressionism, but in grimy blotches that muck up pale glimmers of light—like the blemishes on the skin of someone who’s spent too much time indoors in front of a computer. In fact, the first unsettling apparitions that can be seen in web browsers are other internet users, not ghosts, and they’re glimpsed not only from webcams, but also from terrifying surveillance angles. Gradually, people’s bored, ghostly lit faces morph into amorphous figures that appear in rooms whose walls are scrawled over with pleas for help.

Kurosawa films Pulse’s increasing intersections of the living and dead with nonlinear shot patterns. Cameras seemingly set in fixed positions will suddenly pan over to peer at something that a character notices off screen, turning what appears to be an objective perspective into a subjective one. Tracking shots glide in curving motions that obscure as much as they reveal, engaging in futile chases with elusive shadows only to stumble upon additional information. In one subtly bravura sequence, Ryosuke (Haruhiko Katô), a young economics student, sees a ghost out of the corner in his eye in a library, and the camera darts around his attempts to chase it down, not exactly following him so much as moving in contrapuntal, erratic rhythms that escalate tension in lockstep with the character’s confusion.

The film’s sound design is equally crucial, with static hiss and electric thrum generating as much suspense as Takefumi Haketa’s dissonant score. But even when Pulse is at its most quiet, the thrum of machines can be heard on the soundtrack, reminding us of the pervasiveness of said machines.

Yet despite how unnerving Kurosawa’s aesthetic is, Pulse’s prevailing atmosphere is one of melancholy. When Ryosuke interacts with a ghost late in the film, the spirit tells him, “Death was eternal loneliness,” and the dead invading the world of the living marks their attempt at escaping that isolation. Of course, the world to which the spirits wish to return is also riddled with disconnect; even the relationship struck up between Ryosuke and Michi (Kumiko Asô) is dispassionate, less struck out of genuine affection than a desperate attempt by both of them to have someone with whom to weather the horror that grips their lives. But in a cruel irony, as ghosts invade the physical realm to escape their loneliness, the living begin to kill themselves, as much out of terror as an attempt to flee their own sense of isolation. This lends the film’s apocalyptic coda the terrifying semblance of a feedback loop of a futile transdimensional quest for a sense of belonging.

Pulse retains its essential muddy aesthetic texture on Arrow Video’s Blu-ray, with thick grain compounding the film’s almost impenetrable darkness. Colors nonetheless look far sharper than they do on older DVD releases of the film, bringing out the drab interiors of cluttered apartments and the occasional splash of shocking red. Black levels are inconsistent, but that’s in keeping with the original look of the film, which stresses ambiguous distinctions between light and shadow. The audio track well balances the film’s layered, constantly mutating sound design, weaving harsh ambient noise amid the glissandi-laden score. Dialogue is scant in the film but always clear, never swallowed by the copious other sound effects and music cues.

Two lengthy video interviews with Kiyoshi Kurosawa and cinematographer Jun’ichirô Hayashi, respectively, delve deep into both men’s careers and their intricate work on this film. Kurosawa offers a more holistic view of his progression into an internationally celebrated auteur and makes frequent commentary on his pet themes. Hayashi, meanwhile, amusingly details his life in a workman position, with numerous anecdotes of casual suffering under the demands of auteurs like Kiju Yoshida or Kurosawa himself. A making-of documentary aired in Japan around the time of Pulse’s original release goes into broader detail about the production and includes copious behind-the-scenes footage. Additionally, several brief featurettes cover how certain special effects were created, as well as footage from the film’s Tokyo and Cannes premieres. In a video interview, horror filmmakers Adam Wingard and Simon Barrett pay tribute to the film and the classic era of J-horror. The release also comes with an essay by Chuck Stephens that places Pulse in the context of Kurosawa’s career while also calling attention to the deftly disorienting camera placements and movements throughout the film.

Kiyoshi Kurosawa’s poignant, elegiac horror film remains one of the high-water marks of cinema’s forays into the sociological and emotional impact of the internet, and it looks as beautifully nebulous as ever on Arrow’s Blu-ray/DVD combo pack.

Blu-ray Review: Alfred Hitchcock’s The Lodger on the Criterion Collection