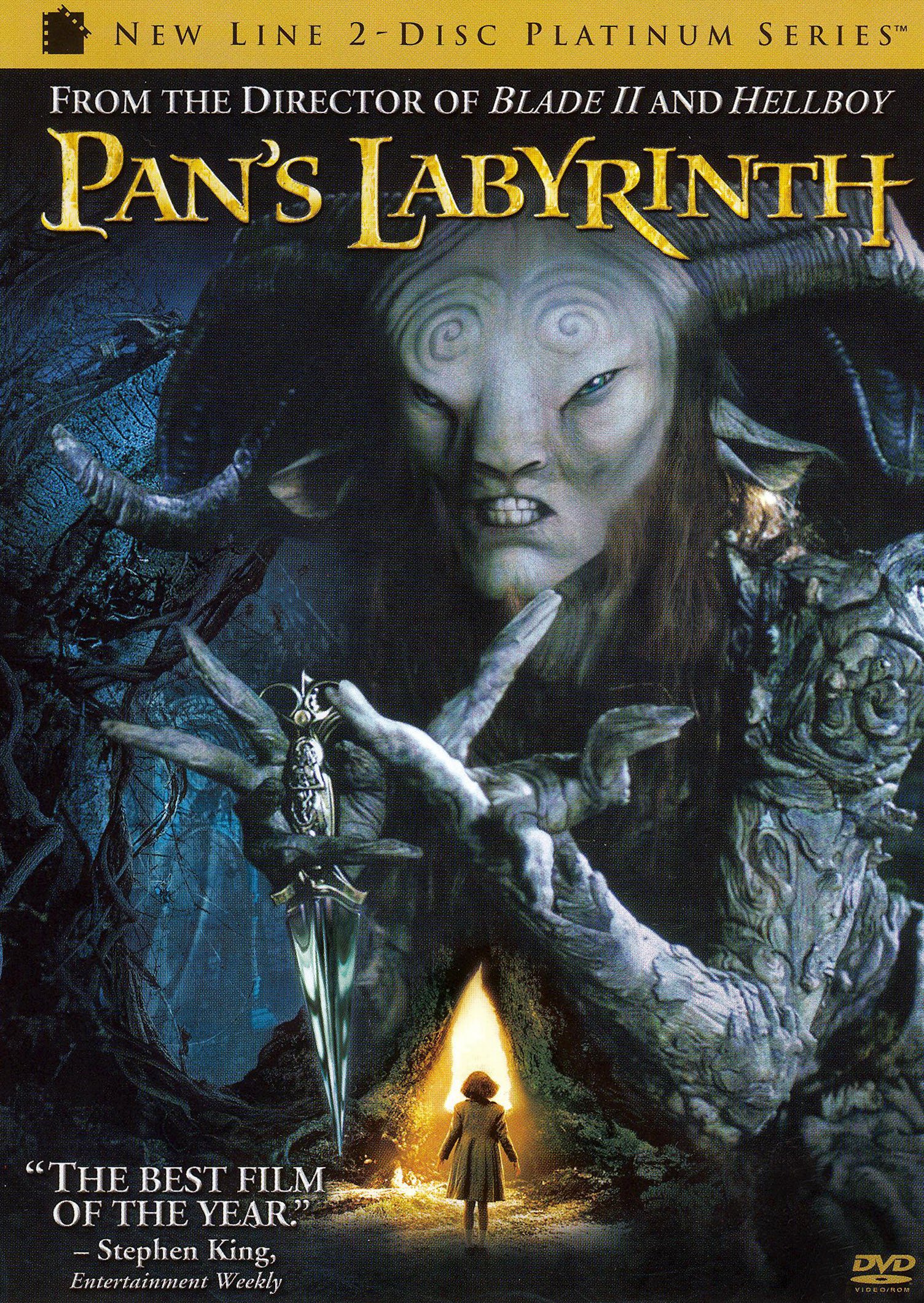 Guillermo del Toro’s films do not starve for creatures of baroque ingenuity, and Pan’s Labyrinth, the vividly aestheticized tale of a young girl’s journey through the gothic rabbit hole of her imagination, is cluttered with insects that morph into faeries, a faun who gatekeeps an unknown dimension, a large toad with a secret in its volatile tummy, and a merciless monster with eyes in the palms of its hands. Not knowing what to make of the film’s spectacular collision of glossy reality and gaudy fantasy, some critics have succumbed to ignorance—like Time’s Mary Corliss, who described the film as “Lewis Carroll meets Luis Buñuel,” as if del Toro shares anything in common with Buñuel besides a Spanish tongue. Del Toro is smart but he’s no theoretician, and though he takes aim at fascism, his vision is scarcely surreal; though prone to sensualist shocks, his comic-con aesthetic is so tidy and discreetly alluring Buñuel might have called it bourgeois.

Pan’s Labyrinth is a fancy retooling of The Devil’s Backbone: the political context is the same, except a girl replaces a boy, a forest subs for a vast desert plain, fantasy usurps horror, and escape is a more prominent obsession than revenge. A young girl, Ofelia (Ivana Baquero), arrives with her sick mother to meet her stepfather, Captain Vidal (Sergí Lopez)—a lackey, ostensibly, of the Franco regime—in a hideout secluded in the middle of a woodsy Spanish countryside where rebel soldiers lurk. When Ofelia offers Vidal the wrong hand in order to greet him, the ogre nearly crushes her arm with his grip. Del Toro insufficiently dramatizes the relationship between Ofelia and her pregnant mother and cruel stepfather, asking us to accept her bitter reality at face value, but his biggest mistake is using the film’s pretense to fairy tale as an excuse to slip cardboard portraitures past his audience.

When Ofelia walks into a rocky labyrinth near her stepfather’s manse for the first time, there is an immediate sense of the girl trying to reconcile her present by slipping into fantasy, yet the child’s disconnect from the goings-on around her is so strong the film feels oddly disjoined. Two worlds spar for dominance here (Vidal’s slick territory of cruel violence and the ornate cubbyholes of Ofelia’s mind), and though each one is meticulously imagined, del Toro doesn’t adequately assess the conflict between them. Like the cut Vidal incurs on his face in one scene, giving him a sinister Joker-like smile that he ghoulishly redresses, the split between the story’s disparate realms is so clean it’s almost pathological. How strange that for all the attention del Toro pays to conveying the callous violence of Vidal’s well-oiled political dominion and the gothic splendor of Ofelia’s imagination, he pays so little mind to the metaphysical pus that should leak from the fissure that separates them.

Unlike The Devil’s Backbone, Pan’s Labyrinth’s allegories are not so rich, and though sexism might explain why del Toro filters his young female character’s crisis through a fairy tale scrim, the film’s fantasy sequences remain seductive pageants of spiritual and cultural nuance. Though del Toro allows the war between Vidal and the rebels to transpire in cold, unimaginative autopilot, using moody Aura-like visual textures and transitional swipes resonant of George Lucas’s comic-book lexicon, Ofelia’s world remains a wondrous and unique place to visit. Proof of del Toro’s commitment to detail is how Pan (Doug Jones) relies heavily on the vosotros form when speaking. Such classic touches mean that Ofelia’s fantasies work to evoke a strong sense of longing for the past and faith in its bygone traditions. So, while the surface of del Toro’s film exudes a chilly, pretentious crispness, one must dig deeper to discover and bathe in the soundness of a warm spiritual center.

Fans of Guillermo del Toro know that DVD editions of the director’s work are almost beyond reproach. Until now. It’s understandable why Pan’s Labyrinth won the cinematography prize at the past Oscar ceremony, but the oppressive look of the film, while luxurious, doesn’t register as well as it could have on the small screen. Edge enhancement is evident in spots, as is combing, but it is the hyper-saturated, almost gooey consistency of the color palette that’s most troublesome. There’s no evidence of bleeding, but some of the images are so aggressively colored that it may as well be. The soundtrack is available in numerous formats, but you’ll want to opt for the fantastic 6.1 Discrete track if your system can handle it.

Guillermo del Toro is reliable for his intelligent commentary tracks, but he would appear to be close to madness. On disc one, which also features a prologue from the director and a marketing campaign section with a teaser and theatrical trailer, poster art, and TV spots, del Toro goes on about the fairy-tale references he distilled into the story, issues of brutality and innocence in our post-9/11 world, Borges, and the relationship between Pan’s Labyrinth and The Devil’s Backbone. Del Toro is better when he sticks to talking about story and less when he’s reachingly trumping his fascistic aesthetic: He describes how the room where Captain Vidal winds his watch was designed to evoke a clock itself (sorry, didn’t notice) and, later, goes on about the deliberate visual correlation between a chimney and some other object that has nothing important to do with the story. Hearing del Toro tell it, he gives his actors very little room for interpretation, so it’s understandable why someone like Sergí Lopez would be bothered by the director’s needlessly thought-out agenda to busy certain scenes with a series of vertical wipes. Disc two includes featurettes on the film’s fairy-tale mythology, a comprehensive look at the film’s prosthetics and color palette, multi-angle storyboard/thumbnail and VFX plate comparisons, and an interactive Director’s Notebook with interviews, glimpses at lost characters, galleries, and other goodies.

Something of a step down for Guillermo del Toro as a filmmaker and, lo and behold, he wins three Oscars.