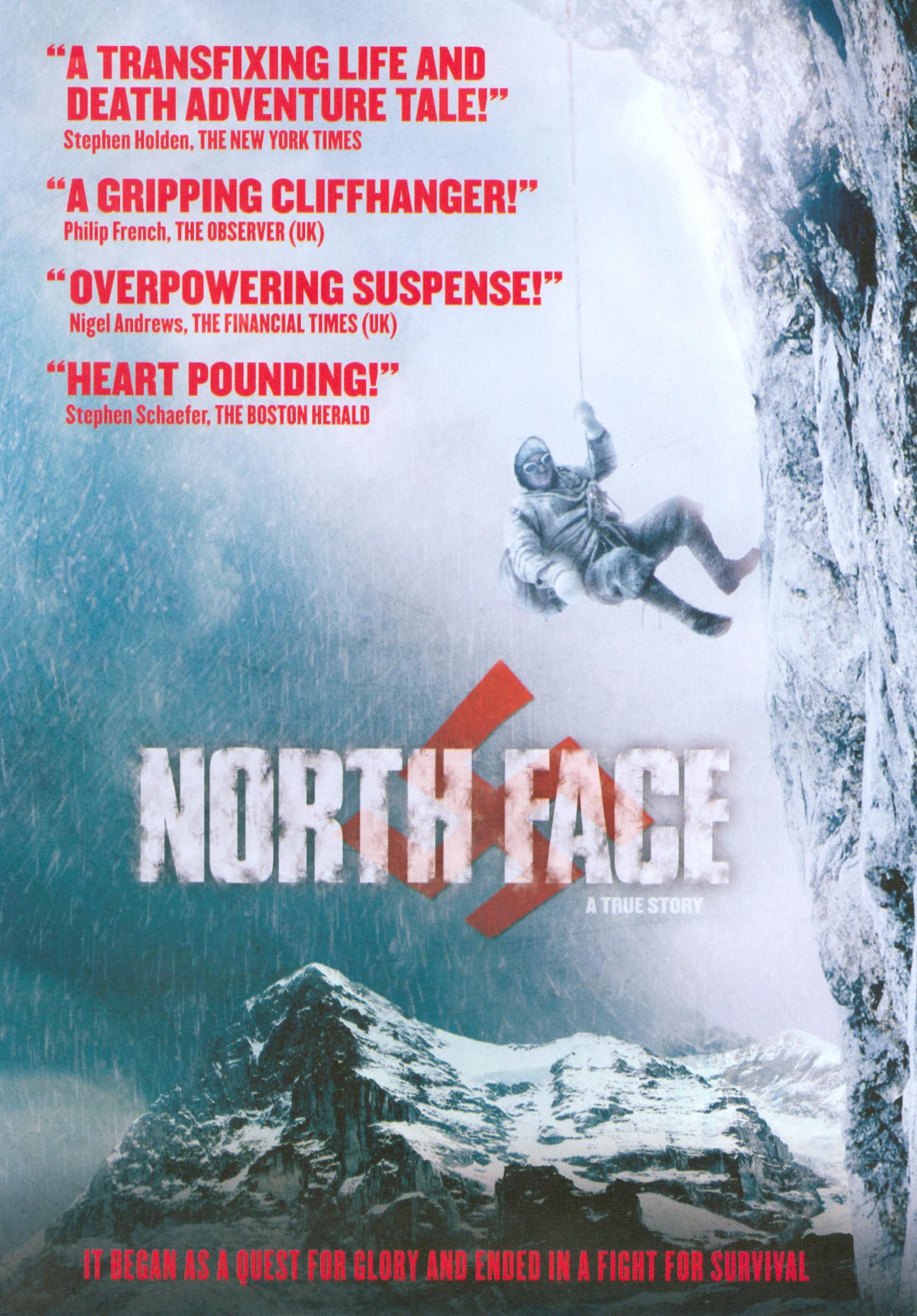 Is North Face half a great movie? In the tradition of many adventure thrillers, Philipp Stölzl’s mountain-climbing drama—based on a July 1936 attempt of two duos, one German and one Austrian, to be the first to scale the northern “death wall” of the Swiss Alpine peak the Eiger—slogs through an hour of frequently rote exposition until it hits its riveting groove when the rappelling and piton-hammering take over. So if avalanches large and small, cries of “We have to turn back!,” and movie-movie cliffhangers on a sheer face of rock jumpstart your sweat glands every time, you can soldier through the first half, with some relief that a mountaineering film set in the Nazi era isn’t either as awkward or portentous as it could’ve been, and marvel at the craft of the effects and location work that steep your senses in the snow, blood, and valor of the second act. Feel the frostbite.

The film introduces rural Teutonic pals Toni (Benno Fürmann), the charismatic seeker, and Andi (Florian Lucas), the faithful sidekick, scrubbing a latrine in the barracks of their “mountain brigade” outfit. Before the audience can get too queasy about identifying with young heroes in the uniform of the Third Reich, not only are they shrugging off their comrades’ “Heil Hitler” greetings, but quitting after an apoplectic officer refuses to grant them leave to scale the Eiger. Setting out from their native Berchtesgaden (mercifully, the Fuhrer’s villa is not even glimpsed), they pitch their tent at the base of their target and banter tensely with their rivals (Georg Friedrich and Simon Schwarz), members of an Austrian Nazi faction. A hotel beneath the mountain attracts a swarm of tourists and press eager to see if Aryans can conquer the massif, including Toni’s old flame Luise (Johanna Wokelek), working as a fledgling photojournalist and accompanied by her Reich-coddling editor (oily Ulrich Tukur). Once the country boys and their fascist competitors begin the ascent, it isn’t long before a falling-rock injury to one climber and bad weather jeopardize the survival of all.

While dramatizing how the Nazi regime and its nationalist cheerleaders exploited often-fatal climbs as a fitting proving ground for German manhood, North Face sometimes takes labored pains to set its protagonists apart. Not only does Toni invoke two mountain-enthusiast friends who died on the Eiger (“I don’t climb only for myself”), but he and Andi must discover their bodies en route. Stölzl mostly keeps the metaphors inherent in the scenario, such as the soon-to-follow sacrifice of German youth in a six-year conflagration, mostly as subtext; the spectacle of the media and aristocrats comfortably ensconced in the resort hotel, occasionally peering up at the life-and-death struggle above them, is sufficiently loaded with contempt. The doom and white-knuckle suspense—bodies toppling like fallen logs, rope fraying in close-up—are balanced with Kokelek’s increasingly affecting performance, her Luise a lovestruck advocate of humanism over tribal sacrifice. Expertly utilizing the production resources to engineer a grim but exciting tale, the filmmakers do best when the climbers’ fight for survival isn’t overwhelmed by the ominous time and place.

The film’s cinematography may be dubiously glossy, but this is a frequently stunning transfer. Black levels are sketchy, and the intentionally overexposed whites can be an eyesore, but contrast is deep throughout, with solid skin tones and no instances of artifacts. The audio is possibly superior. Dialogue is clear, and the score, though corny and intrusive in spots, never feels as if it’s competing with the alternately delicate and monstrous surround work for our attention. It’s been a while since I didn’t have to fidget with the volume controls on my system to get the full effect of a film’s audio design.

A making-of featurette, running just over 17 minutes, consists of interviews with the film’s major cast and crew, who speak at length about the history they dramatized, the clichés they hoped to avoid, the technical virtuosity of the filmmaking, and the mountain-climbing movie as a genre. That’s followed by a miniscule but revealing featurette about the plethora of green screen that went into making the film’s impressive visual effects. Rounding things out: a theatrical trailer, deleted scenes running a total of six minutes, and previews of other titles by Music Box Films.

Yes, North Face is half a great movie. The mountain steals the show.

Rimini Review: Ulrich Seidl’s Tragicomic Braiding of the Soul of a Man and Nation

Review: Intrigo: Death of an Author Is Damned by Its Lack of Self-Awareness