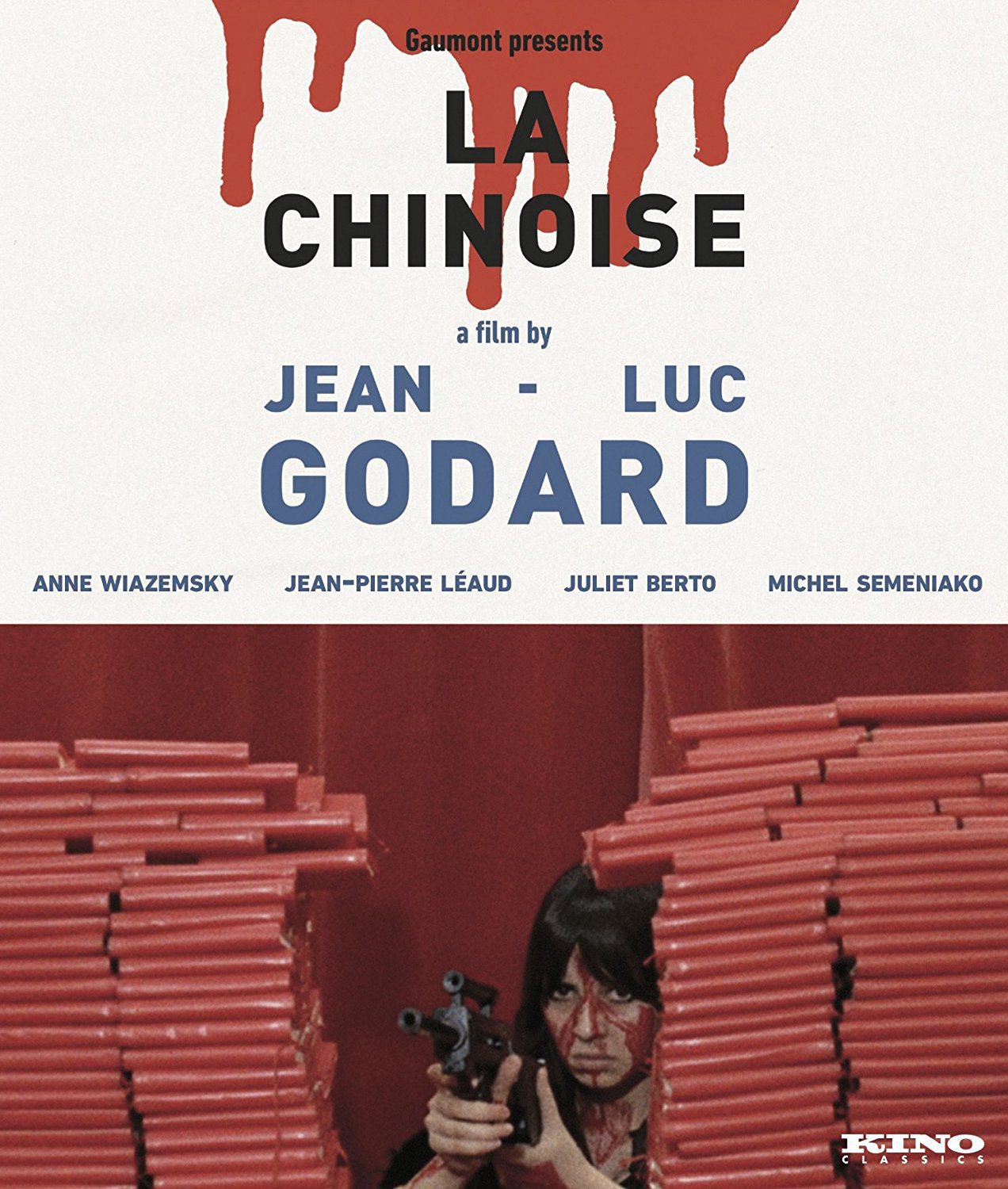 As much a parody of youthful radicalism as it is an embrace of it, La Chinoise is Jean-Luc Godard’s study of a mounting political crisis in France, seen through the eyes of a group of young Maoists preparing for revolution. Or, at least they speak of preparing for revolution, less concerned with the actual acts of violence necessary to overthrow the prevailing capitalist system than of the philosophical debate to form the ideas that will undergird the new status quo. The characters’ endless dialogue renders the gang’s commitment to violent insurrection as a quaint, hypothetical possibility, a game that allows the young adults to dress up and play with toy guns.

Throughout the 1968 film, Godard routinely circles back to the sheltered inanity of his student characters. The filmmaker takes care to explore the looming size of the multi-room flat where the group lives. Decorated with red shutters and furniture and filled with hundreds of copies of Mao’s Little Red Book, the apartment nonetheless reeks of casual, petit-bourgeois luxury. Scenes of the group’s planning are filmed via shots that track back and forth outside the windows of a large meeting room; the building’s exterior is used to block off a designated speaker from those listening, emphasizing the necessity of ceding collective control to the organizational ease of individual deference, which thus undermines the group’s utopian fantasy.

Godard also calls explicit attention to the students’ hyper-literate, academic backgrounds, thus implicating himself in his own frequent allusions to literature, from the overall narrative that’s cribbed from Fyodor Dostoevsky’s The Possessed to character and organization names that subtly reference books like Goethe’s Wilhelm Meister’s Apprenticeship. The characters’ (and the director’s) intellectual trappings clash considerably with their Maoist aspirations, and the film thinly veils the understanding that a true Maoist uprising would put them in front of a firing squad as readily as the Gaullists.

Yet the more La Chinoise spirals into a farce of sheltered, bourgeois extremism, the more sympathy it evinces for its committed characters. Some second guess themselves, others outright denounce their comrades’ violent ideology and face expulsion for their reformist views. But even those who remain steadfast in their pursuit of revolution find small comfort in the rigidity of their beliefs. Writing on one of the walls in the apartment reads “Il faut confronter les idées vagues avec des images claires” (“We must replace vague ideas with clear images”), yet despite the sharp clarity in Raoul Coutard’s cinematography, the film never maps out a clear ideological agenda, finding as many contradictions and dead ends through aesthetics as it does polemics. For all of its satirical humor, the film marks one of Godard’s earliest and most earnest demonstrations of the infuriating, despairing irreconcilability of radical theory with actionable practice.

La Chinoise’s copious use of red looks dazzling on Kino Lorber’s Blu-ray, as does the film’s naturalistic lighting and muted use of color around the splashes of red. The grain level is consistently maintained throughout. The mono audio track is robust, balancing dialogue with intrusions of noise from gunfire and other boisterous sound effects without noticeable artifacts.

Programmer and critic James Quandt dives deep into the film on this audio commentary, pointing out the film’s many, many allusions as well as recurring images and their importance in illustrating narrative and character change. The disc also comes with several interviews with crew members, including the first and second assistant director. These interviews are fascinating, particularly the one with second assistant director Jean-Claude Sussfeld, who not only explains how Godard achieved the innovative lighting texture for the film, but offers personal anecdotes including a charming story about Godard forgiving the then-19-year-old Sussfeld for crashing the director’s car. The disc also comes with a booklet with essays by musician and writer Richard Hell and critic Amy Taubin, both of which give broad overviews of the film and spotlight the elements that prevent this of-its-time production from dating.

Kino Lorber’s Blu-ray beautifully illustrates the beguiling contradictions of the funniest and most polemical film of Jean-Luc Godard’s career.