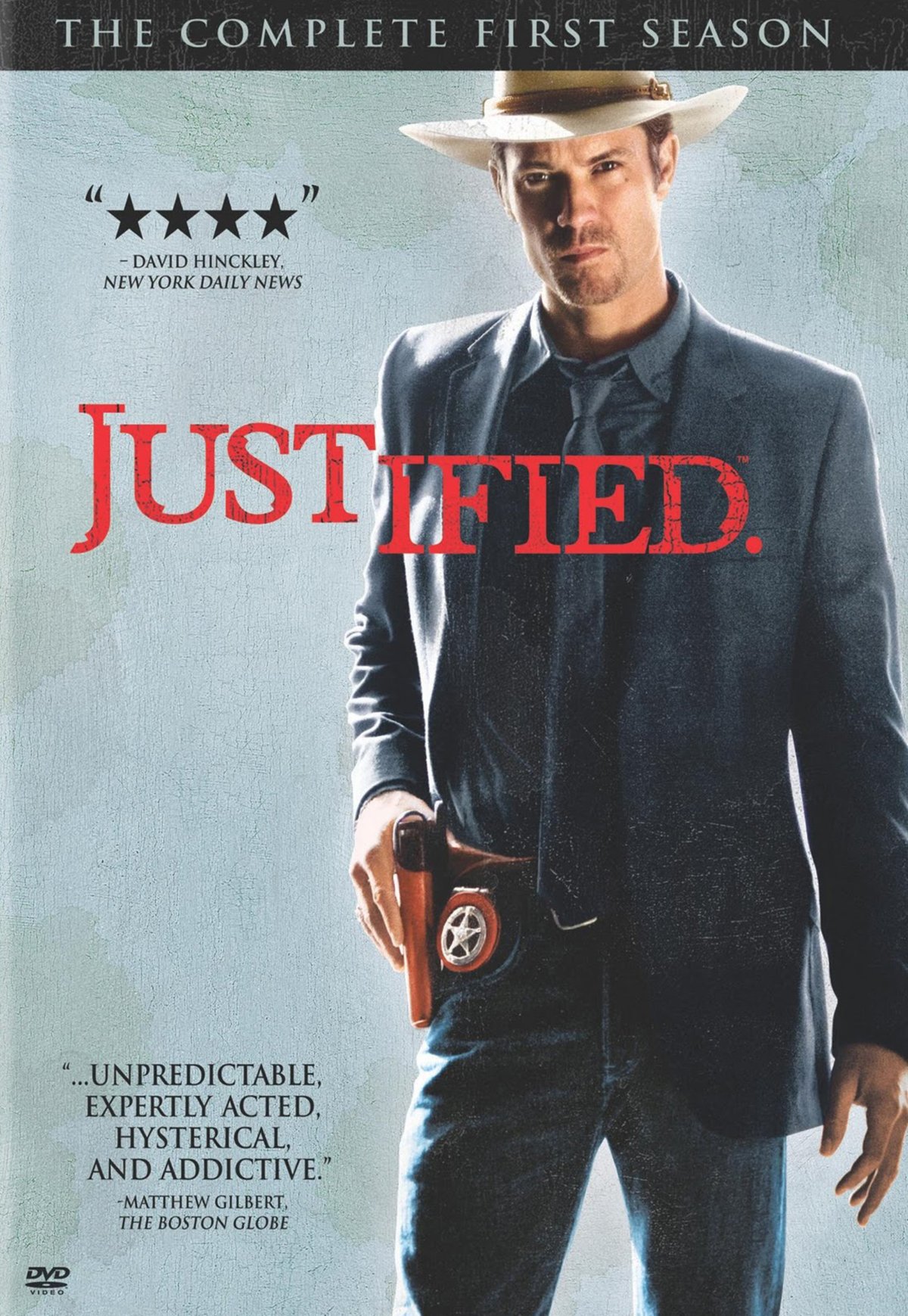 With Justified, executive producer/writer Graham Yost has assembled an exceptional Elmore Leonard adaptation. Leonard’s neo-noir narratives typically conform to the single-minded logic of their characters. Protagonists and antagonists alike scheme in adjacent but mostly compartmentalized plots; their plans are almost always at cross-purposes, and if they do ever coincide with each other, it’s usually for a momentously bloody occasion. Yost’s show, whose first season is based on Leonard’s short story “Fire in the Hole,” pivots around that central logic, which is something of a mixed blessing for a serial narrative.

Up until now, Justified has been limited by its creators’ abilities to sculpt its individual characters’ plans into several little parts that together form a greater whole. In that sense, while the season finale leaves several plot threads dangling, the fact that the immediate, presiding narrative of that season is resolved makes it feel like the series’s main narrative has been wrapped up too. Every smaller story in Justified wraps up to make room for the next narrative, then the next, then the next. It’s a never-slackening chain of events, one that only slows down periodically but never stalls.

Still, because actions have consequences, the impact of any given subplot in Justified spurs on most of the other ones. “Fire in the Hole,” Justified’s series premiere, begins by introducing us to U.S. Marshal Raylan Givens (Timothy Olyphant), a self-proclaimed straight shooter and man of action. Raylan kills Tommy Bucks, a badman by any other name, in Miami within the first few moments of “Fire in the Hole,” and is reminded of that fact for the rest of the first season in some way or another. The most immediate effect of that death is the way that Raylan is relocated to his hometown of Harlan, Kentucky and set to work on busting up a group of thugs led by local psychopath and former colleague Boyd Crowder (Walton Goggins) and his father Bo (M.C. Gainey).

Another effect of Raylan shooting Bucks only happens about midway through the first season though: David Vasquez (Rick Gomez), an Assistant U.S. Attorney, abruptly shows up at Raylans’s office, smiling and unsuccessfully trying to reassure everybody that while he has been assigned to investigate Raylan’s activities, he has the best of intentions. His narrative doesn’t seem to have any consequences beyond two or three episodes and then he’s gone. And yet, for those two or three episodes, it’s unclear where Vasquez came from or what he really wants from Raylan and his colleagues. Then he’s gone and his storyline is finished. Within the context of Justified, that kind of abrupt appearance, sudden panic and then equally swift disappearing act is normal.

In the time that he is on the show, Vasquez’s good intentions don’t matter much because in Justified, only the good guys have clearly discernible motives and there are very few of those on the show. Only a handful of characters wear their white hats as prominently as Raylan and his fellow Marshals do. Identifying with characters’ motivations is usually tricky at best especially since its actively suggested throughout the first season that Raylan’s white knight act is his way of sublimating his hatred for everyone he cares about (“You are the angriest man I know,” Raylan is told at the end of “Fire in the Hole”). As such, characters’ problems are more often than not simply reflected and not resolved simply by being associated with semi-similar dilemmas.

What’s even more intriguing is that characters problems are often not resolved, but rather, just reflected by other characters. Through a handful of mostly terrific, tense mystery plots laced with barbed black humor, the first few episode of Justified only indirectly address the central love interest between Raylan, Ava (Joelle Carter), Raylan’s high school sweetheart turned murderer, and Winona (Natalie Zea), Raylan’s ex-wife. Episodes one to five of season one all deal with other couples’ doomed romances as a way of anticipating the sparks that only sort of fly by the end of season one. Then again, within those first few episodes, Winona and Raylan and Ava aren’t a ménage a trois yet. So when events do finally start moving for Raylan and his love interests, those prior relationships are only distantly in the back of the viewers’ minds.

Similarly, symmetry plays a big role in the way episodes six to ten pave the way for Boyd and Raylan’s daddy issues. Boyd, on the one hand, makes an incredible conversion to Christianity and thereafter starts actively stepping on his father’s toes, and Raylan. Raylan has to deal with his father Arlo (Raymond J. Barry), a has-been grifter that boasts about not having ever shot a man in his life, but doesn’t hesitate before using a Louisville Slugger to beat up a heavy in public either. Neither man’s relationship with their father is resolved neatly or directly by the season finale and there’s no indicator that impending developments will dramatically escalate them either.

Yost and his writers should be very proud that they’ve gotten away with not having to make the show’s melodrama louder, faster, or more directly connected, as that’s no mean feat in any serial drama. True, episodes 11 to 13 of Justified are as consistently terrific as they are because by that point the show is no longer teasing out little bits of meaning from proxy relationships with ancillary characters. These episodes directly address the show’s main questions of fidelity and power struggles and they do it in a lean and direct way. But they’re just as good as standalone episodes like “Riverbrook,” the show’s second episode and a standalone narrative about an escaped convict (an excellent comedic performance by Chris Ellis) that inadvertently reunites with his ex in a frantic search for buried money. Don’t call Justified a stretched-out narrative that only arrives at greatness after a lot of waiting: The waiting is what makes Yost’s adaptation so satisfying.

The folks at Sony Pictures Home Entertainment have released high-quality video transfers from this recently aired TV show. There’s no noticeable visual wear inherited from the masters they used, which is a major relief as the show prides itself on its clean visuals. The audio soundtrack also has a very nice sense of balance to it, as the sound effects, music, and ancillary background noises are mixed in nicely with the rest of the characters’ dialogue.

The DVD set doesn’t really have much in the way of essential special features save for four surprisingly well-assembled audio commentary tracks. These commentary tracks are full of fascinating anecdotes about shooting individual scenes in the show and differences between the show and Leonard’s original characters. The commentary on “Fire in the Hole” is especially good, full of energy from show developer/writer Graham Yost, actor Nick Searcy, and director Michael Dinner; all three men bring some insights to the table on the commentary track. The rest of the features on the DVD set are mostly tedious behind-the-scenes-type featurettes, like a skimpy one about shooting in Kentucky and another especially dry one with a real-life U.S. Marshal about what it’s really like to be a Marshal. None of these featurettes is that interesting, save perhaps for the short tease about what to expect in season two.

Justified’s first season is further proof that FX is now a major contender for provider of quality dramas and is not to be missed.