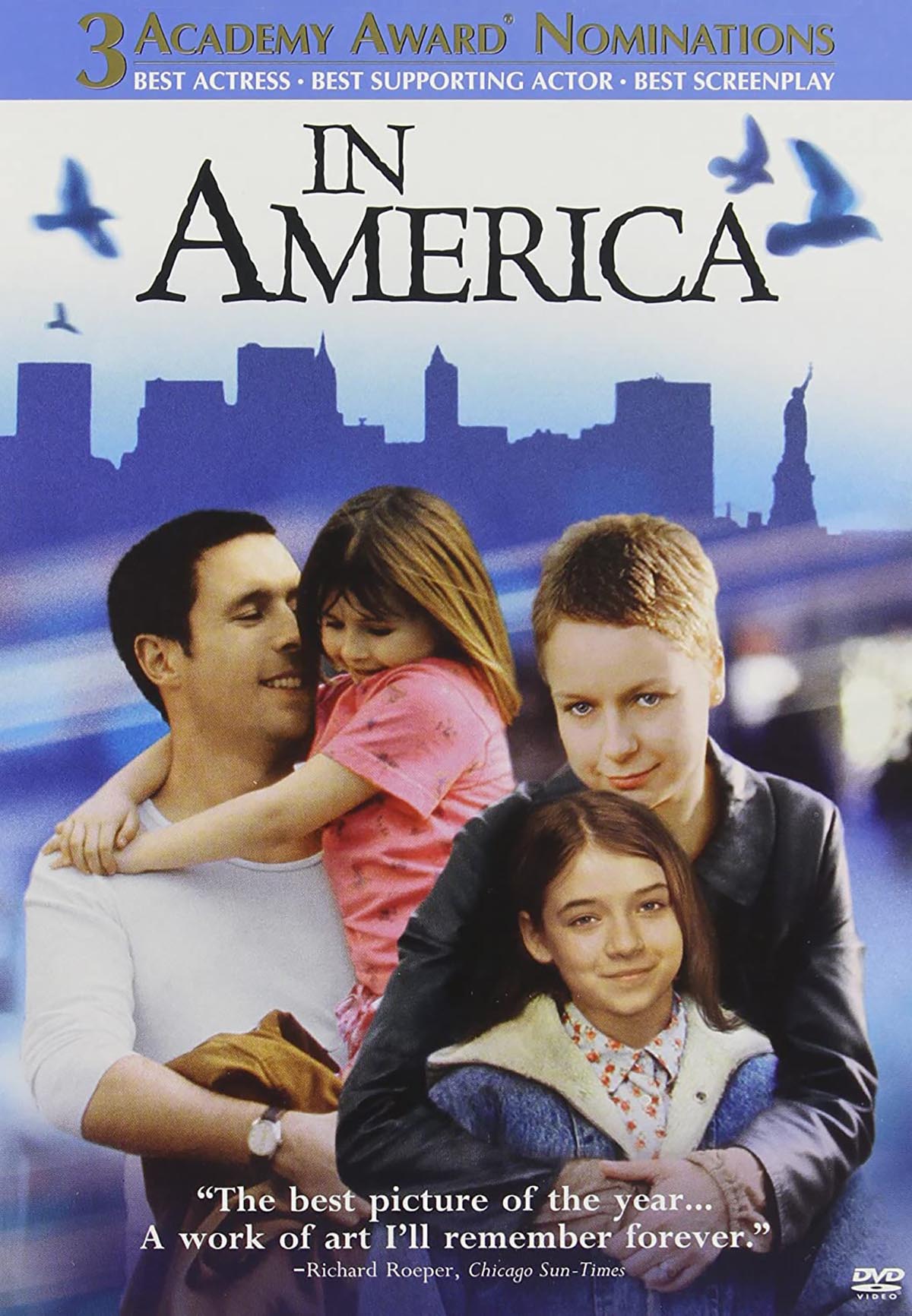 Jim Sheridan’s latest, In America, begins with a tense border cross and a spacey ride through the Holland Tunnel that quickly sets up the cosmic struggle Irish émigrés Johnny and Sarah (Paddy Considine and Samantha Morton) and their two young daughters must embark upon once they arrive in New York. It’s there that they move into a dilapidated apartment complex occupied by immigrants, junkies, and dying artists. Set in the early 1980s, when Steven Spielberg’s simple tale of a boy and his unconditional love for an alien was wrenching hearts across the land, In America is not the tale of Irish perseverance-over-racism you might expect. Sheridan, who dedicates the film to his deceased brother Frankie, evokes a collective New York City suffering from a spiritual crisis. No mention is ever made of the AIDS virus directly because there’s still no name for this mystery disease claiming the lives of the city’s outsiders (or aliens, as Sheridan would lovingly like us to believe). Mateo (Djimon Hounsou), the artist who lives downstairs from Johnny and Sarah, appears to be dying from the disease and befriends their daughters (sisters Sarah and Emma Bolger, both remarkable) on Halloween, and resurrects the memory of the family’s dead son in an unexpected pregnancy. Sheridan stages the first of two crucial spiritual transferences (Johnny and Sarah fuck like bunnies in one apartment, Mateo suffers from the night sweats in another) as a feverish African ritual. Sheridan’s cosmic contexualizations can get wearisome (the Ice Cream shop Sarah works at is called Heaven and Mateo’s apartment, what with all its dangerous-looking tribal masks and paintings, is not unlike a mini-Hell), but every image in the film is so full of love that he earns the right to lay on the fairy-tale gravitas thick. If Hounsou’s character initially makes for a troublesome stereotype, a curious bit about the Irish word for “black man” beautifully explains the man’s angry jungle art. If Mateo is the fairy tale’s ogre, then Johnny and Sarah’s daughter (the incredible Bolger sisters) are the damsels that slay his mean streak and bring him back to joy. In America is simple and unpretentious but its humanity and message of inclusiveness is evoked with heart-warming profundity. (It helps that Morton and Considine are so good at what they do that they can summon a legacy of hurt with as little as a broken smile.) In one scene, the older Christy humorously makes a reference to America’s aggression of foreign countries, followed in the end by a neighbor chanting “Cuando Sali De Cuba” at a party. Sheridan once again impacts the notion that we must all stand hand-in-hand in times of crisis.

Lately, Fox Home Entertainmenthas been releasing one great-looking DVD after another, and this In America disc is no exception. This spotless transfer features colors so vibrant and blacks so deep that you won’t care that some edge enhancement is noticeable throughout. There’s nothing wrong with the Dolby Digital 5.1 surround track except that it probably shows the film’s original low budget. Surrounds aren’t really enveloping (ditto the film’s score), but dialogue is crystal-clear, and for some that may be all that matters.

Fox Home Video has made the curious decision to release In America on a double-sided disc, with a full screen version available on Side A and a widescreen version on Side B. (Shouldn’t the widescreen version always be the default choice?) Now that you’ve wasted your time loading the disc on Side A, quickly turn it over and listen to Jim Sheridan’s lovely commentary track while watching his tender widescreen images. Because of the autobiographical nature of the film, you won’t want to miss his honest commentary, which allows the director to talk about his own trip to New York with his wife and young daughters and the death of his brother. (Don’t miss his startling deconstruction of the film’s tribal sex scene and his opinion of humanity and disease.) Rounding out the disc are 10 deleted scenes with optional director’s commentary and a lousy making-of featurette that at least benefits from the presence of the Bolger sisters.