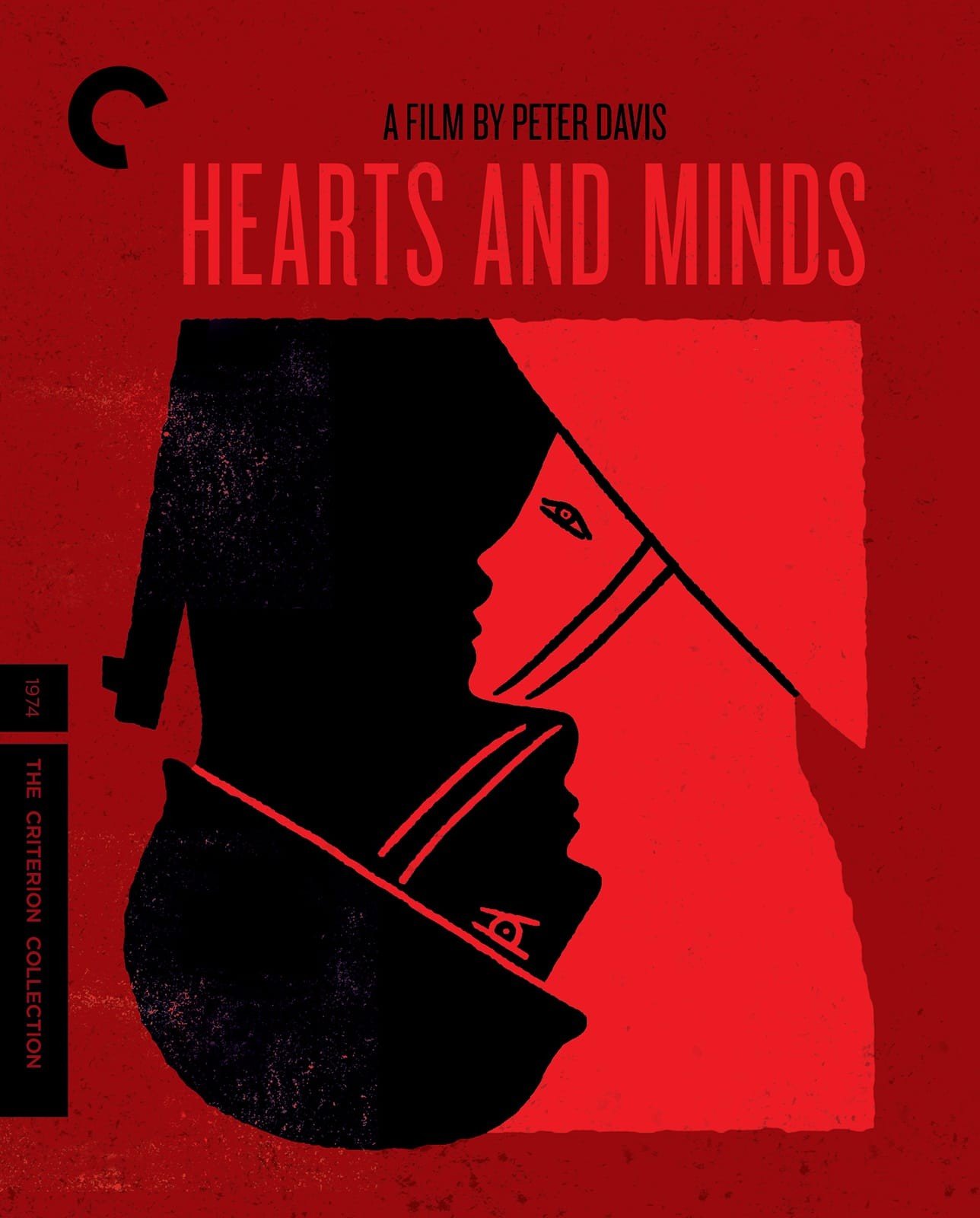 In Peter Davis’s landmark Hearts and Minds, the Vietnam War is characterized as a nation’s napalm-fueled identity crisis, a massive jolt to America’s sense of exceptionalism. Among the film’s still-striking assemblage of clips from Red Scare-themed B movies, lengthy interviews with key supporters of the war and soldiers, newsreels, propaganda flicks, and original footage, Davis sees the weak yet immovable concept of communism as the villain apparent to America’s war-tested hero as a key cause of the public’s acceptance of the war, which ultimately saw the U.S., a nation of rebels, take up the cause of France’s colonialist itch. Even amid a plethora of imitators, Hearts and Minds remains so striking and singularly wrenching precisely because the filmmakers question war as a two-sided narrative and, by extension, point to the fallibility and offense of this violent campaign being depicted in simplistic terms.

Those terms are spelled out early on as Davis offers a handful of anti-communist shorts, depicting the political and social philosophy as the roots of a massive, subversive spy network working to undermine the U.S. Meanwhile, the use of aerial assaults, from bombs to canon fire, in the war is seen as implicit in distancing not only the public from the atrocities on the ground, but the very serviceman who drop the weapons of death from the sky. One former pilot, Randy Floyd, describes the dropping of these weapons in purely technical terms, stressing the training and how the aircraft essentially does all the work. It’s not difficult to see the pilot’s explanation as a similar encapsulation of Davis’s thoughts on the American public’s relation to the war, with the government substituting for the roaring fighter plane.

Indeed, the politics of Hearts and Minds are familiarly left of center, and many of the clips Davis put together feature images that have since become synonymous with the war’s innumerable atrocities. Time, however, hasn’t dulled their immediacy. There’s simply no shaking the infamous clip of South Vietnam’s chief of police Nguyễn Ngọc Loan putting a bullet into Nguyễn Văn Lém’s head in the middle of a sunlit street, blood flowing from the young Vietnamese man’s head as if from a water fountain, or the young girl, scarred and naked, running away from a torrent of napalm. And there may be no greater example of the confused American protagonist than General William Westmoreland, whom Davis interviews, at one point juxtaposing his assertion that the “Oriental” doesn’t put a high price on life with footage of a young Vietnamese boy wailing in agony as his father is buried.

The film offers next to zero compelling evidence for the legitimacy of the war and comes off as more than a little biased in this regard, which isn’t to say that Davis disregards the fallibility of the image. The use of film clips, including more than a few from Hollywood productions, implicates filmmaking as perhaps the most powerful and successful tool of placation that the U.S. depended on to keep the public’s distance from the war’s dubiously moral origins. With the arguable exception of a scene from Leo McCarey’s raucous Red Scare melodrama My Son John, the clips Davis has chosen shows and not-so-mildly subverts a line of racist notions and rightist post-war pandering meant to broadly stereotype Asians and communists as invariably duplicitous, savage, and evil. Here, the director essentially not only homes in on Hollywood’s long-running insistence on the uncomplicated other, but alludes to how this practice helps develop an ignorant national mindset of us vs. them.

One need only watch Jon Stewart compare a televised lie to the cold hard facts to see the influence of Davis’s film, but it’s also not hard to see why Davis’s most flagrantly condescending subject, former national security advisor Walt Rostow, had a restraining order placed against the film. Rostow’s defensive reaction to a fair questioning of how he’s seen by others, as compared to how he sees himself, is indicative of the film’s lasting power and innervation in terms of identity. Of course, the soldiers (Floyd, Bobby Muller, and William Marshall, among others) speak far more openly and directly about how the war effected and informed them, especially in Floyd’s devastating concluding interview. And yet, Davis gives more time to a true believer: George Coker, a prisoner of war who, upon his release, toured around to talk about his experiences and support the war effort. The decorated soldier toes the party line, but there’s something defeated and anxious about him, an unmistakable sense of being hardened and hulled out by his imprisonment. It’s to Davis and his crew’s credit that Coker comes off as an entirely empathetic figure, as well as a moving symbol of an America unable to resolve its heroic past with its new reputation as the defiantly proud nation trying desperately to wash the blood off its hands.

Upgrades in depth and clarity are the most noticeable improvements made in Criterion’s transitioning of Hearts and Minds from DVD to Blu-ray. A healthy level of grain remains on a great deal of the film’s footage, and the thoughtfulness of the shooting and framing stands out, from the modest bacchanal of George Coker’s homecoming parade to the tailored Americana vista where General William Westmoreland is interviewed against. The print used is largely very clean, with few noticeable issues of debris, scratches, or other blemishes. Black levels are very strong and inky, and there’s little evidence of digital tweaking. The audio is mono, but the dialogue remains clear, and the sounds of gunfire and bombings still land forcefully in the mix.

Director Peter Davis’s commentary from Criterion’s original DVD release of the film remains a highly engaging and informative listen, as he goes about discussing his subjects and thoroughly combing what his intent was in making the film. Most intriguing is his anecdote about Westmoreland grilling him about the politics of his previous documentary work, which Davis relates to his own thoughts on how to survive and communicate correctly in the military. This release adds on some two hours of extended interviews, cut footage, and a few interviews that didn’t even show up in clipped form in the movie, including some fascinating remarks about the war’s origins from French historian Philippe de Villiers. A booklet, featuring essays by Davis, Judith Crist, and Ngo Vinh Long, among others, is also included.