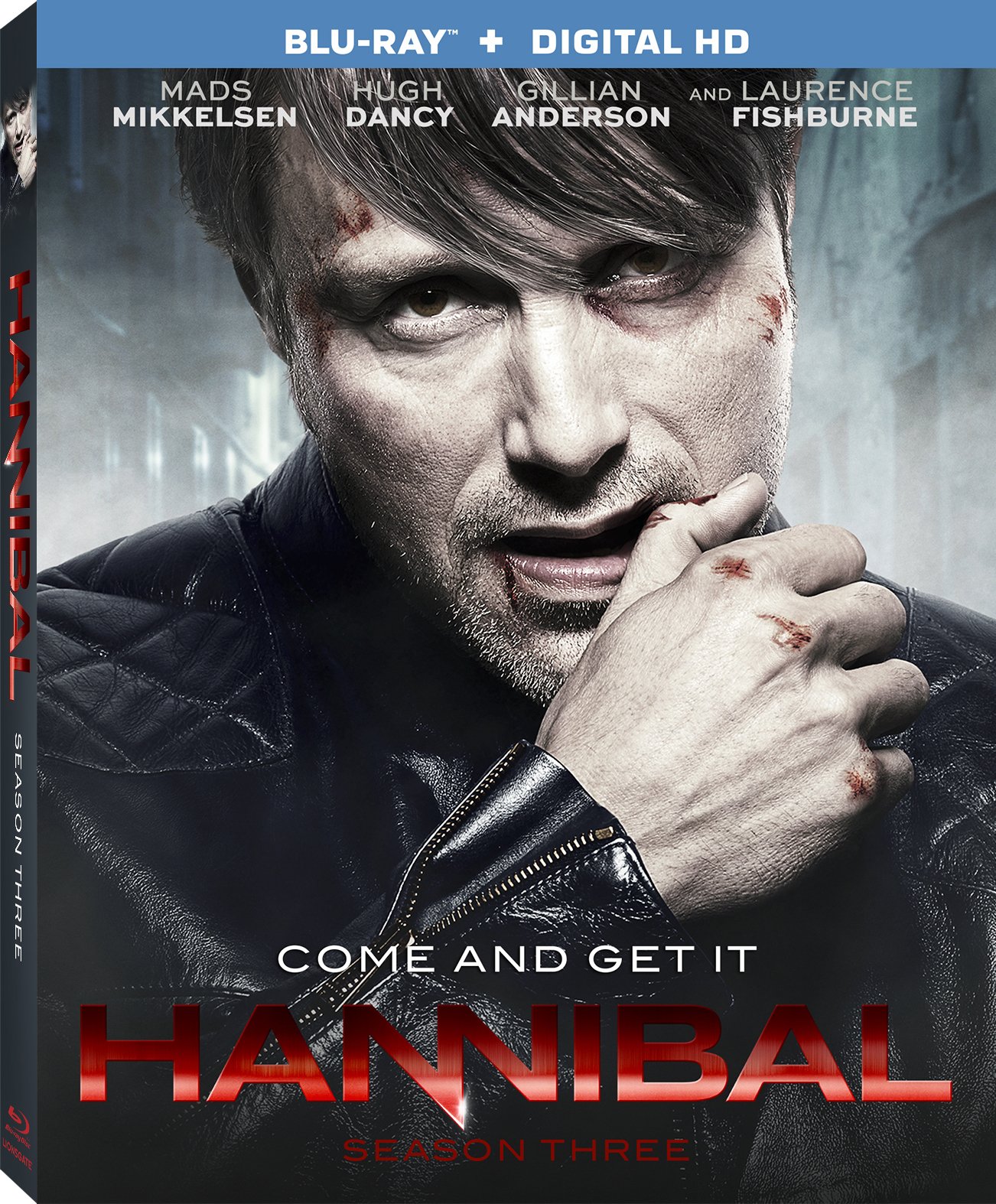 Even at its most episodic, Hannibal was never procedural. Faced with the inherent dramatic contradiction of Will Graham’s (Hugh Darcy) ability to instantly leap into the mind of killers while remaining clueless about the true nature of Hannibal Lecter (Mads Mikkelsen), the series pivoted focus onto its underlying emotional arc, of two distant men destined to oppose each other developing a close kinship. Thus the third (and likely final) season, which picks up after Will deduced Hannibal’s crimes and was promptly stabbed by his friend, opens more like the third act of a bleak romantic comedy than a crime or horror show. Recut the season’s early scenes of each licking his psychological wounds to a morose acoustic song and you’d have a passable iteration of generic montages of lovers driven apart by misunderstanding and miscommunication.

The thinly veiled erotic subtext of the entire series nearly becomes outright text in these final 13 episodes. Even secondary characters start to change and queer around the leads, like Alana Bloom (Caroline Dhavernas), who moves laterally out of the thankless role of the heteronormative triangulation point for Will and Hannibal by shacking up with Margot Verger (Katharine Isabelle), sister of maimed billionaire Mason (Joe Anderson, replacing Michael Pitt). Filling Alana’s old role is Bedelia Du Maurier, whom Gillian Anderson imbues with even more ice-queen chilliness than she displayed up to this point. Where Alana got pulled around and manipulated in Hannibal’s alternately courting and cutting treatment of Will, Bedelia knows exactly what her role is, and Anderson plays the part of scarcely committed beard with such caustic, deliberate wit that each line feels like a dry ice burn.

Narrative never occupied a prominent role in the series, and the first half of the third season, which ties up the Mason Verger storyline, may be the series at its most indifferent. The A-story gets constantly background in favor of cutaways to Hannibal’s time in Italy, or Will’s longing rage, and Mason only becomes a meaningful presence when Hannibal is briefly captured, albeit only to bring the arc to a quick end. Yet the second half of the season, which at last covers the text of Red Dragon, suddenly prioritizes plot, as well as showing how well the series might have prioritized and played with long-form storytelling had it made narrative its overriding objective.

Relatively faithful to Thomas Harris’s novel, the Red Dragon arc stands apart from both its cinematic adaptations with its own aesthetic, its extreme patience of character development, and the human portrayal of Francis Dolarhyde by Richard Armitage, who apes neither Ralph Fiennes’s exaggerated performance nor Tom Noonan’s detached psychopath. His is the first truly pitiable Red Dragon, a man constantly fighting back his madness, and losing nearly every time. Francis’s relationship with the blind Reba (Rutina Wesley) no longer feels like a blatant signifier for his struggle, but a real connection with consequences for both people when his illness gets the better of him.

Francis and Reba also provide a contrast for Will and Hannibal themselves, and the conclusion of the season cribs more from the novel of Hannibal than Red Dragon. That book ended with Clarice Starling falling prey to either genuine bloodlust or Stockholm syndrome and becoming Hannibal’s partner, a bizarre choice for that tough, analytical character and one that enraged people so much that Jodie Foster herself refused to let herself take Clarice down that road in film. By subtly giving that role to the more empathetic Will, the series manages to turn the worst element of Harris’s novels into its most poetic scene. Psychological crime dramas have long traded on the notion that a thin line separates cop from criminal. Hannibal found its most logical manifestation in the best will-they-won’t-they romance of our time.

Hannibal’s icy cinematography always set it apart from other shows on network TV (and even cable), and Lionsgate’s disc flawlessly retains the third season’s emphasis on hazy lighting and green-blue color timing. The excessive black levels never suffer from crushing despite the show’s natural murkiness, and detail is exceptionally sharp, even when the image is foggy and washed out. The 5.1 DTS Master Audio track equally showcases the extensive care that went into the show’s aural aesthetic, with the spacious, experimental compositions of Brian Reitzell benefitting most of all in the separation of each element of arrhythmically clacking percussion and bleat of white noise occupy its own channel.

Of the season’s 13 episodes, 10 get audio commentaries by Bryan Fuller and a rotating list of cast and crew. The commentaries are all relatively breezy affairs, filled with information on the making of each episode, but propelled mostly by the chummy relationships of the crew and how frequently they all burst out laughing at the show’s most grotesque moments. There are also various small featurettes that cover the new direction of the third season, plot developments, even a tribute to fans. Actor Scott Thompson’s “Post Mortem” webisodes are included, as are a gag reel and deleted scenes. But by far the best extra is a two-hour documentary on the season entitled “Getting the Old Scent Again.” The documentary covers every conceivable aspect of the production, so thorough that even the tattoo artist consulted for Francis’s William Blake-inspired tattoo gets ample screen time to explain his process. It’s a testament to the shows outsized fandom relative to its actual ratings that anyone would bother to make such an in-depth feature, and it makes the season’s bold vision even easier to appreciate.

Hannibal was the best series on television while it aired, and its wildly variant, ambitious, possibly final season is sent off in style with a surprisingly thorough home-video package.