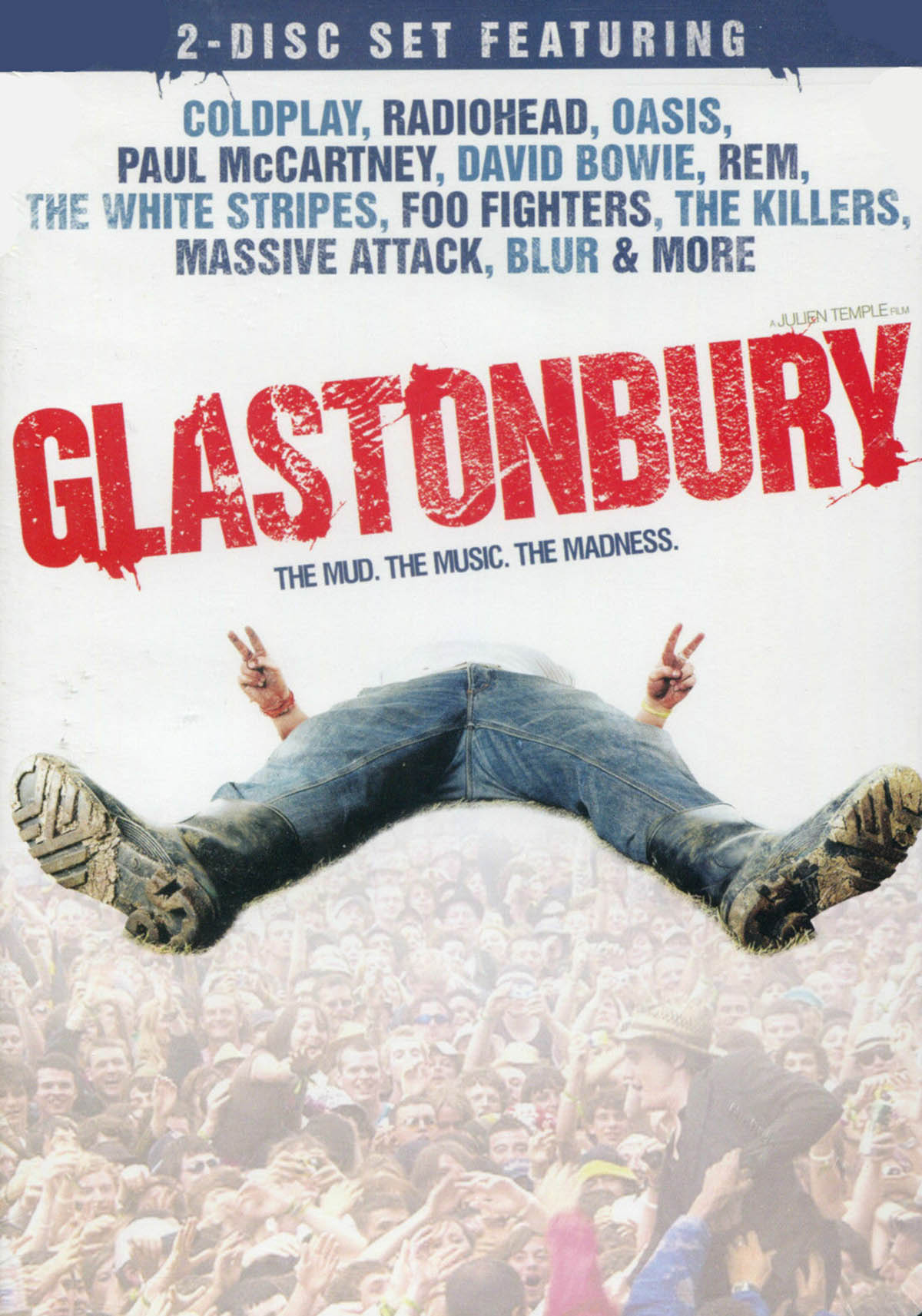 For about 40 years now, Britain’s Glastonbury festival and concert has celebrated the freedom to love and exist, to believe or evolve into whatever mystical form of humanity you like, to be of the Earth (a little closer than you’d like at times once the festival’s toilets runneth over), and to participate in the great performances of the great artists of the last several years. Julien Temple’s documentary film Glastonbury itemizes these drives, presenting the fair’s long and controversial history—along with plenty of the highlights from its concert acts, old and new—in a two-hour-plus ode to the most frequent human combustion of sex, drugs, rock, flamboyance, and creativity in modern times. A Woodstock forever, in the place where Jesus himself is said to have walked.

The film nicely captures the wide variety of the festival. Musical acts like Björk, David Bowie, Nick Cave and the Bad Seeds, Dr. John, the EMO Orchestra, and Coldplay, among many others. The ingenuity of spectators when called upon to show off and express themselves. A history under organizer Michael Eavis that started at free love an ended at impenetrable walls to prevent crashers, and perhaps equally impenetrable ticket prices. Eventually, the remarkable faces of the crowd gathering in the muddy hollow below the Glastonbury Tor become the background of the film, informing the Temple’s changes in scene and theme while honestly portraying this supposed meeting place of free humankind. Glastonbury’s vision of the festival is not romanticized. You see the riots, waste, and excrement, and you feel thoroughly tired after watching it.

On the other hand, the tiredness comes not just from the film’s vision. Try its device: The film has a weird and jerky sort of momentum, burning through such topical pegs as the history of Glastonbury city, its liberal politics, and the increasing police presence and restrictions while mixing in more than a healthy dose of concert footage. Part Warhol, part Pennebaker, part a blistering display of archival research, Glastonbury does not go far enough in any one direction to make a whole movie. It is, fundamentally, about change: the movement of a culture and people through a dramatic set of decades and away from an early era of religious pragmaticism. But buried as deep as it is below diversionary topics and many montages of concertgoers, that message favors the visual spectacle of the fair over its implications—or even its effects. As a result, it’s hard to pin down the intent and even the honesty of the filmmaker.

Pardoning the scratches and fuzz of some of the found footage, the 5.1 surround track is exemplary-a perfect companion to the headlining performances in the film and on the extra disc, one that will preserve the concert aspects of the Glastonbury fair for as long as we’d like to remember the circus. In the visuals, the leap from a current digital image to the wonderful graininess of a ‘70s newsreel camera is jarring, but that’s the wonderful fact of as thorough a documentary film as this. The good news is that nothing in the DVD transfer makes it worse.

It’s slightly offensive that acts not included in the film itself are listed on the DVD cover as featured performers, but, yes, in truth, they’re there: The best part of Glastonbury is its concert footage, and the second disc offers plenty of new, brilliantly edited performances, including ones from Paul McCartney, The Killers, The White Stripes, and R.E.M. Meanwhile, a fact of documentary filmmaking-if not filmmaking in general-is that you’ll have more material than time to fit it all in. The other extras, including cut interviews and ceremony footage, prove that some stuff did get left on the floor. It could have stayed there.

Sure, the film is about change, but did new culture come from Glastonbury, or did Glastonbury adapt to the culture? Without an answer to this or many similar questions, Glastonbury is a pretty spectacle with no documentary weight.