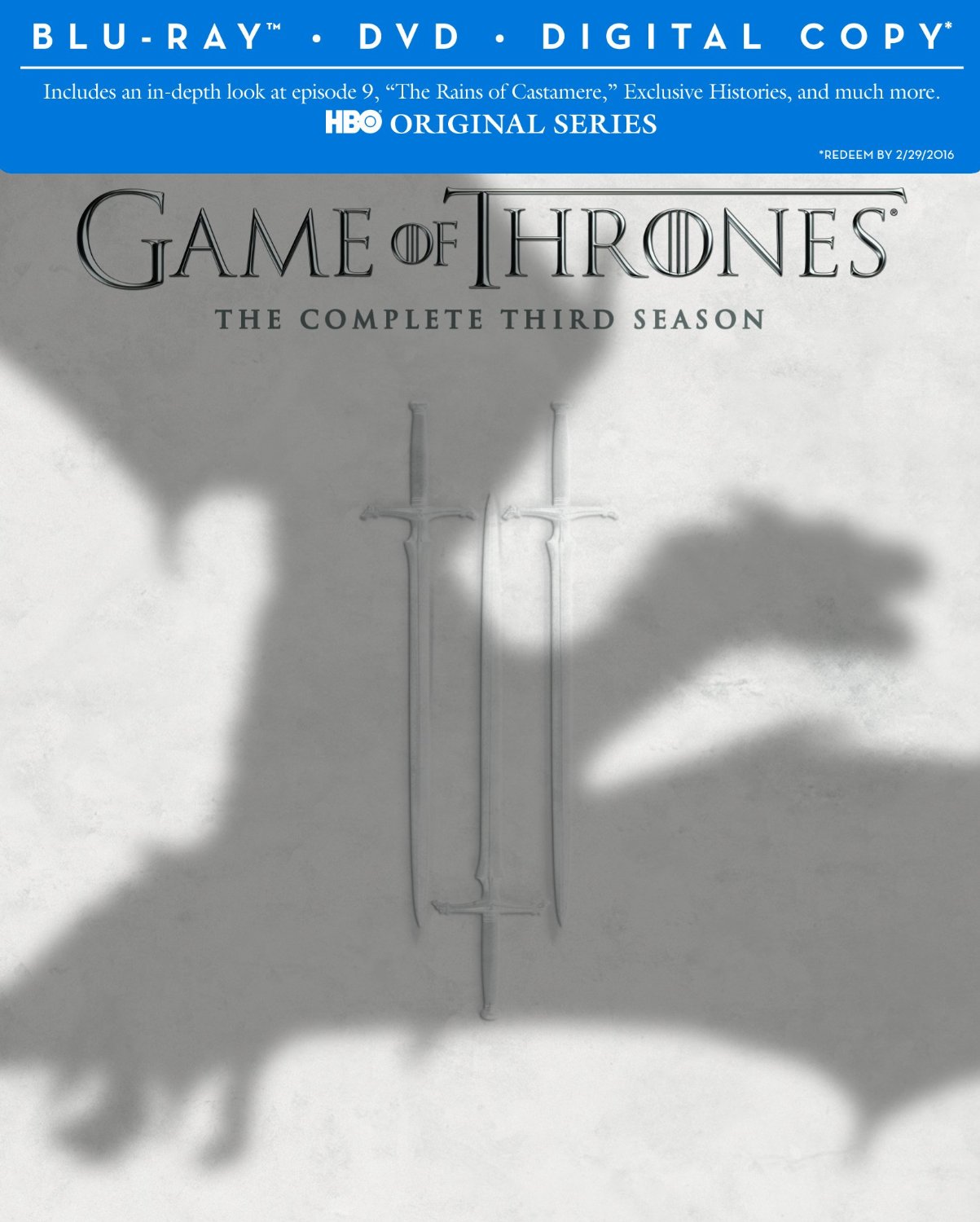 After struggling at times to both consolidate and sufficiently dramatize the more politically oriented A Clash of Kings for its second season, Game of Thrones hit its stride in its third year by tackling the most action-driven book of George R. R. Martin’s A Song of Ice and Fire series to date. Indeed, if the show’s previous season sometimes had to invent subplots to cover up for a surfeit of propulsive action, this one suffers from an inverse problem: There’s so much material in A Storm of Swords that this season only covers around the first half of the book, and even then episodes have swelled from their usual 52-minute running time to just short of a full hour to handle the extra material. Even with a significant portion of the adapted book still to go, the third season features such sights as slaver cities set ablaze in liberation/revolt, the mutiny among the increasingly harried Night’s Watch, the maiming of a major character, and the event that prompted the adaptation of Martin’s work in the first place, a house-clearing that doubles down on the idea that truly no one on this show is safe.

The show’s m.o., countering fantasy with gruesome gore, subjugation, and helplessness more accurate to a medieval setting, gets its biggest showcase in this season. The gorgeous vistas of the first season, of bracing, iced-green northern fields and azure skies that seemed to be lit by golden desert and magisterial throne cities more than the sun, have been all but totally replaced by gray rubble, tattered clothes, and rotting corpses. Whenever some of the old glint creeps back in, it feels ironic, seen from royal grounds that remain unmolested as the kingdom itself falls to ruin, or from the glow of those aforementioned slaver city-states. Rival kings continue to war for total control, but for the majority of the large cast the show tracks, mere survival supersedes increasingly irrelevant political loyalties.

As such, the characters with the least stakes in the present war come to the fore this season. Daenerys (Emilia Clarke), who spent all of her screen time last season in flux, gets to build her power base here, using her growing dragons to launch attacks on hostile cities and winning the loyalty of slaves she nominally frees. Clarke has been gradually building up a regal air across the course of the series, and she gets to show off in these 10 episodes, lending Daenerys’s increasingly shrewd chess moves a sense of firm, confident authority. Meanwhile, Brienne (Gwendoline Christie) and Jaime Lannister (Nikolaj Coster-Waldeau) emerge as the show’s latest platonic power couple, their grudging respect for each other, along with corpulent, craven Night’s Watchman Sam (John Bradley) finding his courage to help a Wildling woman (Hannah Murray), about the only thoroughly uplifting elements of the season.

By the same token, other characters are sidelined, none more disappointingly than fan favorite Tyrion (Peter Dinklage), whose swift fall from grace at the hands of jealous political rivals and embittered relatives is reduced from the novel’s grim atmosphere to its barest essence, losing its impact. Far more troubling, though, are some of the more simplistically visualized themes and violence. Much has been written about how Daenerys’s conquests are disturbingly shaded with white-savior overtones in the season’s final shot, of the pale Clarke being hoisted up by adoring, tanned masses, but there’s also the matter of Theon’s (Alfie Allen) torture, which is so relentless and pornographic that even one of the show’s writers objects to in a commentary track.

These flaws become more apparent when one binges on the season; in fact, this is one of the few seasons of modern, serial-narrative TV that suffers slightly from the practice of marathoning. Each episode is so climactic, with such a dogged insistence on inserting a significant event into every hour, that to watch them as one is draining, not from suspense or density, but from sheer assault. Game of Thrones still has the bulk of its run ahead of it, including waiting on Martin to deliver the series’s final two books, but for the time being, its third season stands as the clearest demonstration of its virtues and drawbacks, a gargantuan work nonetheless pitched at the intimate level of television and manages, most of the time, to balance its conflicting scales.

If Game of Thrones sometimes mistakes using cinema-quality equipment for making cinematic television, there’s no denying each episode both looks and sounds pristine, and HBO once again delivers a flawless package. The autumnal chill that sets in over the season is rendered in all its crisp, bracing starkness, while Daenerys’s journey among desert civilizations nearly stings the eyes for its brightness. Audio is similarly unimpeachable, with dialogue always clear and the sounds of steel slicing into flesh perhaps a bit too perfectly mixed to get the most out of a surround sound system, making for a soundtrack every bit as uncomfortably gruesome as its visual violence.

No television channel does better by its shows on home video than HBO, and this set is as stuffed with features as the rest. All but the first episode come with at least one commentary track featuring various permutations of cast and crew, and three episodes come with an additional track each. In-episode guides provide pop-up text about characters, locations, and background on the history of the series’s continents, and the first disc comes with additional featurettes that summarize the story to this point and give overviews of the season’s new characters. Other featurettes delve into the show’s political marriages, its increased focus on the Wildlings north of the Wall, and more bits of history and mythology. Most substantive are some deleted scenes and an extended PiP commentary for the season’s, and the series’s, show-stopping episode, “The Rains of Castamere.”

Game of Thrones’s best season yet comes with a typically great transfer and enough extras to please devotees for days.

That Dirty Black Bag Review: A Spaghetti Western with a Sluggish Narrative Pulse