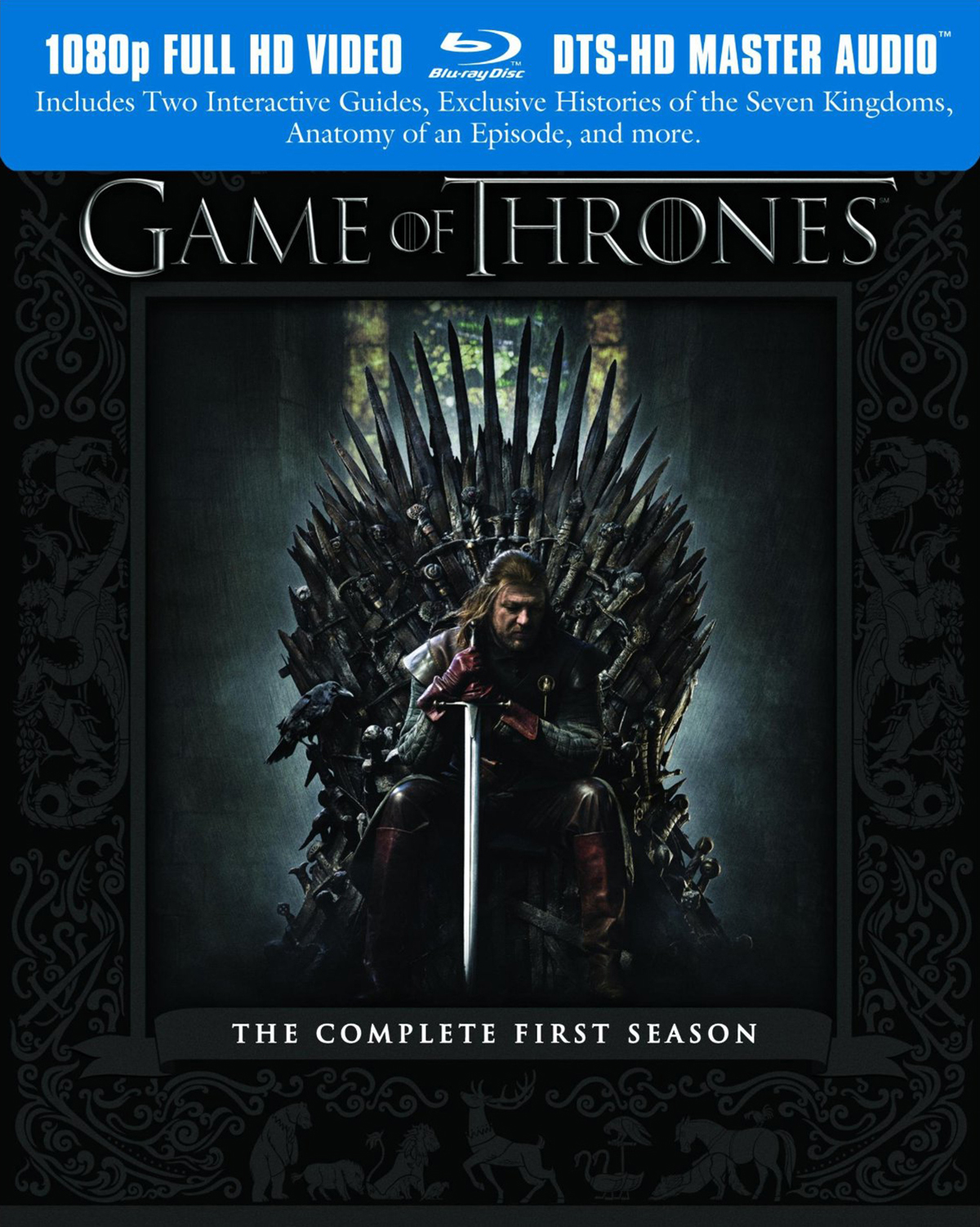 Game of Thrones comes to us from a series of long books by English novelist J.R.R. Tolkien Bayonne, New Jersey-born author George R. R. Martin, via massive expenditures from HBO coffers, lavished on hiring the industry’s leading cinematographers, CGI imagineers, and any British actor who wasn’t already committed either to Harry Potter and the Deathly Hallows: Part 2 or War Horse. The measure of its success is represented, given its elephantine dimensions, by how much or how little the finished product resembles an epic steamer trunk filled with liquid shit. Happily, the answer is: not a steamer trunk. More like a cute little hatbox. True, the co-showrunner is the awful screenwriter David Benioff (Troy, Brothers, The Kite Runner), and the majority of the first season’s running time indicates a concerted effort to out-massacre, out-backstab, and out-epic the last decade’s crop of fantasy, historical, and adventure epics—everything from The Tudors and Downton Abbey to The Lord of the Rings. But within those massive confines, even this impatient reviewer must admit that there was scarcely an unwatchable minute in the lot. I’m being thoroughly backhanded in my praise, but hey, that’s not nothing.

To be sure, this is no “auteur” work. Like almost all series television, the four directors who each helmed one or more episodes of the program’s first season ply their trade at the pleasure of creators Benioff and D.B. Weiss. Given that the Martin property effectively dictates closed-loop, heavily pre-planned (you might even say pre-directed), miniseries-like structure, there’s little room for what might have passed for—even on high-visibility programs like 24 or The Sopranos—a little interpretive freedom.

Based on the evidence, the show’s producers focused on three major objectives. First, world-building on a scale surpassing anything that’s ever been seen on television. Second, as this is HBO, maximum TV-MA content. The third objective is the more complex one, as it concerns the delineation of Martin’s first novel, A Song of Ice and Fire, and how crucial narrative information regarding the fantasy world, and its people, is withheld until maximum effect can be derived from its release. (In one case, until the final seconds of the last episode.)

To put it briefly, the show, beyond a doubt, meets all three objectives with aplomb. The world of Westeros is rendered with magnificent, loving detail. There’s a huge variety (like two 300s’ worth) of explicit violence and nudity. As for the story, it is what it is. People who start out in high places take a tumble, while those that start out at a disadvantage manage to scale their way to the top. The series is produced to please devotees of Martin’s books, but also viewers who have seen it all, in terms of grand fantasy in films and television. It’s a tricky balancing act, trying to please not only the fanatics, but also those who may not exactly go for this sort of thing. All in all, there’s nothing new here (plenty of sexy-violent novelty, no real surprises), but the all-around solid construction is its own reward.

The title sequence, which roams a miniature, animated model of Westeros, provides the first indication that the world of Game of Thrones is color-coded, with several carefully differentiated kingdoms and hinterlands. Over the course of 10 episodes, there’s plenty of opportunity to see the sights, as characters ride hither and yon between the half dozen or so far-flung zones, going through hundreds of costume changes, and playing out countless layers of geopolitical intrigue against a stunning array of interiors. Filmed with the Arri Alexa, the HD camera that convinced Roger Deakins that digital is the way of the future, HBO’s flagship fantasy epic looks nothing short of breathtaking, and the five-disc Blu-ray of the show’s first season doesn’t disappoint. Density of detail, intensity of color and contrast, all are faithfully reproduced. You can also expect plenty of thunder and fanfare from the set’s DTS track.

The supplements cup runneth over: Besides the usual commentaries and behind-the-scenes featurettes, there’s a ton of great guides to the story, its characters, and the history of the seven kingdoms. The guides are narrated by the show’s cast, sort of half in character. Unlike a lot of supplementary content these days, instead of simply regurgitating what you’ve already seen, the guides delve into the original material, regaling us with volumes of faux-history that’s often only vaguely alluded to in the series proper. If you like the show even a little bit, this is a terrific, injury-free way to take a tour of Westeros.

Short of a basketful of dragon eggs, HBO’s five-disc Blu-ray release of Game of Thrones is the best way to field test your high-definition, DTS home entertainment system.

Review: D.W. Griffith’s The Birth of a Nation on Kino Lorber Blu-ray

Review: Alfred Hitchcock’s To Catch a Thief on Paramount Blu-ray