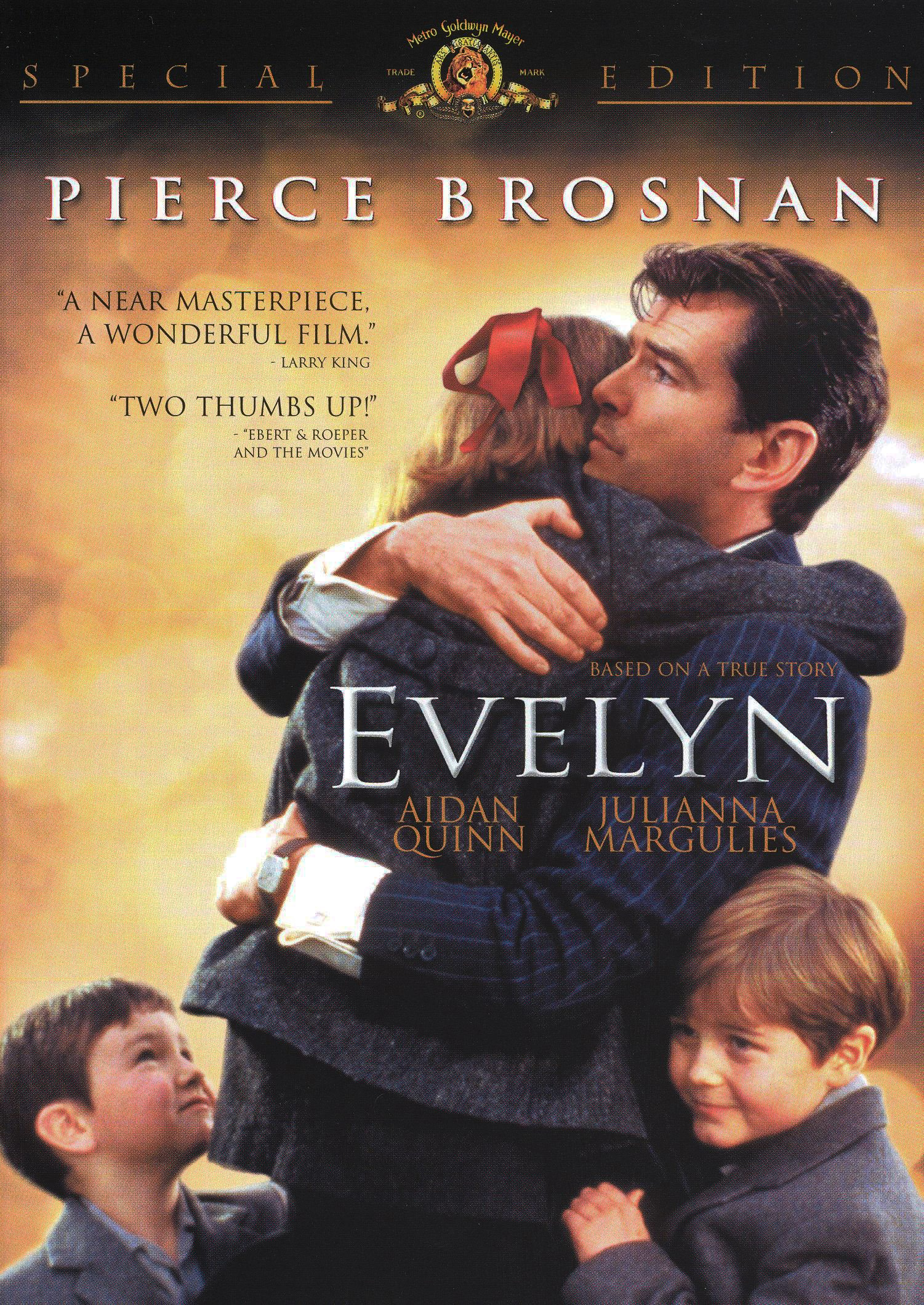 The gears of sentimental uplift are effectively oiled in Bruce Beresford’s Evelyn, a familiar story of parental distress and redemption that is told just proficiently enough to trounce its overly comfortable trappings. Set in 1953 Dublin and based on a true story, the film stars Pierce Brosnan (in a performance that’s a reminder he’s capable of much more than his stiff work as 007) as Desmond Doyle, a poor painter and interior decorator whose wife walks out on him during the holidays, leaving him to fend for their three children Maurice, Dermot, and Evelyn. The government mandates that the tots must be placed in the custody of the state until Desmond lays off the stout and finds himself a steady source of income. But when the man begins to clean up his act, he still can’t get his kids back due to a technicality stating that his wife, who has completely disappeared, must also provide her consent. So it’s off to the courts with lawyers Stephen Rea, Aidan Quinn and Alan Bates in tow. Evelyn falls back on stony Irish clichés a bit too often—much of the film’s middle act consists of Desmond boozing it up in the local pub while his daughter is threatened and intimidated by hardcore nuns at a local boarding school—but the surprise is that it resists ambushing itself with the self-pity of impoverished alcoholism (like Angela’s Ashes) or the brutal traditionalism of Catholic guilt (like The Magdalene Sisters). The Doyle family has their share of hard times but Beresford, a Hollywood pawn who hasn’t made a movie this orderly and agreeable since Driving Miss Daisy, confidently highlights Desmond’s diligent patriarchal obligations and young Evelyn’s faith in the powers of forgiveness instead of wallowing in the trenches of nondescript adversity. Some might dismiss the film as mere hokum, but Evelyn has a rootsy, humane charm that resides in the faces of Brosnan and the remarkable Sophie Vavasseur (playing Evelyn with a minimum of “Look how cute I am” mugging). Both actors find a buoyant and definitive Irish pride to get their characters through the most frustrating situations. The end result successfully separates Evelyn from despicable genre swill like I Am Sam. It’s occasionally cloying but also stirring because the cast refuses to be soiled by 90 minutes of misery and manipulation before giving themselves to the unavoidably cheery conclusion.

Bruce Beresford doesn’t have much of a sense of humor but he sure knows how to frame a shot. Evelyn is presented here in glorious 2.35:1 anamorphic widescreen. The transfer is impeccably clean but the film’s color palette may cause drowsiness. Andre Fleuren’s cinematography is extremely low-contrast and any given shot in the film (night or day, inside or outside) is hazy, foggy or misty. This contributes smashingly to the film’s depressing tone but makes for a particularly banal viewing experience. The Dolby Digital 5.1 is equally serviceable: dialogue is perfectly audible but the mix as a whole is a bit lacking in the surround department.

First up are two commentary tracks: one by director Bruce Beresford and another by Pierce Brosnan and producer Beau St. Clair. The former is spotty and tiresome and Beresford doesn’t see the humor in the scene where Desmond almost kills the mean ol’ nun that beat his daughter, but he has nothing but love for his actors. Well, perhaps too much. For what seems like the duration of the film, Beresford goes on about everyone’s ability (even the eight-year-olds) to distinguish between a north Dublin accent and a south Dublin accent. Brosnon’s commentary track is a tad more passionate so it makes for a more interesting listen. Two featurettes are also included: a standard behind-the-scenes documentary and a disappointing piece titled “The Story Behind the Story.” Instead of using photos and archival footage of the real-life individuals who lived through the film’s ordeal, the cast and crew tell their story with the occasional film clip thrown into the mix. Also included is a photo gallery, a theatrical trailer and a soundtrack promo.

Just skip to track 9 and watch as Pierce Brosnan grabs on to the head of a nun and threatens to kill her. The rest is sleepy-time material.