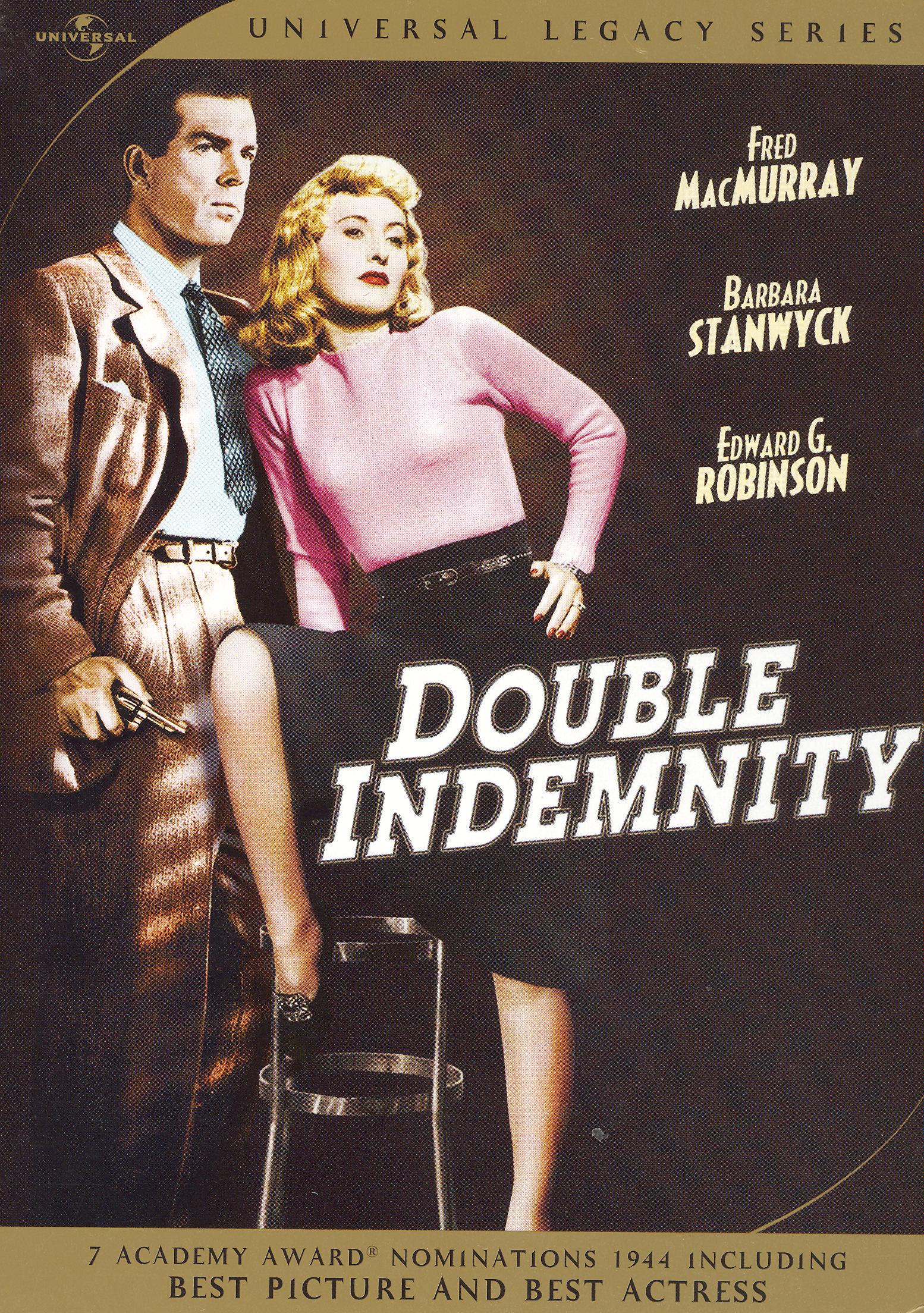 An accepted classic and archetypal film noir, Billy Wilder’s Double Indemnity is visually drab and flabby around the edges. Its seamy tale of murder is not layered in any way; what you see (or, in Wilder’s case, hear) is what you get. There are several rude, unexpected jokes that punctuate the film’s languor: When insurance agent Walter Neff (Fred MacMurray) first sees flytrap-blonde Phyllis Dietrichson (Barbara Stanwyck), she’s standing on top of a staircase in a towel and says she’s been sunbathing. “No pigeons around, I hope,” he says, a laugh-out-loud wisecrack that underlines the intense misogyny of the film.

As these two monsters thrust and parry contemptuous dialogue at each other (a scene that has been excerpted on a hundred TV clip shows), it’s hard not to feel that the prospect of sex between two people has seldom looked so joyless. Neff and Phyllis are burned-out figures, a horny jerk and a feral sociopath. They show no remorse, no real passion, and they move around the scenario like puppets; the effrontery of their initial meeting might be classic, but it leads to a dead end. The querulous, disagreeable minor characters point up Wilder’s sarcastic, shrugging point of view. If he doesn’t care, why should we?

As Keyes, a crack-insurance investigator who trusts Walter and stays hot on the trail of the case, Edward G. Robinson has several lengthy speeches that he pulls off splendidly, and he steals the film with only a limited amount of screen time at his disposal. Crowned by a silky blond wig that chills her dreamy demeanor, Stanwyck does all she can with a vivid but basically uninteresting villain. She scatters her performance with icy suggestions of sadism and can be downright scary, as in the second grocery store scene where she stares Neff down, but her talent is wasted on such an all-business femme fatale. MacMurray is ideally cast as this chump, but he can’t seem to find any chemistry with Stanwyck. Double Indemnity improves a little as it goes along, and it would be churlish to deny some of the pleasures to be had from its construction and dialogue, but it’s a famous movie that doesn’t bear much close inspection.

For a disc that bills itself as a special restored edition, the image is surprisingly grainy and spotty most of the way through, and the sound is hollow and hissy.

There’s a standard commentary by Richard Schickel, a slightly more interesting track with Lem Dobbs and Nick Redman, a featurette about the film, and an intro by Robert Osborne. There’s also a second single-layer disc that contains a 1973 television remake with Richard Crenna and Samantha Eggar. Saddled with a teleplay by Steven Bochco that ruins the dialogue all the way down the line, it’s such an awful, badly acted, and audaciously ill-advised version of the familiar material that it does have a certain “through the looking glass” fascination. A favorite fuck-up: entrusted with Stanwyck’s best moment, her look of satisfaction as her husband is strangled, Eggar decides to look like a baby whose just wet her diaper.

A disappointing disc for a shallow but well-loved film.

DVD Review: State of the Union