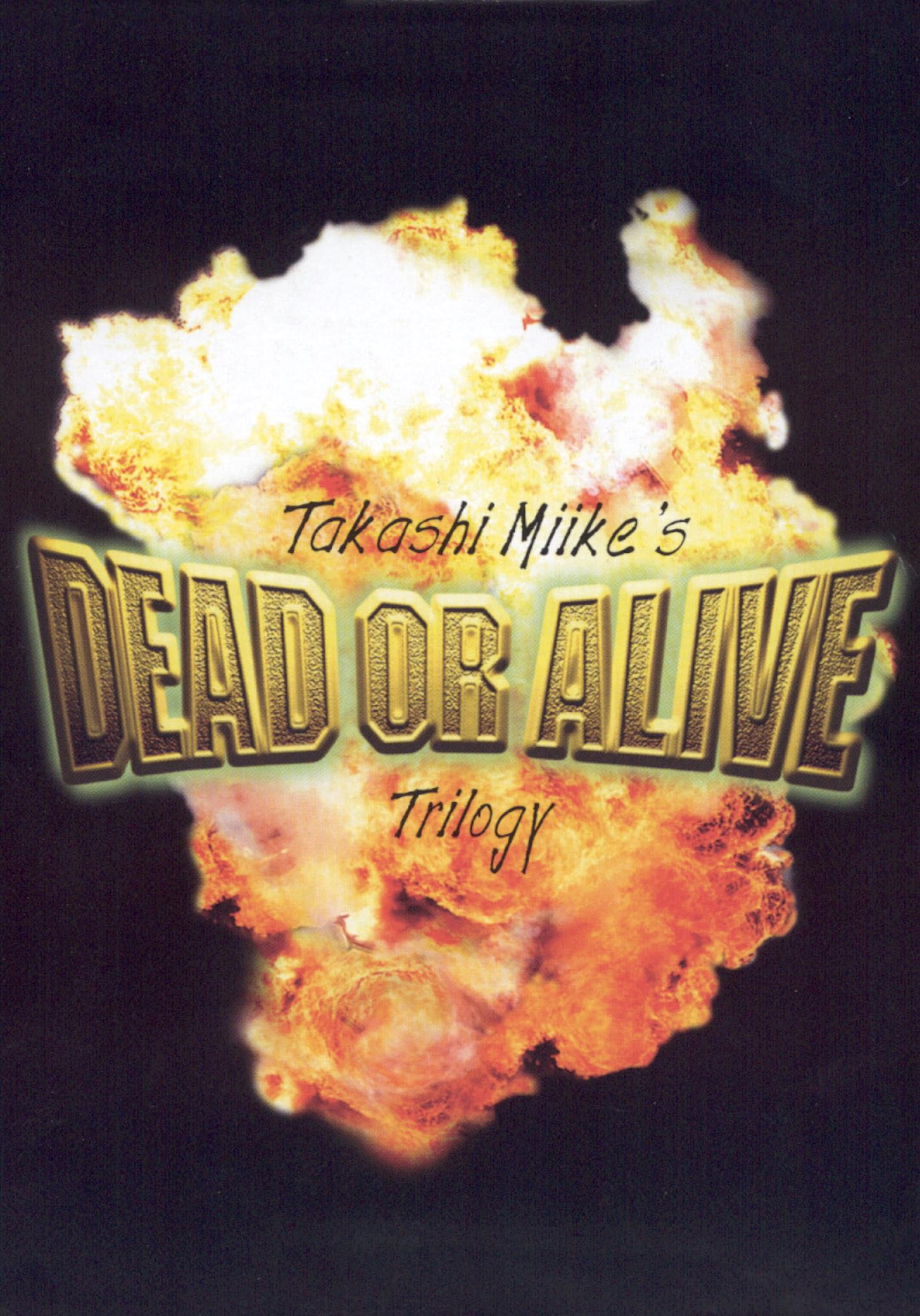 There are some directors whose approach to genre filmmaking is guided by a firm grasp of and profound respect for the rules and archetypes of the particular genre they are working within. And then there is Takashi Miike. Miike’s Dead or Alive trilogy takes the tenets of the Yakuza gangland auctioneers along with the scuzzbucket flexing of Japanese “V Film” (Japan’s direct-to-video gridhouse mayhem, if you will) and fucks them right up the ass (literally, in the first film’s knockout opening). The three films have no literal connection aside from featuring two of Japan’s grandest “V Film” stars, Show Aikawa and Riki Takeushi, going head to head. However, the three films share one central concern: violence and violent cinema. And each film is unique in its relationship to the brutality it depicts, and the arc of the trilogy could be said to follow this pattern: indulgence, repentance, and ultimately acceptance.

This is not to say that the three films necessarily inform each other (except in postmodern, meta-cinematic terms). Indeed, the fact that the first film ends with an apocalypse isn’t even given a second thought in either sequel. The primary objective of Miike’s cinema is usually pure sensation and youthful abandon. Which is probably why the most famous moment of the entire series is the original film’s first 10 minutes, which are overstuffed with more strippers, blood, gut-burstings, mile-long lines of cocaine, and Mafia shootouts than most other films manage in their entire running length. But, for all the flourishes that punctuate Dead or Alive (including a wading pool of shit and a visit to a makeshift bestiality porno set), the film follows your basic cop-versus-gangster model.

Miike really takes off into no man’s land with the ethereal and hauntingly sedate Dead or Alive 2, which practically bites the audience that made him famous. In contrast to the first film, here Miike is nothing but critical of senseless violence. In one masterfully crosscut sequence vacillating between a prolonged strain of gang violence and kids playing bawdily (seeing Show and Riki dressed up as a lion and a duck is enough to view the entire trilogy), Miike makes an all-too-clear connection between the violence of his own films and children being shocked by phallic humor into gales of puerile laughter. Instead of fighting each other to the world’s end, here Show and Riki portray childhood friends who take hits on various gang members so that they can donate their rewards to vaccinating third-world children across the globe. Dead or Alive 2 isn’t without its share of nasty business (most spectacularly it depicts a widow nuzzling up to her dead husband’s elephantine cock), but overall it represents one of Miike’s most introspective and daring deconstructions of screen violence.

So, of course, he throws it all out the window with the blithely loopy Dead or Alive: Final. Taking his latent obsession with male sexuality to a new explicitness, Final depicts a near-future Yokohama under the totalitarian rule of a homosexual mayor who has decreed that heterosexual procreation must be brought to a halt. Stealing rather liberally from Blade Runner, Miike has Show and Riki playing replicants fighting on separate sides of the divide, one with the mayor’s secret police force, the other with the rebels. Though he attempts to bring some closure to the trilogy’s thematic fixation on parents and their relationships with or separations from their children, in the end it all seems to be a prolonged build-up to one more showdown between Show and Riki (possibly in atonement for the camaraderie shared between the two in the second film). Instead, Miike’s only successful means in bringing the trilogy full circle is that he ends the third film the same way he opened the first one: with a cosmic butt-fucking joke.

The biggest complaint one could lodge against Kino’s luscious boxed set is that the third film is not in anamorphic widescreen (a title card dances circles around their explanation for its absence). Otherwise, these transfers look fantastic. Vibrant colors (especially in the yellow-upon-yellow cinematography of the third film) and pristine prints are reproduced with no discernable blocking. The sound mixes are only stereo, but the range of sound effects is exuberant, and the pensive music scores all sound great here.

Be thankful to have a nice-looking boxed set with solid transfers of the trilogy, because the only featured extra included here (outside of some apropos-of-nothing trailers) is a barely seven-minute interview with an oddly becalmed Takashi Miike on the first film’s disc. Though it’s a pleasure to hear him talk, and his overview of the “V Film” and his Dead or Alive stars’ place in its universe are welcome, it’s a shame that the only commentary available on the films comes down to a terse one-shot. Admittedly, the well-written liner notes by Miike biographer Tom Mes fill in some gaps, but we’re hardly in the territory of the expansive Miike materials collected on the Happiness of the Katakuris disc earlier this year.

The Dead or Alive trilogy has to represent the most prolonged man-sex gag in all of cinema.