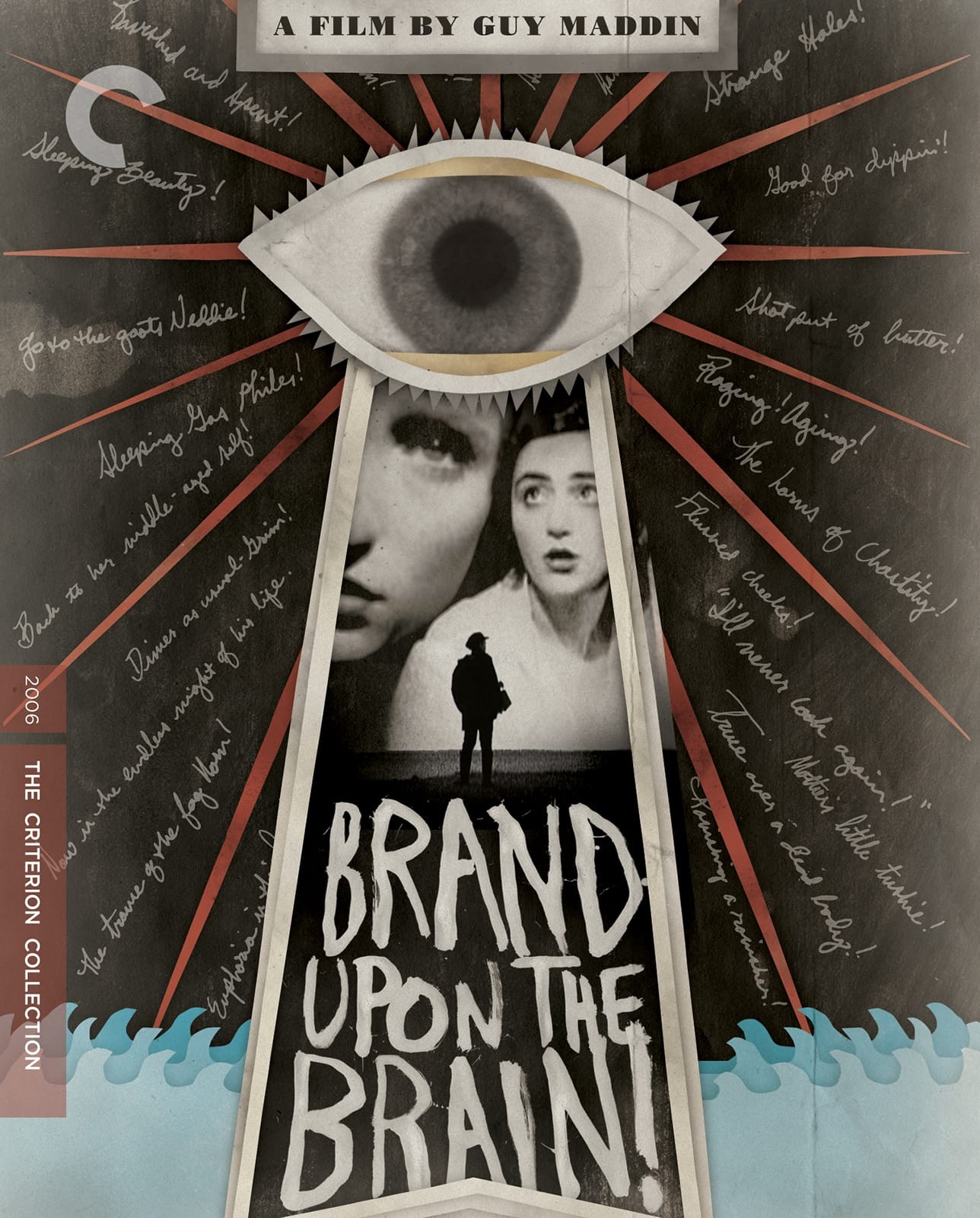 Avant-garde to the last shuttering edit, Guy Maddin’s signature aesthetic is also, paradoxically enough, a classical fusion of style and content. The search for youth that runs through much of his work is complemented by its projection as an outpour of archaic cinematic tropes—mementos from the medium’s own past. The Canadian director pushes his style even further in Brand Upon the Brain!, where his conservationism extends to the film’s very presentation as a live auditorium event meant to recreate the original silent-movie theaters, complete with orchestra, foley artists, and an incantatory narrator. (Few pictures will lose as much impact upon their DVD release.) Yet the theatrical experience isn’t a William Castle-type gimmick any more than Maddin’s feverish melodrama is a blur of shards from Feuillade, Borzage, and Gance. The director’s profoundly felt biographical obsessions and love for film history go beyond parody and homage and into poetically inexplicable private reveries.

The story—subtitled “A Remembrance in 12 Chapters”—follows one “Guy Maddin” (Erik Steffen Maahs) returning to the isolated island of his childhood, where his family ran an orphanage out of a lighthouse. Memories are relived: Guy recalls his prepubescent self (Sullivan Brown) and his rebellious older Sis (Maya Lawson), constantly watched by Mother’s (Gretchen Krich) dictatorial light shaft while Father (Tom Moore) holds the standard mad-scientist experiments in the basement. When a teenage detective (Katherine E. Scharhon) enters the island disguised as her own brother, their world short-circuits. The characters keep slipping into trance, either to acknowledge their forbidden passions or possibly to try to keep up with the film’s hallucinatory rhythms.

Densely composed and outrageously Freudian, Brand Upon the Brain! offers psychosexual anxiety, resurrection, vampirism, and the kind of phantasmagoria that exists only in the mind of a playful visionary. (It’s also a very funny film, my favorite moment being Mother’s meeting with her brood following a rejuvenating experiment that makes her 20 years younger: “An awkward breakfast,” reads the intertitle.) Maddin’s fantasies can become easily overextended, and the film could have used some of the condensed brevity of Cowards Bend the Knee. As a frantic, lyrical spectacle, however, it has images unforgettable enough to do justice to the title.

It’s easy to rate the image and sound of this purposefully arcane avant-garde master doodle by Guy Maddin: beautiful. Enjoyable? Maybe not so much given how noisily the film has been assembled, but the exceptional digital transfer makes clear that every flare of the camera, every echoing footstep, is a meticulous part of a master modulator’s imagination.

Now you have eight ways of seeing Brand Upon the Brain!, as the Criterion Collection makes available to DVD audiences the live performances delivered by Maddin, Isabella Rossellini, Laurie Anderson, John Ashbery, Crispin Glover (my favorite) and Eli Wallach during the film’s limited theatrical run in New York City last year. (You can also choose from three prerecorded tracks by Maddin, Rossellini and Louis Negin.) Two shorts-the strenuous It’s My Mother’s Birthday Today, about an interaction between Manitoba Meadowlark castrato Dov Houle and a pet bird, and the metarific Footsteps, about the Toronto-based foley effects team that worked on Brand Upon the Brain!-made by Maddin for this DVD release exemplify the best and worst of the man’s artistic habits. On the 50-minute documentary “97 Percent Time,” which functions not only as a making-of featurette but an elaboration on Maddin’s life and work, the director admits to wanting to make a film that wouldn’t get him labeled an “arty wanker” by people like me, with George Toles heaping the most convincing and succinct acclaim on Maddin I’ve ever read or heard. Rounding out the disc: a deleted scene that would have turned the dial up considerably on the film’s already queer subtext, a theatrical trailer and a predictably vibrant essay by Dennis Lim.

Brand Upon the Brain! may or may not be your cup of tea, but the title is fitting: You’ll never forget it.