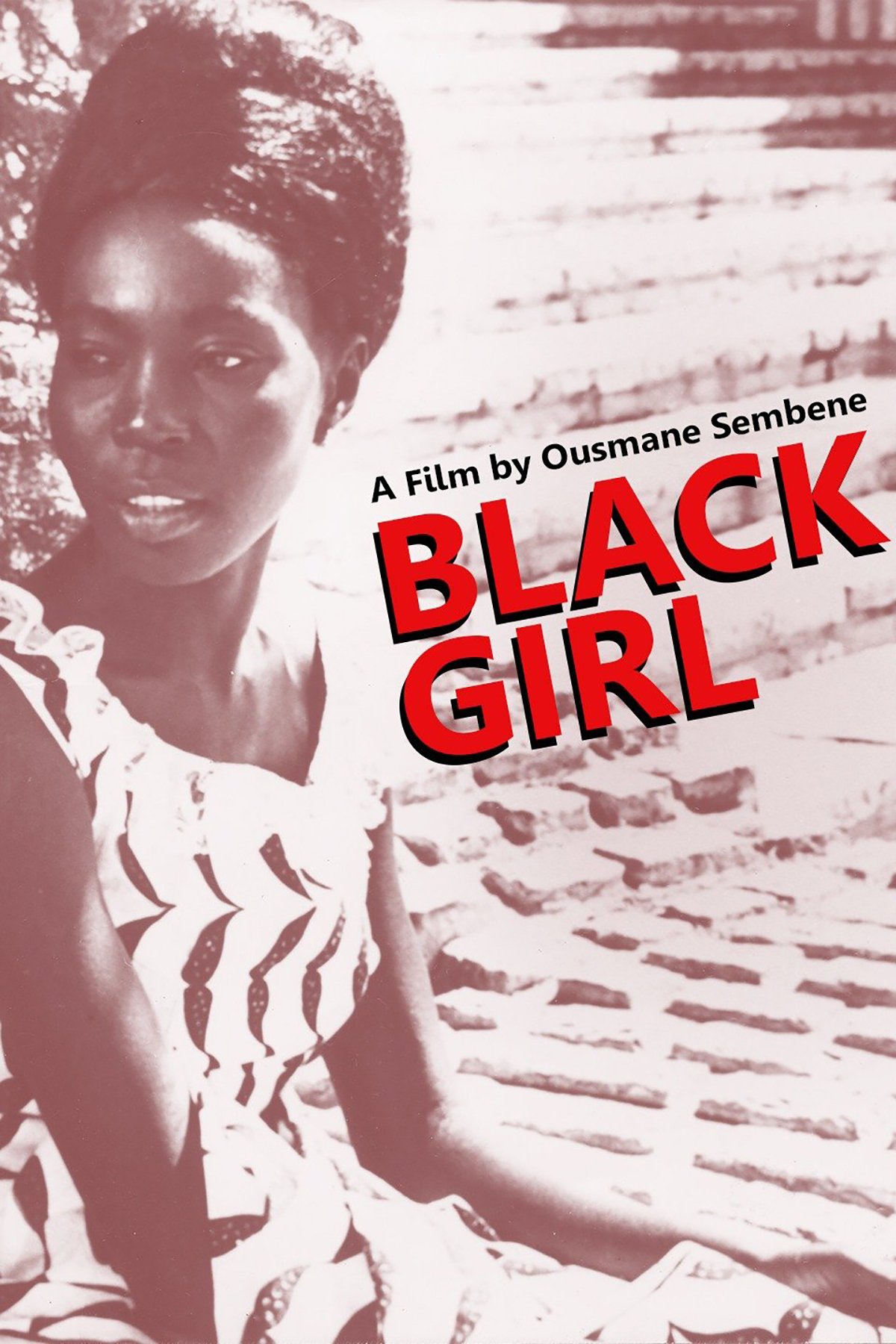 In Movies as Politics, critic Jonathan Rosenbaum makes a case for Senegal writer-director Ousmane Sembène’s Black Girl as the symbolic genesis of sub-Saharan African filmmaking, at least to the extent that the authorship belonged to a born and bred African and not a well-meaning European ethnographer like, for instance, the extraordinary Moi, un Noir’s Jean Rouch. Based on one of his own anti-colonialist stories, Sembène’s 1965 film begins with the arrival of Diouana, a stylish young black woman, to the French Riviera. Giddy on dreams of attaining true cosmopolitanism, Diouana has accepted a job as a domestic to a diffident married couple. In Senegal, she was a nanny to their children. But once she arrives in France and gets set to sweep floors, scrub bathtubs, and prepare spice-free versions of her homeland cuisine for houseguests (the couple’s kids apparently study abroad), she comes to the slow realization that her employees are more like masters and her domestic position is really just paid slavery.

Though nominally free in the sense that she isn’t locked up in her masters’ apartment, Diouana’s illiteracy and plummeting sense of vocational self-worth quickly lead her into a spiral of depression. She tries to hold onto a sliver of hope, wearing glamorous spike heels while she does her housework and reminding herself repeatedly that soon the kids will come back and her house chores will stop. But Diouana’s boss, a malcontent, snippy housewife, demands that Diouana remove her flashy footwear (in a clear fit of class vengeance), and the kids’ arrival continues to loom in the distance.

Diouana’s situation is obviously tragic, but Sembène’s ability to match his contempt for so-called “decolonization” with a non-judgmental eye toward all his characters defuses any danger of slipping into polemics. Diouana’s excitement over her move to France in’t, surprisingly, in anticipation of her future paychecks. Instead, her ambitions are downright shallow: She can’t wait to use her wages to buy dresses so that she can take pictures of herself living posh and send them to her friends and relatives back home in hope that her success will throw them into paroxysms of jealousy.

Decolonization in Black Girl isn’t only a myth, but also a myth that actually strengthens the consumerist caste systems. The frustrated (and unnamed) middle-class housewife, who can’t chide her droopy-dog husband to lift an eyebrow, isn’t a monster in any unequivocal sense. Her outrage is a byproduct of the expectations that the economic exploitation of France’s African imperialism have given her. And when her husband returns to Senegal to pay a guilt-ridden visit to Diouana’s estranged relatives, the presumptuousness of his attempts to fix his mistakes by dropping cash is obviously callous, but it’s all he knows. The mask-wearing boy who follows him out of town silently suggests the caveat emptor of a culture that the husband’s nation tried to buy, but misplaced the receipt.

Par for the New Yorker Video course, which means that at the same time you’re grateful it’s on DVD at all, you’re also tacitly marveling that the fact that it’s not poverty-row Facets quality is its own reward. Otherwise, there’s the same laundry list of problems: a contrasty, faded print given a swift transfer. On the plus side, combing doesn’t appear to be as overwhelming as it has been on many other New Yorker discs, and the removable subtitles seem exceptionally well done.

It’s not clear whether it’s actually a bonus feature or a bona fide second course but, in either case, the inclusion of Sembène’s early short film Borom Sarret is an extremely welcome addition to the package. Covering many of the same themes that would enrich Black Girl (albeit in blunter form), the film details a particularly depressing day in the life of a horse-drawn wagon driver. Prefiguring Diouana’s fixation on wondering when her boss’s children will arrive, the driver gets through his work day making a mantra out of wondering what his wife and child will eat, given that each successive customer manages to find a new way to avoid actually paying for the ride. Almost comic in its accelerating debasements, Borom Sarret concludes on a note of ambiguity when the driver’s wife walks out of their open-yard dirt homestead. It happens so suddenly that you’ve only just realized that she could either be walking out on him and their child or she could be leaving to start her work day (if you know what I’m sayin’) before you

With Black Girl, Ousmane Sembène used the aesthetic freedom of the French New Wave to attack that very nation’s hubris.

DVD Review: Keren Yedaya’s Or (My Treasure) on Kino on Video