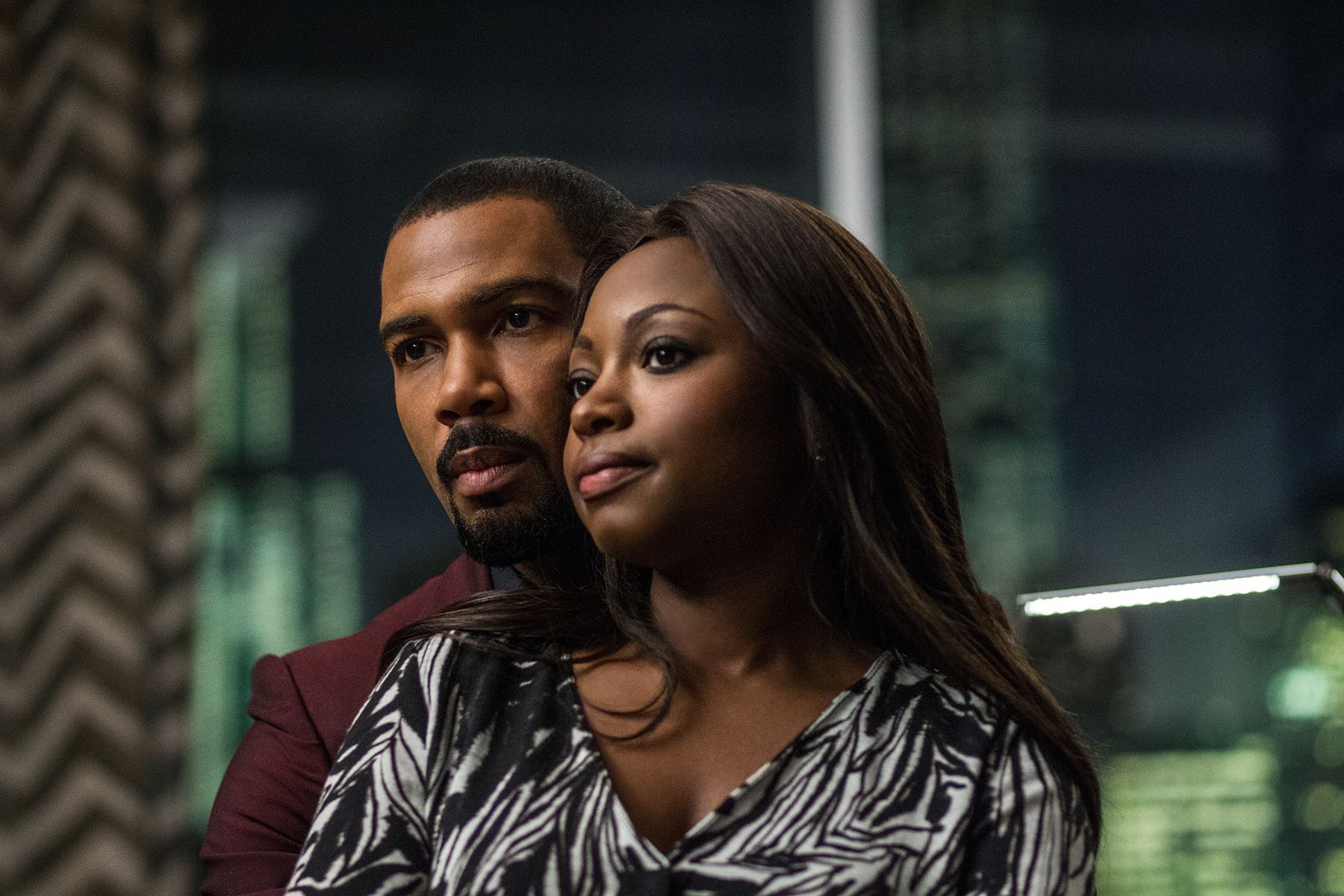 Starz’s Power, like HBO’s The Sopranos, is about an East Coast organized-crime outfit with its foot in the drug trade. James “Ghost” St. Patrick (Omari Hardwick) is the crime boss at the center who, like Tony Soprano, is both a committed family man and a cold-blooded thug whose various “business” problems routinely call for, well, murder. But if The Sopranos, in all its intricacy, finds layers in its antihero that are relatable even as it reveals how damaged the man is by a life of violence, then Power comes across as nothing more than a warmed-over soap opera only superficially obsessed with Ghost’s relationship to guns and drugs.

In the first episode, Power thrusts us into the existing relationships between Ghost and his business partner, Tommy Egan (Joseph Sikora), his wife, Tasha (Naturi Naughton), and Angela Valdes (Lela Loren), a high school sweetheart who comes back into his life. The depth (or lack thereof) of these relationships is created entirely from exposition of their past. Ghost and Tommy were childhood friends who turned their drug-dealing business into an empire. Angela left Ghost to get an education, eventually becoming a state prosecutor. Power introduces us to these characters well into their own stories, and it becomes difficult to relate to them when their backgrounds are left to a kind of wishy-washy notion of “the streets.” If Ghost is tempted to have an affair with a previous, more passionate lover, then it would help to have that passion demonstrated rather than explained. The main conflicts—Tommy pulling Ghost away from his ambitions as a club owner toward a life of crime and Angela pulling him away from wife and family—add a limp layer of conflict to a series that only seems to exist to glamorize a high-rolling criminal lifestyle.

The show’s concept of gangsterdom is ripped straight out of 50 Cent’s music (fitting, as the rapper both acts in and executive-produced the series, as well as performs the opening theme song). We’re told Ghost came from an impoverished upbringing, but his hard work and business acumen brought him and his family the “good life.” Take Ghost’s club, which is opened to launder drug money and is a signifier of his new life: tailored suits, bottle service, and a clientele of New York’s elite. The series deals perfunctorily with its crime plot, concerning widespread stickups of Ghost and Tommy’s street-level dealers, with no room for emotions getting in the way of business. This may be all well and good for Ghost and his profit margins, but it reduces the possibility of internal conflict, turning several scenes into expository moments of Ghost telling hotheaded Tommy what he did wrong and how to fix it.

In the best films and television shows about organized crime (The Sopranos, The Wire, The Godfather, etc.) the characters are developed with a strong ethnic and cultural specificity that explains their actions beyond general platitudes of business and rewards. One of the most jarring conflicts in The Sopranos is the class divide between Tony and his own children. It’s ludicrous to imagine AJ and Meadow going into the family business, given the money and privilege with which they were raised. Tony, in contrast, is still tied to his Italian-American working-class roots and the values of the mafia family he grew up in. Despite opportunities to “go legit,” he would never do so. That conflict is missing from Power, in which Ghost is so separated from his past that it’s difficult to see why a man in his position, who presents himself on every occasion as a consummate businessman, would remain in a life that puts him and his family in danger. Within capitalist societies, people are encouraged to develop a strong work ethic in return for future “rewards” of leisure and consumption. Power is crippled by this paradox, presenting Ghost both as someone reaping the rewards of his hard work and ambition (the club as signifier of success), even while the audience is asked to keep watching while he continues to put in work for a goal (money and leisure) that he’s already obtained.