Mad Men salutes a man who I consider one of the three biggest influences on the series, the great Billy Wilder (the troika is rounded out by Cheever and Updike), with what could be the series’s bleakest and most depressing episode. At the very least, it’s the episode most heavily saturated by the casual misogyny that makes The Apartment, Wilder’s magnum opus, as chilling as it is ultimately uplifting. But even Wilder couldn’t avoid occasionally succumbing to the temptation to overclose (though not necessarily in The Apartment), as TWoP’s ever-astute Sars and our equally illustrious host put it, and “The Long Weekend”, while largely excellent, unfortunately crosses that line a little more than usual.

We begin with the introduction of Betty’s father, who’s been mentioned previously in ways that suggest Don isn’t a big fan of the guy. Don quickly switches sides, however, when Betty voices her belief that it’s a little too soon after her mother’s death for her father to have embarked on a new relationship. Don’s logic is sound—after 40 years of marriage, his father-in-law lacks the skills to go it alone as a widower—while Betty counters that all he needs is a housekeeper. While it’s hard to disagree with Don, his argument helps establish the theme of female subservience (“I live to serve,” his father-in-law’s girlfriend said a little earlier) that is largely responsible for the episode’s intense creepiness.

At Sterling Cooper, we’re treated to another screening of ads from the 1960 Presidential campaign. The dismissive response to Kennedy’s ad seems like another example of SC being an agency that “just doesn’t get it”, though at least Don & Co. are smart enough to think that Nixon’s ad sucks pretty hard too. Pete’s admiration of the Kennedy strategy—“the President as product”—again shows him to be one of the most forward-thinking guys there, but Don’s brainstorm—casting the election as a narrative—proves he’s even more forward-thinking by anticipating Presidential campaign strategies of the 1980s and beyond. Don’s insight is driven by his personal identification with Nixon as a self-made man—for reasons the audience knows about but which no one at Sterling-Cooper does—and while it’s intriguing to see the biographical facts about Nixon cast in such a light, it’s also the first time the episode veers into “overclose” territory (perhaps more for Don’s “he’s the Abe Lincoln of California” line than for the parallels to Don’s life).

While Don is rightly proud of having bootstrapped himself into his job as Sterling Cooper’s creative director, he seems to believe that luck or fate also played a large role—otherwise, he’d probably boast of his roots when Rachel Menken reminds the assembled executives that her father actually started with nothing and says she doubts anyone else in the room can say the same thing (while Don has been cagey about his background to everybody, a humble beginning is nonetheless a component of his adopted identity, per his discussion with Roger and Mona Sterling at the beginning of Ladies Room). Instead, he adopts a position of respect toward Abe Menken, though he also doesn’t shy away from delivering one of the forceful pitches that have become his signature (which leads to Mr. Menken’s line comparing the agency to a Tsarist ministry, another of the terrific political-historical metaphors that the series does so well. Rachel, having no idea what he’s talking about, briefly becomes a surrogate for audience members on whom such references are lost). During his spiel, Rachel displays an impressive poker face as far as her feelings toward Don are concerned, but her father’s comment about Don being “too dashing for my taste” implies that he may well have picked up on his daughter’s sentiments anyway.

It’s with the story concerning Joan’s roommate Carol that the episode starts to enter a whole new dimension of creepiness. In their first scene together, when Carol arrives at the agency, Joan is as bitchy to her roomie as she typically is to Peggy and the rest of the steno pool. Her cattiness doesn’t seem unjustified: Carol is a veritable catalog of upper-middle-class clichés—before getting fired, she had a stereotypical entry-level publishing gig, and she’s living in Manhattan on her parents’ dime (hateful as Joan may be, her manipulation of men such as Roger arguably constitutes evidence of greater industriousness). While Carol seems pathetic at first, she proves to be a more complex figure—and a legitimately tragic one—when her exasperation over being fired leads her to admit the extent of her feelings for Joan. Joan shuts her right down with an icy unflappability so complete as to be practically Victorian. Though the particulars are different—the unrequited passion is one-sided—Carol strangely reminded me of Anthony Hopkins in The Remains of the Day in this scene, which left me absolutely devastated (of course, it goes without saying that Joan is infinitely bitchier than Emma Thompson’s character).

I’m of two minds about the follow-up scene, in which Joan and Carol return to their apartment with the guys they met at the bar. On the one hand, Carol resigning herself to having sex with this creepy, pathetic fat guy pushes the scene further into the realm of tragedy. On the other, as a longtime Manhattan resident, I simply can’t believe that they couldn’t find better looking guys, or that someone like Joan would in a million years fall for that guy’s line. Sure, ubiquitous cellphones are 30-some-odd years off, so Joan can’t just call up Ken Cosgrove or Paul Kinsey to see what bar they’re at, but it would have been a lot more believable to have Carol experience her humiliation at the hands of a Sterling Cooper junior exec in full on drunken letch mode. The ugliness and stupidity of the men Joan and Carol hooked up with pushed the scene deep into the realm of the “overclose”, even if what the scene conveyed about how men treat women as objects—and how women agree to be treated as objects—fed right into the central theme.

This theme is most vividly conveyed, of course, by Don and Roger’s plot. I love how Roger is instantly able to tell which set of twins among the four is likely to be the sluttiest (I choose to read it as a coincidence that they’re also the least conventionally attractive pair of sisters). The bit where one of the twins observes that “people” (presumably men and only men) always ask them to kiss each other makes it seem as if the girls are on the naïve side, but it soon becomes clear that their cynicism about sex exceeds even Joan’s. Then again, it’s no wonder they’re so jaded given how Roger behaves—it’s clear he’s far from the first guy they’ve met who acts this way. Roger’s sleaziness gives the lie to his earlier claim that Sterling Cooper is nothing like the insurance firm in The Apartment, but his “Dracula” line (and the way he rides Mirabelle like a pony) again constitutes overclose.

I was as surprised as Roger that it was a heart attack which provided his wake-up call—I’d expected cirrhosis or a DUI accident to make him reconsider his lifestyle rather than the ulcer he was banking on. His crisis may strike some viewers as a moralistic example of chickens coming home to roost, but the extent to which Bert Cooper sees Roger’s coronary as a threat to the agency’s very existence suggests it will have greater meaning where the larger plot is concerned. Roger’s crisis unsurprisingly gives John Slattery an opportunity to shine—he’s just amazing in the hospital bed scene—but the whole situation nonetheless feels a little forced, and his line about how “I’ve done everything they told me—drank the cream, ate the butter”—may very well be the series’s single most egregious example of heavy-handed irony.

Don’s response to Roger’s heart attack yields a much more interesting and subtle bit of irony—instead of driving Don to change his own ways, Roger’s heart attack leads him to engage in a self-destructive brand of carpe diem. At least that’s how Rachel sees it, even though an affair with Don is something she very much wants. At the time, of course, she has no idea that Don is being driven by a strong craving for a kind of intimacy he feels he can’t achieve with Betty, but which he seems to feel that she, as a kindred spirit, can provide. Don’s final speech, which connects a lot of dots and allows a lot of free-floating facts to coalesce, may also be overclosing at some level, but Jon Hamm makes Don’s long-awaited opening-up so convincing and poignant that I’ll let Matthew Weiner & Co. off the hook.

This week’s episode was particularly notable where geeky continuity-oriented details are concerned. In addition to a callback to the sketchy OB-GYN from the pilot (who apparently offers illicit abortions in addition to prescribing birth control on the sly), Roger’s heart attack—and Joan’s reaction to it—ties in nicely with Joan’s evocative line from “Babylon” about how food near a bed reminds her a little too much of hospitals. Bert Cooper’s oblique revelation that he knows of her affair with Roger helps make the point nicely, and suggests that Weiner has found an ingenious way to keep Joan around in future seasons despite her transparent desire to find a rich husband to live off of: Her professional skills are too useful to Cooper for him to let them get squandered. It’ll be very interesting to see if Cooper’s “don’t waste your youth on age” admonition is a warning that stays with her in the long run.

Finally, it wouldn’t be an episode of Mad Men without at least one easily-avoidable chronological cock-up. Certainly, there are a lot of little details the episode gets right—in 1960, Labor Day indeed fell on September 5, per the memo we get a glimpse of about the office closure. And, according to the IMDB, The Apartment had its New York City premiere on June 15, 1960, followed by an L.A. premiere a week later on June 21. It presumably went into general release immediately thereafter, and given how much longer films stayed in theaters 47 years ago, it’s by no means out of the question that Roger and his family might just be getting around to seeing the film at the end of August. The IMDB also says that Psycho, mentioned by Roger in the same scene, opened on June 16, 1960 (a Thursday, oddly). However, Joan’s remark that she looks “somewhere between Doris Day in Pillow Talk and Doris Day in Midnight Lace” is where the wheels come off the wagon. Pillow Talk was a 1959 release, but the now-forgotten Lace didn’t open until October 13. 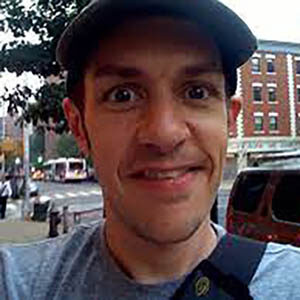 Doctor Who Recap: Season 3, Episode 12, “The Sound of Drums”