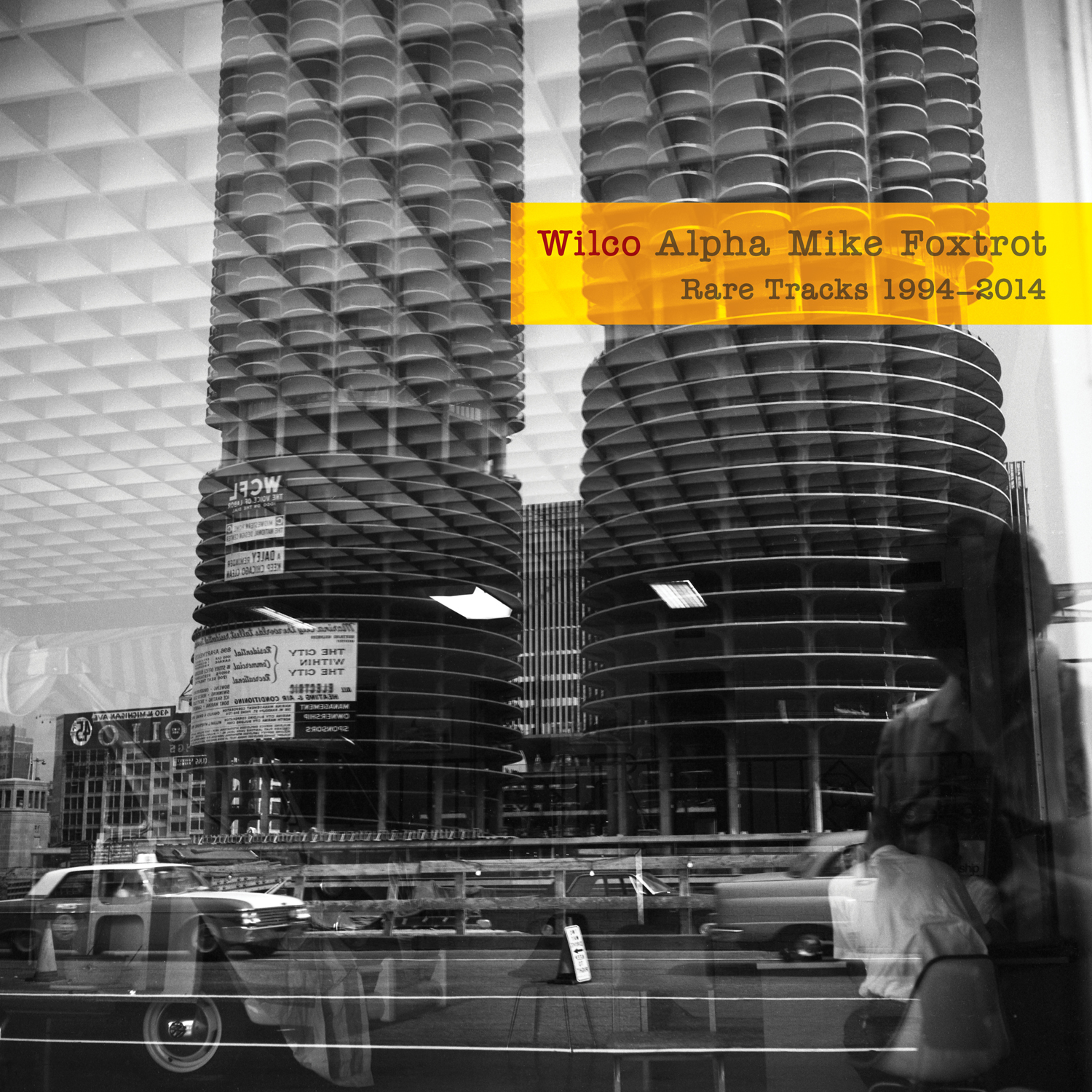 Over their now two-decade career, Wilco has proven as durable as nearly any other rock band of their time, but they’ve never had any hits, per se: Their highest charting single in the U.S., “Outtasite (Outta Mind),” peaked at #22 on the rock chart in 1997. They’ve always been a band that caters far more to music nerds and discography completists than average radio listeners. Thus, there’s a case to be made that between the two career-spanning compilations Wilco is releasing to celebrate their 20th anniversary, What’s Your 20? Essential Tracks 1994 – 2014, a two-disc set of the band’s greatest not-hits, and Alpha Mike Foxtrot: Rare Tracks 1994 – 2014, a four-disc collection of B-sides and rarities, it’s the latter that offers a more illuminating overview of Wilco’s long, strange evolution.

Packaged with characteristically self-depreciating track notes by frontman Jeff Tweedy, the 77 live cuts, covers, and outtakes on Alpha Mike Foxtrot indeed present a fully comprehensive survey of Wilco’s many eras. There’s nearly five hours of music here, and given the inherent nature of these types of collections (it’s just a repository of leftovers, after all), they’re for the most part surprisingly consistent. However, the set does peak early with the selections from the at-times tumultuous but highly fruitful Being There era (1996 – 1997). At that time, Wilco’s modus operandi seemed to be audience-trolling; the demise of Tweedy’s old band, Uncle Tupelo, was still a very recent memory, and fans who came out to Wilco’s shows expecting to hear the same old twang he used to dish were instead treated to dizzying rearrangements of previously straightforward country-rock songs, like the sloppy, tongue-in-cheek punk version of “Passenger Side” and weepy acoustic reboot of “Box Full of Letters” that appear here. (The band even dared to turn Gram Parsons’s Byrds cut “One Hundred Years from Now” into a choogling Stones-esque rocker for a tribute album.) This was a group that was challenging and reinventing itself on an almost nightly basis, and the sequence of songs from that era are a testament to how exciting they were.

During the subsequent career-making Summerteeth/Yankee Hotel Foxtrot era, Wilco’s urge for boundary pushing began to manifest itself in studio experimentation. The late Jay Bennett briefly seized a greater share of control over the band’s musical direction, resulting in a turn toward keyboard-heavy, ‘60s-influenced pop like the lush Yankee Hotel Foxtrot leftover “A Magazine Called Sunset” and Summerteeth lynchpins like “Via Chicago” and “She’s a Jar” (both presented here in lower-key demo form). Once Tweedy ousted Bennett, however, he quickly corrected course toward introverted singer-songwriter fare like the wistful “Cars Can’t Escape” (originally offered as a free download for purchasers of Yankee Hotel Foxtrot, and the largely hushed More Like The Moon EP, Wilco’s first post-Bennett release), included here in full.

The guitar-centric A Ghost Is Born was similarly moody, owing largely to Tweedy’s depression and (since rectified) addiction to pain medication, but most of the stray tracks from that era come from the album’s corresponding tour, for which Tweedy assembled a new six-piece guitar army spearheaded by the incomparable Nels Cline. This newfangled configuration of Wilco is still intact a decade later, making it by far the band’s longest lasting lineup—and for good reason. While the mid-2000s live cuts on Alpha Mike Foxtrot lack the spontaneity of the recordings from the Being There tour, Wilco transforms previously scaled-back cuts like “Hell Is Chrome” and “The Late Greats” into spiraling rock anthems and whip out some synchronized guitar-nut fodder on “Impossible Germany” and “Hate It Here.”

The more recent selections on Alpha Mike Foxtrot are about as spotty as the studio albums they correspond to, 2007’s Sky Blue Sky and 2009’s Wilco (The Album). But while some of the outtakes from this era stretch the boundaries of good taste (the hoary classic rock parody “Let’s Not Get Carried Away,” the ‘70s R&B kiss-off “Glad It’s Over”), they’re at least worth taking note of after hearing the band mope around so much on the previous three discs. Even if Wilco is in danger of running out of interesting new places to take their sound, it’s only because, as Alpha Mike Foxtrot is a convincing testament to, they’ve spent the last 20 years taking it to so many places already.