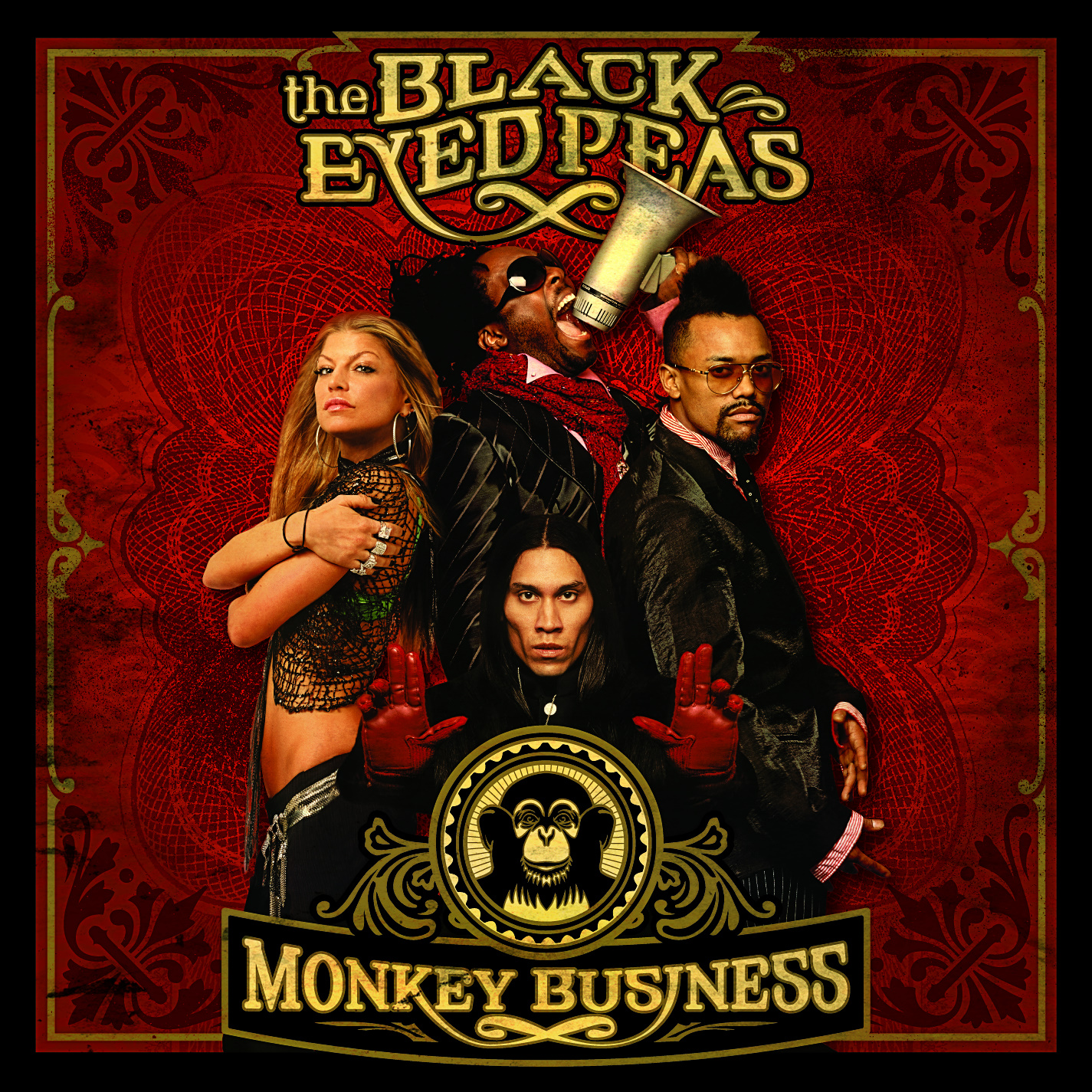 The Black Eyed Peas’s 2003 breakthrough album, Elephunk, was a slow-building success story. Filling the album with irritatingly catchy songs was a bold, ballsy move you couldn’t help but admire, and it transitioned the Peas, with the aide of new member Stacy Ferguson, from the Fugees-lite to omnipresent pop supergroup. For me, things hit an unbearable fever pitch around the time that the group’s infectious single “Shut Up” became my roommate’s ringtone—and, for the record, still is. (The use of contagion-like adjectives such as “catchy” and “infectious” is not unintentional.) And then there was the single “Let’s Get It Started,” changed from “Let’s Get Retarded” to suit the Walmart contingent—shoppers and staff alike.

To further amplify the obnoxiousness of the Peas’s success, more than half of their new album’s artwork is devoted to graphics depicting the group’s contracts, riders, bank statements ($0 to $250k in just 10 years!), air and ground travel requirements (“Town cars must have room temperature bottle water and breath mints. [We] don’t enjoy limos”!), and a cute lil’ Q&A that includes the curious definition of the album’s title, Monkey Business: “[People] can go from viewing you like a person to viewing you like a product.” Gee, I wonder why. If the band’s communal tongue is planted in cheek, I can’t see it because they’ve got their foot shoved down their collective throat.

According to the Q&A, if the Peas could change one thing about the music industry, it would be “to focus more on the music and less on politics and format.” So, at their request, let’s focus on the music: If Elephunk was manically captivating, Monkey Business, which stuffs as many musical references and ideas as humanly possible into its 15 tracks, is virtually unlistenable. The lyrics are limp, the hooks are hollow, and, aside from “Audio Delite at Low Fidelity” (which comes about eight tracks too late), the album never stops to let you breathe.

From the very first note of the very first song, “Pump It,” which samples Dick Dale and his Deltones’s “Misirlou,” there’s nary an original note on the entire album—the length of the writing/production/sample credits might explain the absence of lyrics, or else they were (rightfully) embarrassed to reprint them and so am I. “Dum Diddly” snipes the hooks from both Musical Youth’s “Pass the Dutchie” and the Bangles’s “Walk Like an Egyptian” (although the latter apparently not enough to warrant a writing credit), while the album’s lead single “Don’t Phunk With My Heart” (re-titled “Don’t Mess with My Heart” for radio) rips off Full Force’s Lisa Lisa gem “I Wonder If I Take You Home.” Was it too much to ask for the Peas to have at least a smidgeon of artistic integrity and risk losing the few radio station programmers who find the word “phunk” offensive?

With its hip-hop beat and live string and horn arrangement, “Gone Going,” an interpolation of Jack Johnson’s “Gone” from his 2003 album On And On, is a postmodern-y update that actually works, but it’s almost too little too late. It’s followed up with the fun but over-stylized “They Don’t Want Music,” featuring James Brown, and a slew of club-happy tracks that would make better ringtones than they do actual songs. Then again, a quick reminder of the Peas’s cloying, not-so-distant past (the socially-conscious “Union,” which features Sting and, perhaps unintentionally, evokes his cheesy collaboration with Rod Stewart and Bryan Adams, “All for Love”) makes it a little easier to embrace Fergie-era Black Eyed Peas for what they are: disposable pop.