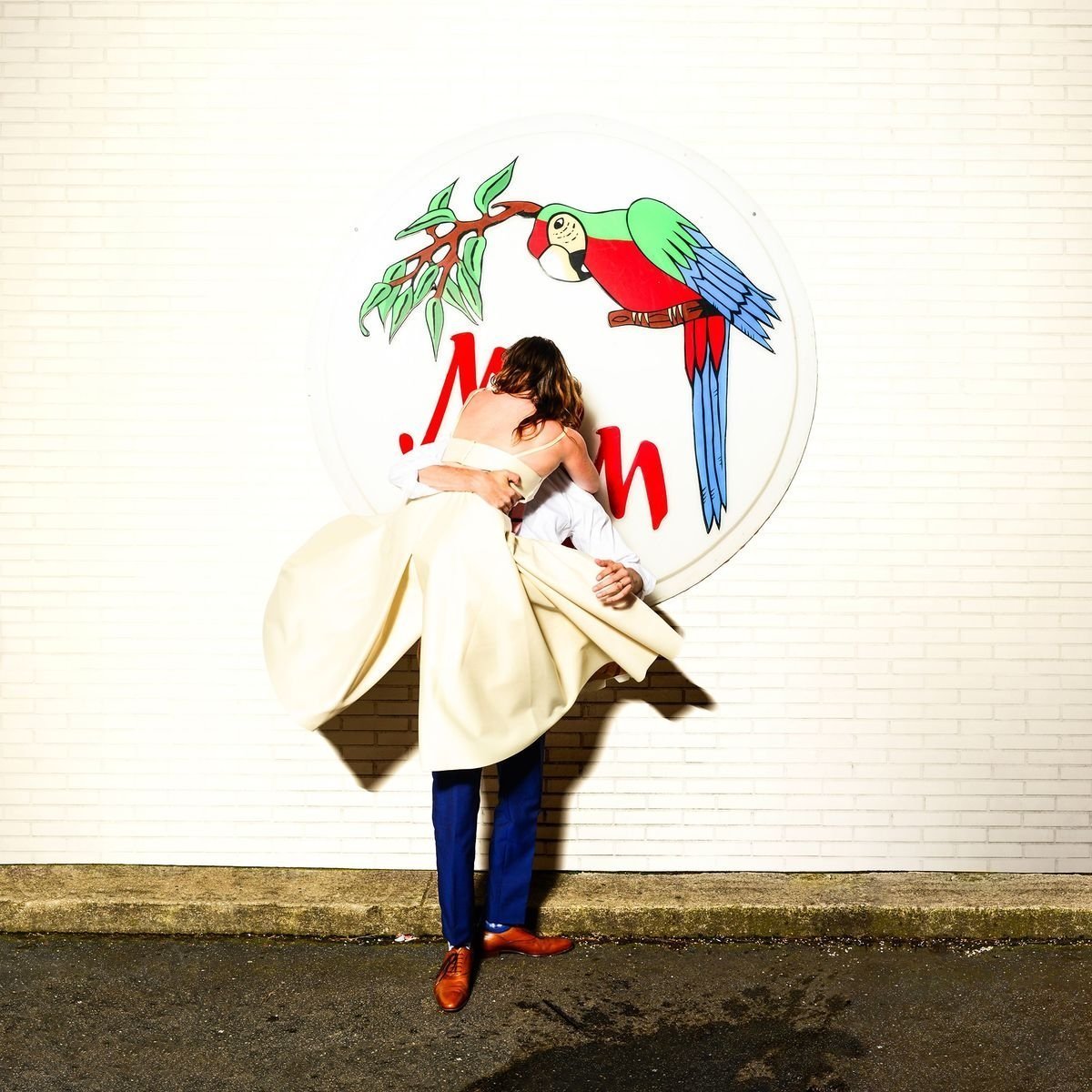 As they’ve inched closer to mainstream success, Sylvan Esso’s Amelia Meath and Nick Sanborn have grown cynical about fame. The duo remains keenly self-aware of their growing influence on their sophomore effort, What Now, calling out the notion of pop music as a commodity within an industry in which they seem most comfortable lurking on the fringe. While the pair’s 2014 self-titled debut hinted at notions of pop culture as a crutch, describing television as offering an unhealthy sense of “home” and smartphones providing ersatz companionship, What Now takes that theme a step further.

Compulsive mass consumption is portrayed as explicitly oppressive on “Radio,” a track that positions pop stars and their fans as “slaves” to the corrupting influence of unchecked capitalism on an industry that pumps out the next big thing “like a machine” and only serves to distract the populace from society’s ills. Which isn’t to say that Meath and Sanborn are averse to accessibility. The former’s measured soprano is paired with the latter’s danceable, richly textured beats for an aesthetic far more radio-friendly than their respective backgrounds in Appalachian folk might suggest.

What Now treats music as a force that’s cathartic and ephemeral but just as often deceiving. On the blithe “Song,” Meath argues that music can provide transcendence from the mundane, even if doing so can also border on a form of escapism that emptily promises to fulfill “all your wants and needs.”

For all their cultural commentary, Sylvan Esso’s greatest charm lies in their wry sense of humor and self-deprecation. On “Die Young,” Meath mourns the fact that a new love has “ruined” her plans to go the tragic way of many young celebrities, dooming her to wait around and enjoy companionship instead, the melodramatic tone delivered with a wink amid booming Italo-disco drums. Meanwhile, “Just Dancing” riffs on the rhythms of the dance floor prompting people to fall in love with superficial partners who can’t remember their names. And yet the band can deftly turn on a dime from uptempo and sardonic to poignant and introspective, as on the quiet restlessness expressed with Meath’s mellifluous coo on “Slack Jaw.”

Sylvan Esso knows that the occasional diversion is integral to a healthy culture, even as they recognize the fact that such distractions can be exploited to obscure deeper truths about ourselves. With What Now, the band celebrates infectious, accessible music as a diversion from the mundane, as a way to give voice to universal feelings, even as they warn against its ability to distract from genuine expression in favor of manufactured sentiment.