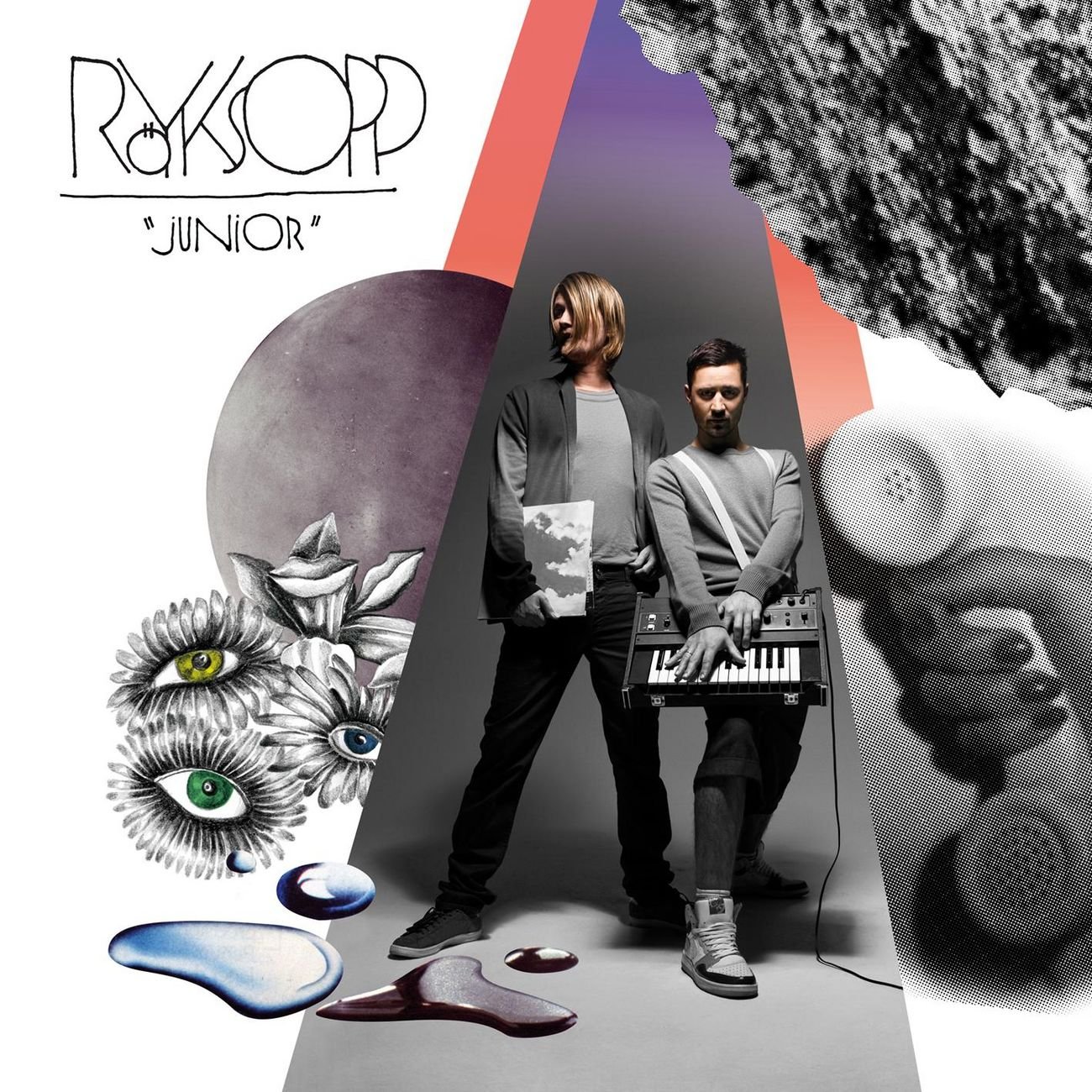 The allegedly more upbeat sibling of the yet-unreleased Senior, Röyksopp’s Junior is labeled by the band as the sound of spring, a fair classification that pins down both its light feel and the breathy, puerile current captured in its throbbing beats. Suitably mindless and effervescent, the album crystallizes the baroque dance pap for which Scandinavia has come to be known, aided by guest spots from Swedish stars Robyn, Lykke Li, and Karin Dreijer Andersson. This is music so inconsequentially lustrous, so meant for the dance floor, that sitting around listening to it makes you feel lazy. While irrepressibly buoyant, the album may feel to the casual listener like the soundtrack to a movie they haven’t seen.

Röyksopp’s decision to divide their sound into two neatly marketable albums—Senior is slated for a fall release and will contain more autumnal-themed tracks—seems like an unnecessary move, since Junior does not sound any more sprightly than prior work, and it contains some downbeat moments in spite of itself. Songs like “Silver Cruise,” with its racing, often dreary string section, present a darker counterpoint to the frothy dance that dominates the album, though the song feels like a thin mood piece wedged between the high-pitched dance surge of “You Don’t Have a Clue” and the scintillating, robotic electronica of “True to Life.” These darker moments, then, appear and vanish like the brief torrents of an April storm, preparing the ground for further exploration of carefree, blooming dance numbers.

Robyn and Röyksopp Get Monumental in New Music Video for “Monument”