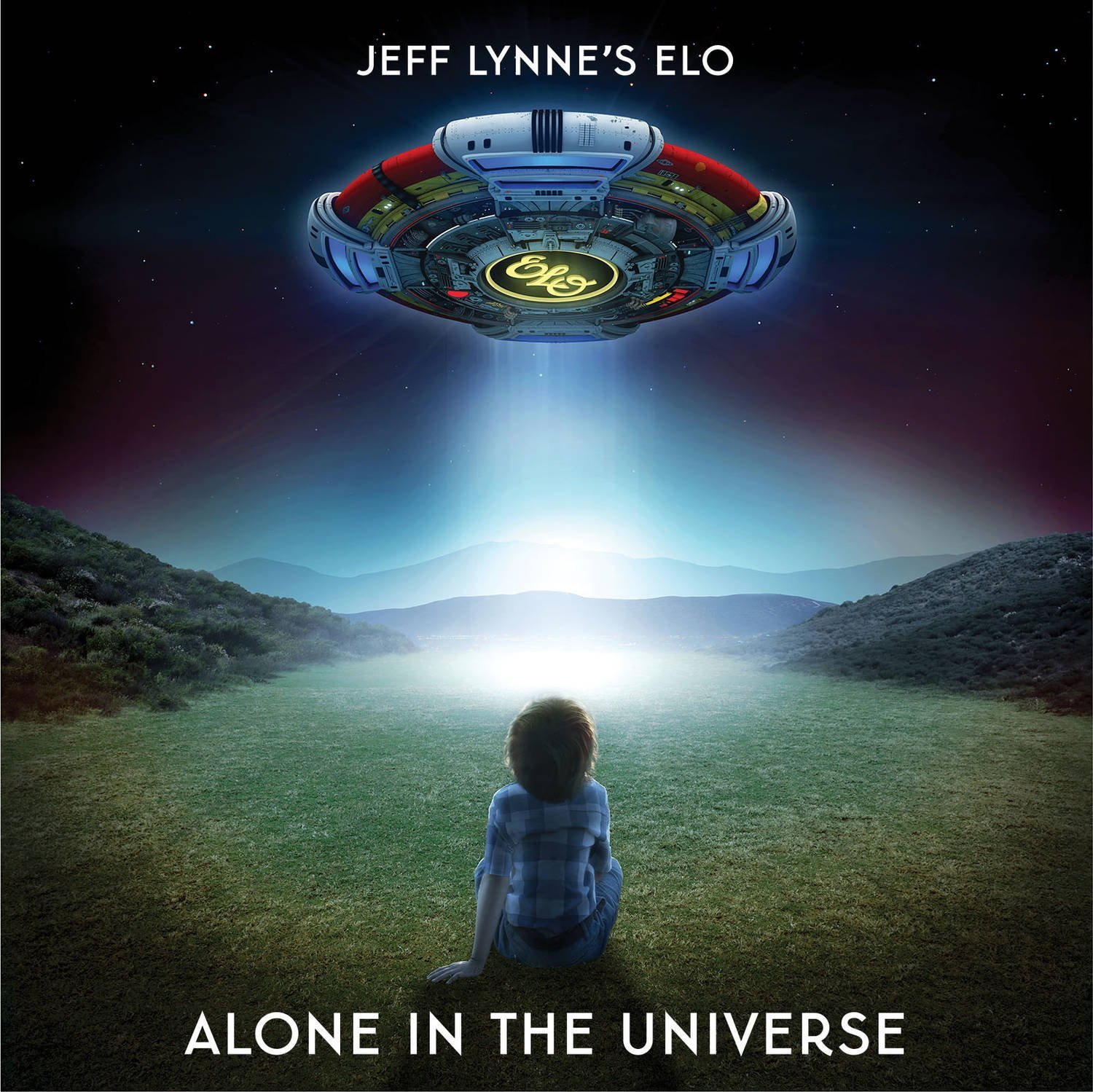 With his mix of antsy orchestration, falsetto choirs, talking guitar lines, and willowing piano chords, ELO’s Jeff Lynne created the most distinct studio vernacular of the 1970s, though his legacy has endured less than that of his peers. It’s this precise sound that initially conjures an immediate familiarity on Alone in the Universe, the first proper ELO album in 14 years. Ten seconds into the first track, “When I Was a Boy,” a weeping piano and quivering strings frame Lynne’s space-boy voice. And with further layers of stuttering drum fills and wistful acoustic guitar, the song allows Lynne to introduce, one by one, his usual sonic tricks.

The main difference between Alone in the Universe and classic ELO efforts, true to the album’s name, is that Lynne comes off as quite alone. The harmonies are thinner than expected, the arrangements less adventurous than modest. From a band once so characteristically ornate, it’s first jarring, then rewarding, to hear the intimacy in the slow, bedroom pop of “All My Life,” or the way Lynne works soft and ambient sections into the title track and “The Sun Will Shine on You.” These moments are like reconnecting with a long-lost friend, the things that have changed more captivating than what’s stayed the same.

Still, there’s dullness throughout—sometimes born of formula, sometimes born of overzealousness, and sometimes in unbearable stretches. Lynne was never exactly a wordsmith, but a line like “She’s dirty to the bone/She’ll deceive you ‘til the cows come home,” from “Dirty to the Bone,” sounds at once cliché and out of touch. “When the Night Comes” isn’t bad for sounding like overcooked space reggae, but for ripping off Lynne’s own “Not Alone Any More” from his Traveling Wilburys days. And the monotonous “Love and Rain” inserts professional backup singers where one expects Lynne’s trademark harmonies. Even “One Step at a Time,” a highlight for its urgency and catchiness, recalls an earlier, more fundamental ELO hit (“Evil Woman”), but it’s hard to tell whether one is responding to the song itself or the nostalgia it inspires.

Perhaps Alone in the Universe isn’t intended as reinvention, but as a reintroduction to Lynne, still somehow an unsung hero after tens of millions of albums sold and countless hit singles. The best of these 10 tidy songs are fun and uncannily recognizable, even the first time you hear them, as songs by Lynne. The worst are still uncanny, but less hooky, and earn the biggest insult you can throw at any ELO song: They’re colorless.